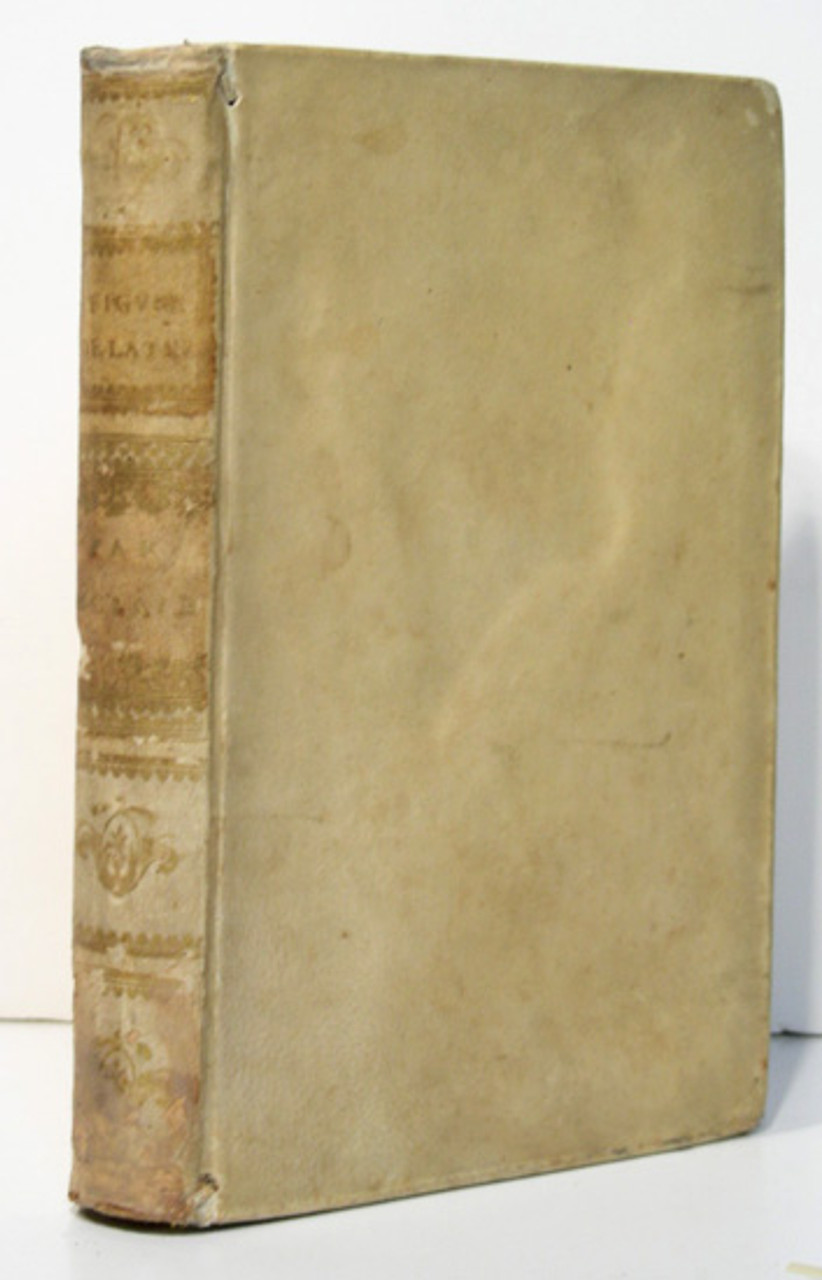 This rare work is complete and in a period vellum with gilt spine titles and panels. The binding is tight with light separation of vellum from boards, the text is very clean with owner’s penned name on title. In very good condition.
FREE SHIPPING ON ALL BOOKS.

A French mathematician and physicist, Clairaut (1713-1765) is considered one of histories most prominent mathematicians. He was elected to the Académie at the age of 18 following the publication in 1731 of his Recherches sur les courbes à double courbes.?He developed the concept of skew curves (the earliest precursor of spatial curvature); he made very important contributions in differential equations and mathematical physics. Clairaut supported Newton ideas, and helped translate Newton's work into French. ?The theories of Newton and Déscartes gave different predictions for the shape of the Earth (whether the poles were flattened or or more pointed). In 1736 Clairaut participated in Pierre Louis Maupertuis' expedition to Lapland to determine the length of 1° of a meridian within the Arctic circle. The aim of the expedition was to determine the shape of the Earth by measuring its curvature at the places where it differed most. One of these was at the poles. This was a crucial test of Newtonian mechanics that the Earth's rotation should cause it to bulge at the equator and flatten at the poles.  ?After his return he published his treatise “Théorie de la figure de la Terre” (1743). In this work he promulgated the theorem, known as Clairaut's theorem, which connects the gravity at points on the surface of a rotating ellipsoid with the compression and the centrifugal force at the equator. This hydrostatic model of the shape of the Earth was founded on a paper by Colin Maclaurin, which had shown that a mass of homogeneous fluid set in rotation about a line through its center of mass would, under the mutual attraction of its particles, take the form of an ellipsoid. Under the assumption that the Earth was composed of concentric ellipsoidal shells of uniform density, Clairaut's theorem could be applied to it, and allowed the ellipticity of the Earth to be calculated from surface measurements of gravity.  Measurements at high latitudes showed the poles to be flattened proving that Isaac Newton was right. The work is seldom offered for sale.