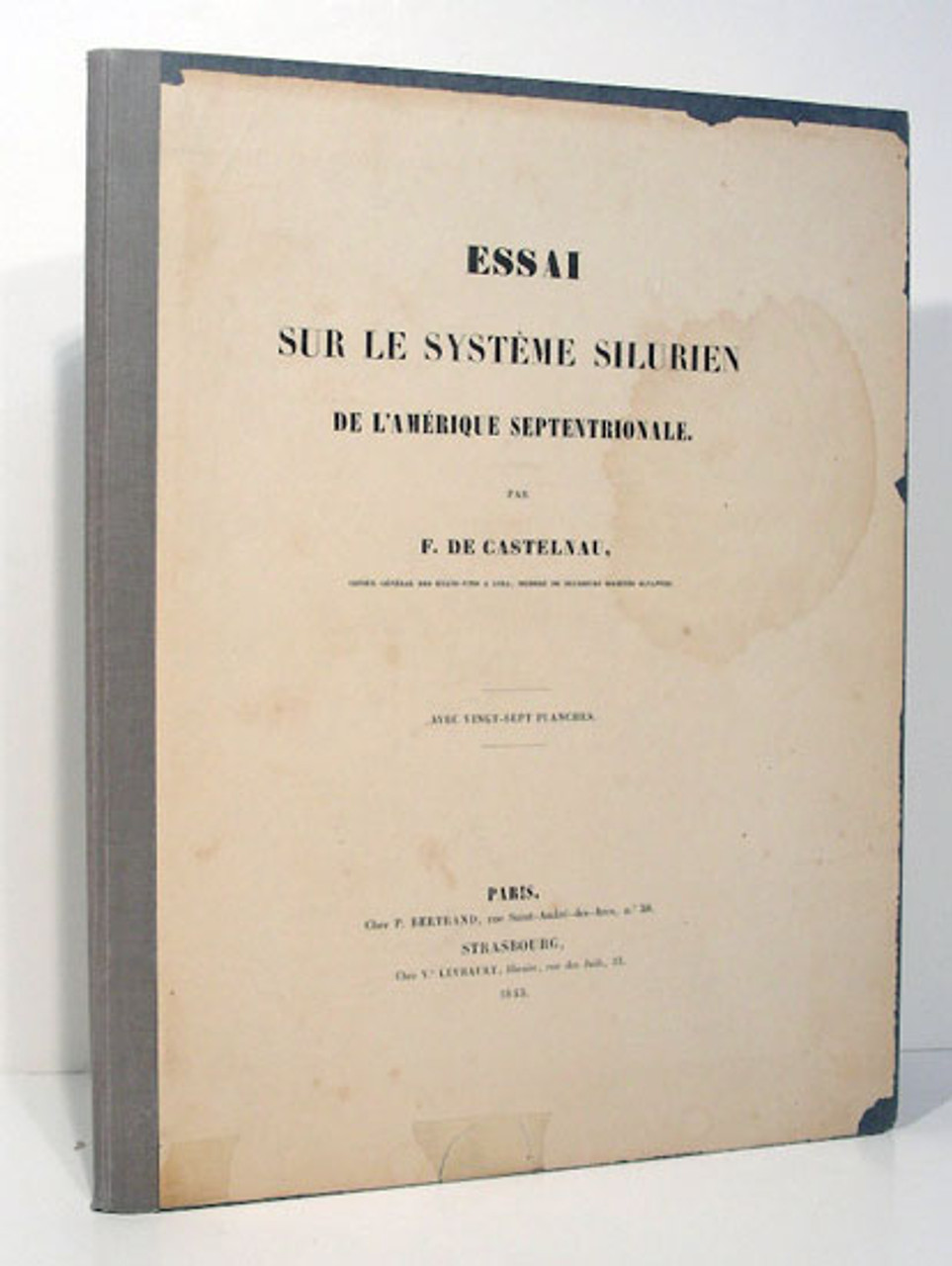 Bound in a modern archival folder with original cover preserved. Binding is tight and clean, text and plates have light to moderate damp stain on the outer margin to outer third. Over all in good condition.

Laporte (also known as Francis de Castelnau) (1810-1880), was a French naturalist, born on 25 December 1810 in London. He studied the natural sciences in Paris under Baron Cuvier, Geoffroy Saint-Hilaire and other prominent zoologists. After finishing his education he spent ten years traveling in North and South America.  In 1837-41 he travelled in the United States, the Texas region and Canada studying the geology, fossils, flora and fauna. In 1843-47 he went from Rio de Janeiro to Lima in South America, collecting specimens from the River Amazon. The observations of his travels in America are found in his 1843 "Essai Sur le Systeme Silurien De L'Amerique Septentrionale". Much of the study (and the plates) provides descriptions and locality details on the invertebrate fossils collected by Laporte.