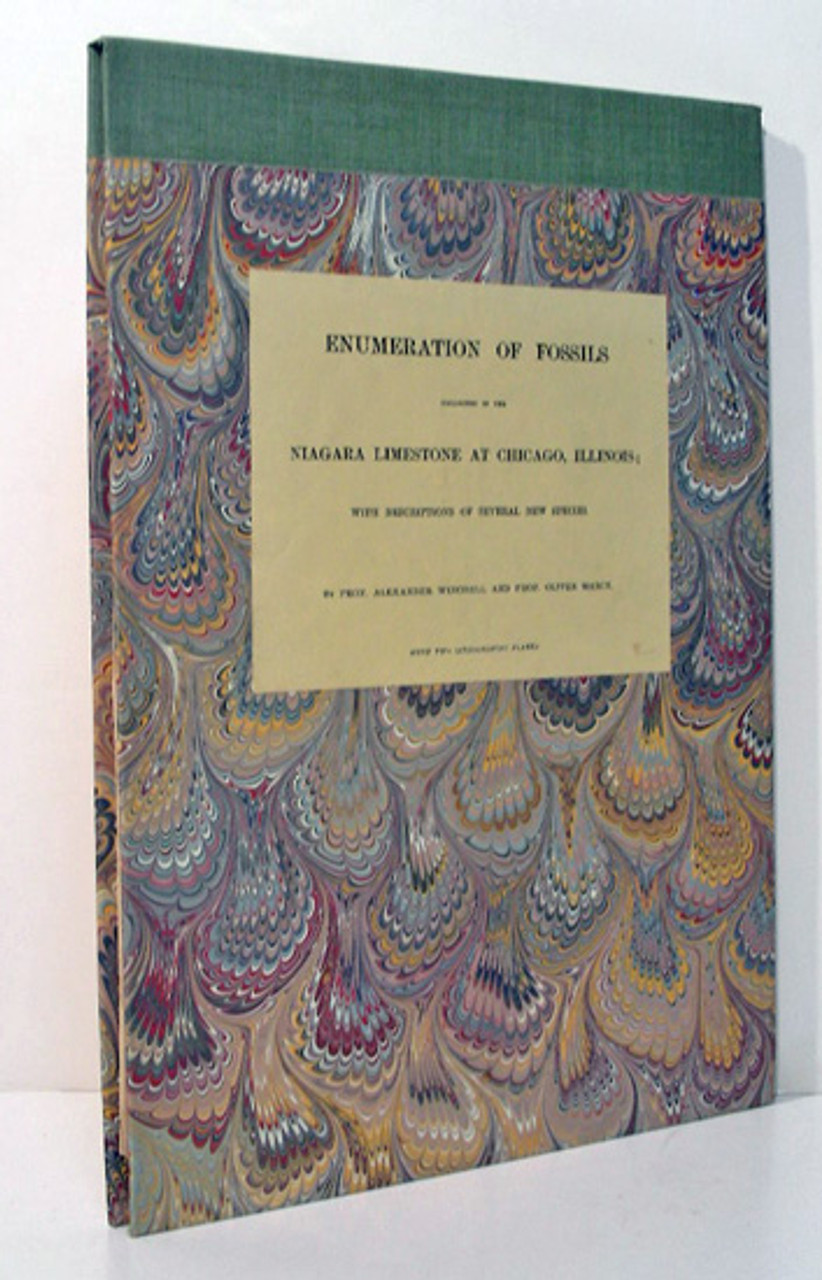 The work is complete and In a modern cloth and marbled boards. The binding is tight and clean, the work was once horizontally folded in half and each page has now been repaired with clear archival tape along that center fold and the title page has been repaired along creases at the outer margins. The work is inscribed by Winchell to his daughter: “Dennie Winchell from her affectionate father”. A very rare work in the original printing.

Winchell (1824-1891) was for many years state geologist of Michigan and professor of geology and paleontology at the University of Michigan. He defined and first named Mississippian (Lower Carboniferous) strata along the upper part of the Mississippi River. Mt. Winchell in California was named for him. As a lecturer and writer Winchell did a great deal to reconcile the conflicts between science (particularly evolution) and religion. Like Rev. Henry Ward Beecher he embraced evolution as God's way of working out his purposes in the world. Marcy (1820-1899) was a Professor of Natural Sciences at Northwestern University from 1862 until his death in 1899. He  established the Northwestern University Museum of Natural Historyand served as curator from 1871 to his death.
The authors collaborated on the above study which provides a systematic description of invertebrate fossils from a newly discovered locality which was limestone quarries in Bridgeport a suburb in the south part of Chicago.