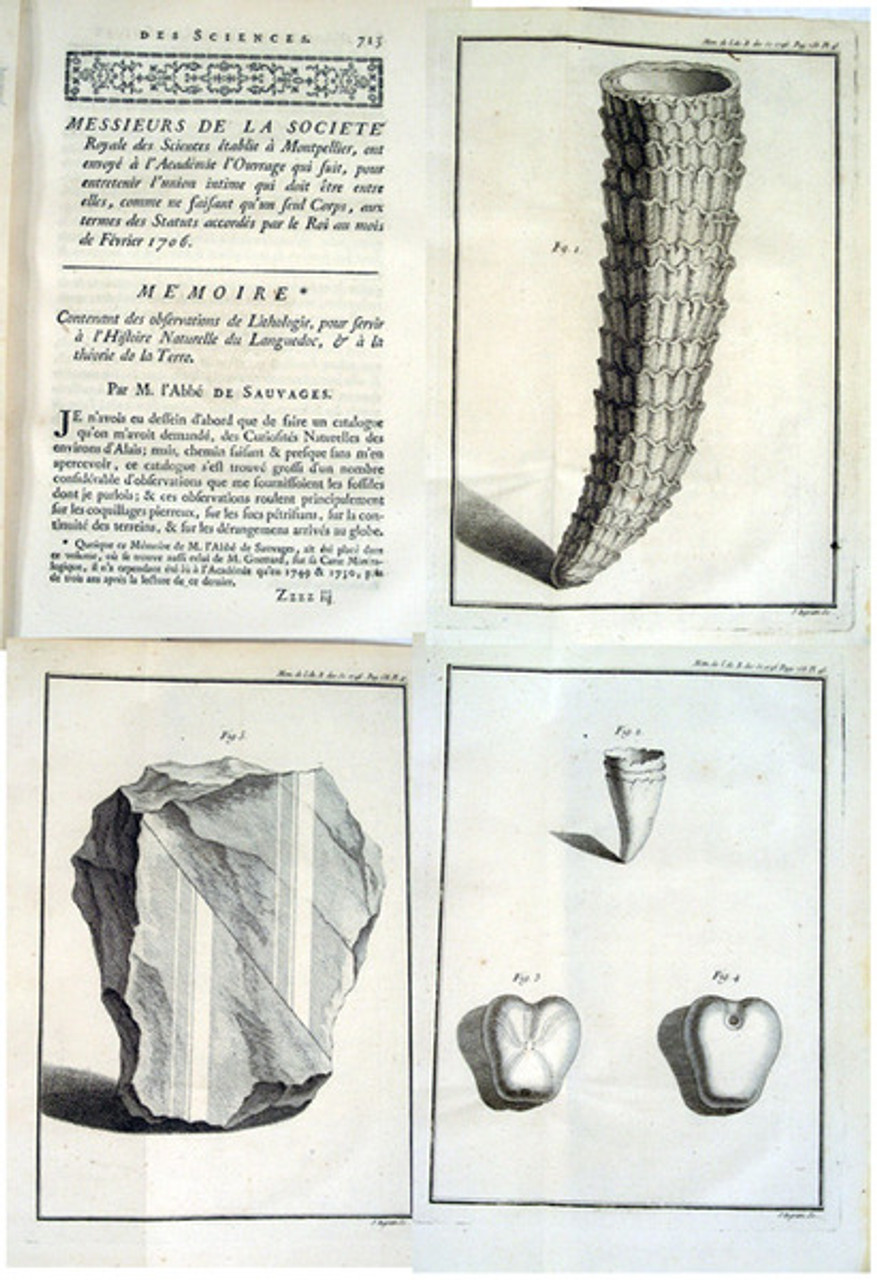 The work is complete and in a modern archival folder. The binding is tight and clean, the text and plates are very clean. In very good condition. Very rare.

François Boissier de Sauvages De Lacroix, (1706-1767) was a French naturalist and botanist. He also studied the fossils and stratigraphy of the Languedoc region in the south of France. The area has long been known for its fascinating geology, stratigraphy and fossils. In the above fascinating and little known memoire, Sauvages de Lacroix describes the nature of the various rocks that form the chains of hills, their constitution and lithological featues and ores. He continues on and describes the shells and other fossils and how most are unique to particular features which he calls channels. He carefully describes and illustrates one remarkable shell shaped like a cone which is to be further described 100 years later by his grand-nephew the Baron d'Hombres-Firmas and named Hippurites Sauvagesii. Finally he describes a beautiful specimen of Iceland Spar and finishes the work with a discussion of caves and the formation of the features seen.