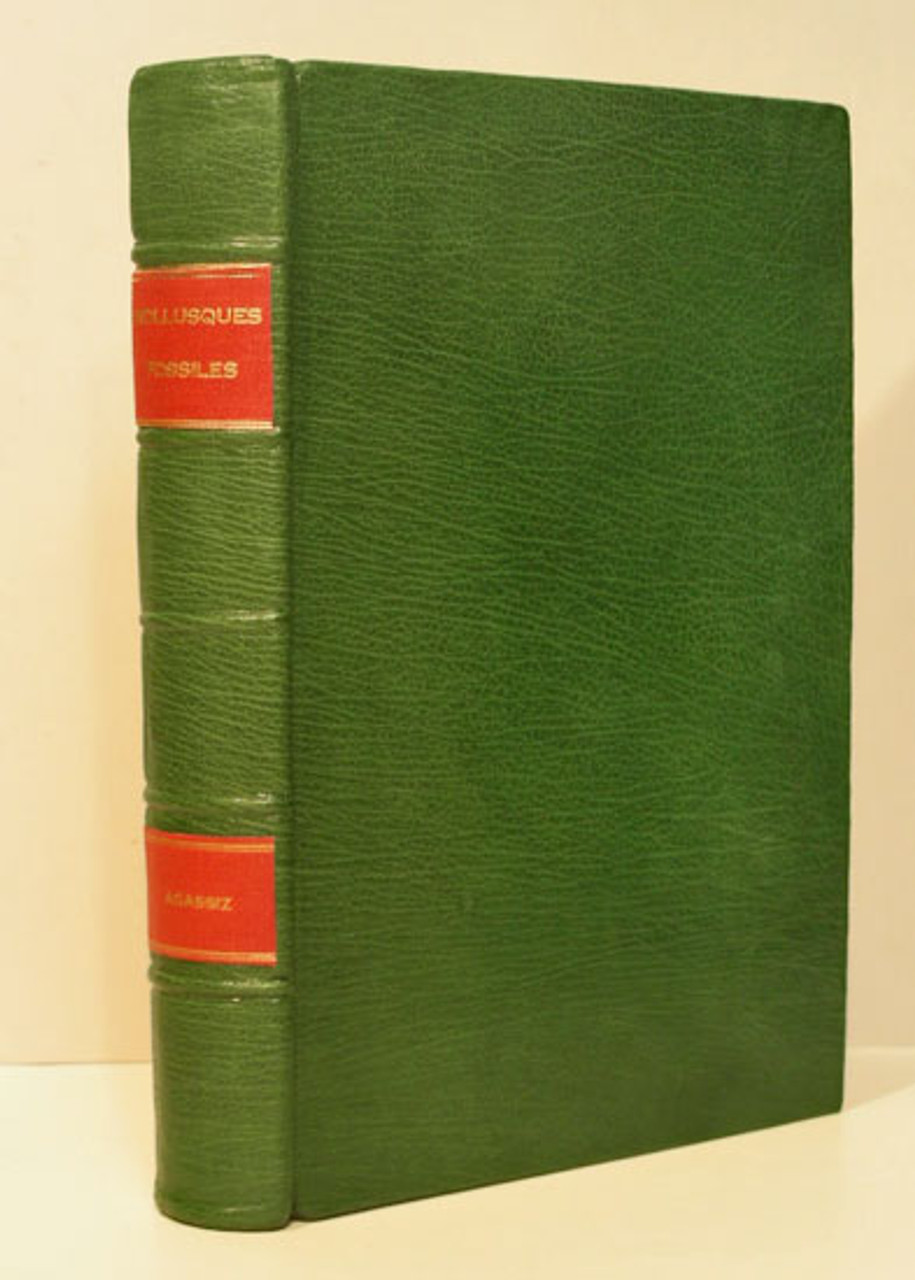 The work is complete and in a modern full calf with gilt spine titles. The binding is tight and very clean with the original title wraps bound in. The text and plates are very clean, library stamp on one cover and title page and withdrawal stamp verso of each. In very good condition. A rare work.

Agassiz (1807-1873); a Swiss paleontologist , geologist and naturalist did his early studies at Neuchatel, Switzerland prior to immigrating to America. He is considered one of the great scientists of his day, one of the "founding fathers" of the modern American scientific tradition and one of the most prominent figures in systematic paleontology for his studies of fossil fish and in glaciology for his glacial studies. His prominent studies in each field are considered major works in the history of science. After receiving his medical degree from the University of Erlangen in 1830, he went to Paris in November 1831 to study comparative anatomy under Cuvier. With the publication of his vast work on the fossil record of fish, Poissons Fossiles, Agassiz's reputation began to grow in the scientific community. After Cuvier's death, Agassiz received a professorship at the Lyceum of Neuchatel in Switzerland, where for thirteen years he worked on many projects in paleontology, systematics, and glaciology. In 1846 Agassiz immigrated to America. in 1848 he accepted a professorship at Harvard. He immediately set about organizing and acquiring funding for a great museum of natural history. In 1859 his efforts were realized with the founding of the Museum of Comparative Zoology, which opened its doors in 1860. He was also a founder of the National Academy of Science.
As early as 1829 Agassiz planned a comprehensive and critical study of fossil fish and also fossil invertebrates and spent much time gathering material wherever possible. His epoch-making work on fossil fish, Recherches sur les poissons fossiles, appeared in parts from 1833 to 1843. Turning his attention to fossil invertebrates, Agassiz published in 1838–42 two volumes on the fossil echinoderms of Switzerland, and also his multi-part work Etudes critiques sur les Mollusques Fossiles (critical study of fossil mollusks) of Switzerland. The work is one of the first systematic studies of fossil marine mollusks.