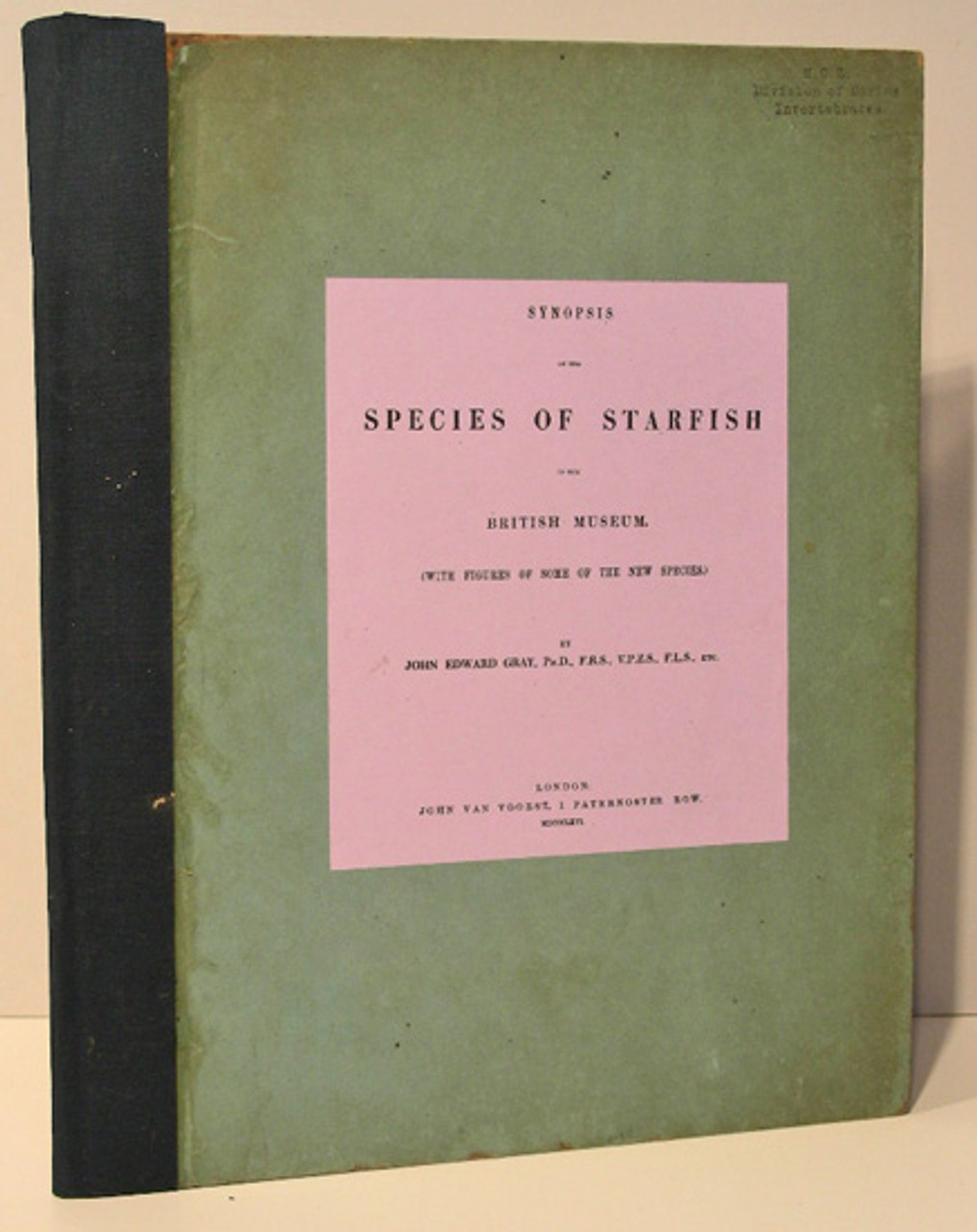 Contemporary boards with recent cloth spine. Binding rubbed at edges, withdrawal stamp of Harvard MCZ on cover and on book plate. Text is clean and title page is inscribed by Gray to Louis Agassiz. In very good condition.


Gray, (1800 – 1875) was a British zoologist. He was educated in London and after being rejected membership by the Linnean Society he turned his attention from botany to zoology. ?Gray had started collecting insects at age 15 and officially joined the British Museum staff  in 1824 and was tasked with helping John G. Children catalog the reptile collection. In 1840 he assumed Childrens title as Keeper of Zoology, a position he held until Christmas 1874 when the Natural History holdings were split off to the Natural History Museum. He published several catalogues of the museum collections that included comprehensive discussions of animal groups as well as descriptions of new species. Through his efforts the zoological collections became amongst the best in the world. During his fifty years at the British Museum Gray described numerous new species new to science.