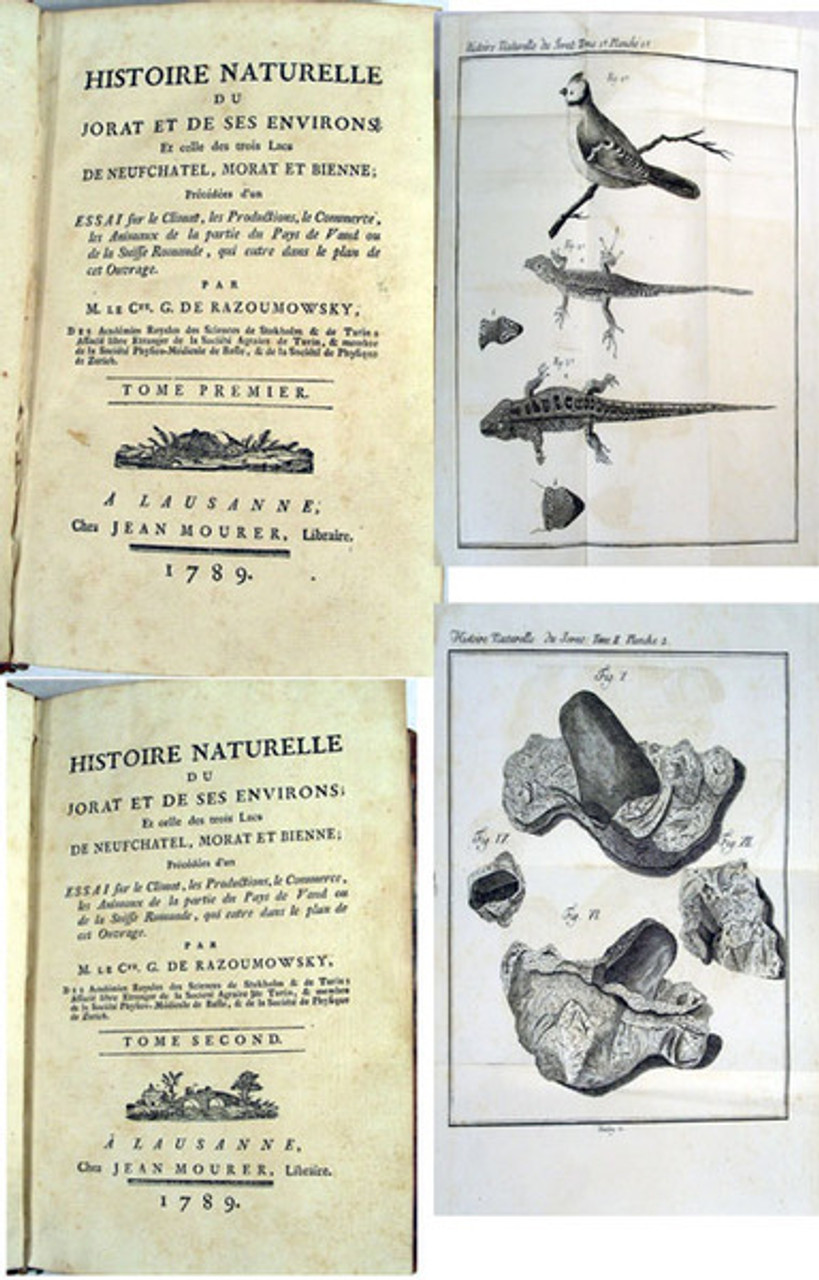 The set is complete and in a contemporary full calf with gilt titles. The bindings are tight with scuffing and rubbing to the boards. Early book-seller plate on paste downs and owners name penned on end sheet. Light toning to text margins. In very good condition.

Razumovsky, (1759-1837) was a Ukrainian nobleman, political philosopher, botanist, zoologist and geologist. He lost his Russian citizenship for openly criticizing the Czarist system under emperor Alexander I. Razumovsky emigrated to western Europe, where he was subsequently incorporated into the Bohemian nobility in 1811 and accorded the rank of count of the Austrian Empire. He authored several books on mineralogy and geology. He lived for many years in Lausanne, Switzerland. While in Switzerland he dedicated himself to the study of the natural history, geology and mineralogy of the country. As a natural scientist, Gregor was the first to describe and classify the “Triturus Helveticus Razoumovsky”. His Histoire Naturelle is an illustrated account of the fauna, paleontology and geology of the Swiss Jura, in the vicinity of Neuchâtel, Murten and Biel, northwest of Bern. The first volume describes the fauna according to the Linnean system. The second volume contains a geological description with notes on mining, minerals, and fossils. The illustrations cover zoology, entomology, fossils and geology.