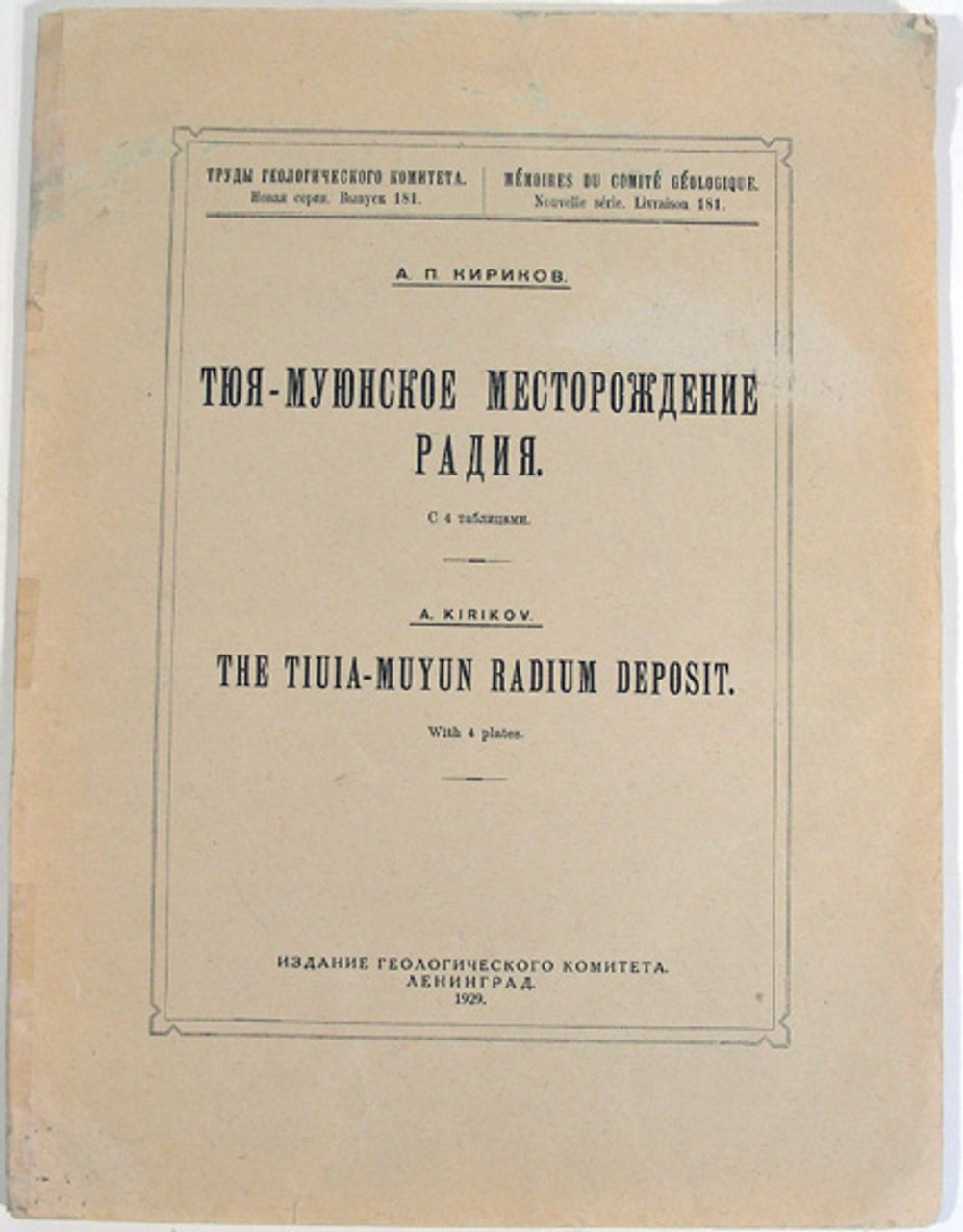 The work is complete and in the original title wraps. Bindings is tight, minor rubbing to cover corners, text is very clean. In very good to near fine condition. Rare.

Andrei Pavlovich Kirikov (1892-1937) was a Russian geologist and mineralogist. Kirikov graduated from the Petrograd Mining Institute in 1923 and then was a research worker of the Radium Institute. Later he worked at the TsNIGRI, and was a professor of geology and mineralogy at the Leningrad Mining Institute. In addition to these duties Kirikov was the chief engineer at the Tiuia-Muyun mine. The mine was a copper-unranium-vanadium deposit in the Ferghana region of the former Soviet Union near the town of Andijan in present day Uzbekistan. ?Kirikov describes the geology, the ore deposit and its structure, mineralogy and gnesis. Copies of the study were suppressed shortly after distribution with many being destroyed.?In roughly 1935 Kirikov; along with numerous other scientists fell out of favor with Joseph Stalin and along with many military officers in the Soviet Union he was arrested in late 1936. On May 26, 1937 he was sentenced to ten years in a gulag and had all of his property confiscated. After the verdict Kirikov was transferred to Grjazovets Vologda region of Russia. On September 1937 his wife was also arrested and condemned to five years at a correctional labor camp. Correspondence from Kirikov ended in 1937, probably as a result of his death. On December 8th, 1956 he was exonerated of any crimes and posthumously “rehabilitated”.