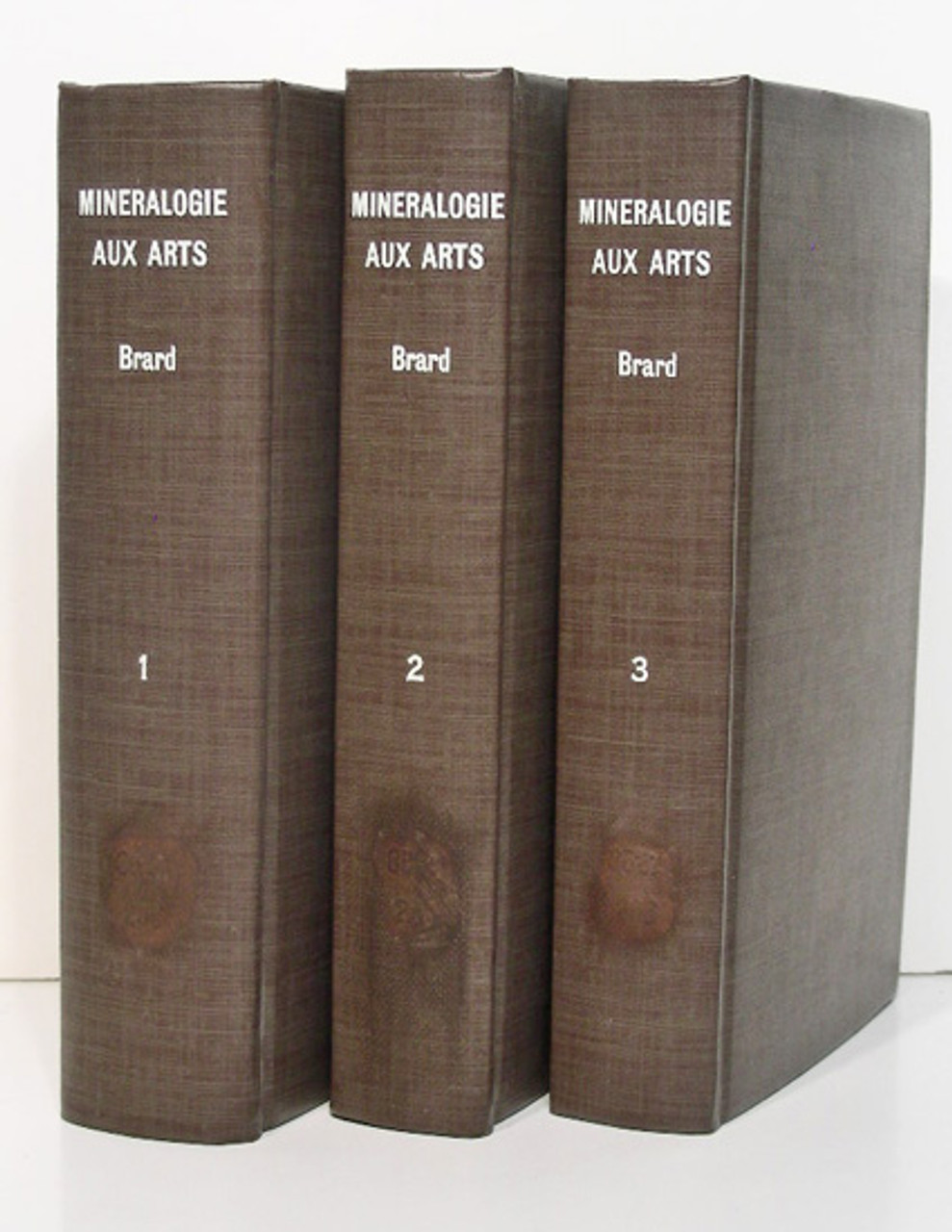 In modern cloth, x-lib. with smudge mark on lower edge of spines, light to moderate foxing to first four pages of each volume, small discard stamp on end sheets. In very good condition.

Brard; ( 1788-1838 ) was a French mineralogist, and economic geologist. ?He studied mineralogy under Bronignart, and while still a student published his Manuel du Minéralogiste et du Géologue Voyageur (Paris, 1805). He made an extensive tour by foot of the Alpes in Switzerland and Central Europe studying the geology and mineralogy, and in 1808 he became an aide to Faujas. Brard was appointed director of the copper mines of Servoz in 1813 where he was the first to use anthracite coal as a fuel. In 1816, he entered into a franchise that created a glassware factory in Lardin.?He is noted for his contributions to mineralogy and also to the understanding of the stratigraphy of the Paris Basin. ?Brard’s Minéralogie appliquée is his major treatise on economic mineralogy. Within it he provides descriptions of the various mineral substances, the deposits, and their uses. The uses range from agricultural to gems for jewelry to ornamental architectural. The first part of the work covers the agricultural uses of minerals. The second covers minerals used as fuels. The third covers those minerals with applications to the medicines which includes "remedies of imagination". The fourth part covers edible minerals. In the fifth part Brard treats the architectural stones, i.e. the marbles, granites, paving stones, alabasters, serpentines and also their quarrying and shaping. The sixth part covers those minerals used in pigmentation and drawing. In the seventh part, Brard describes those minerals used in ceramics, glazing, refactories, and as abrasives or polishing agents, i.e. the diamond. The eighth and final part is devoted to the gemstones. It contains descriptions of their properties, and classes them according to value. Identification tables are provided as well as plates showing faceted stones, carved works and lapidary equipment.