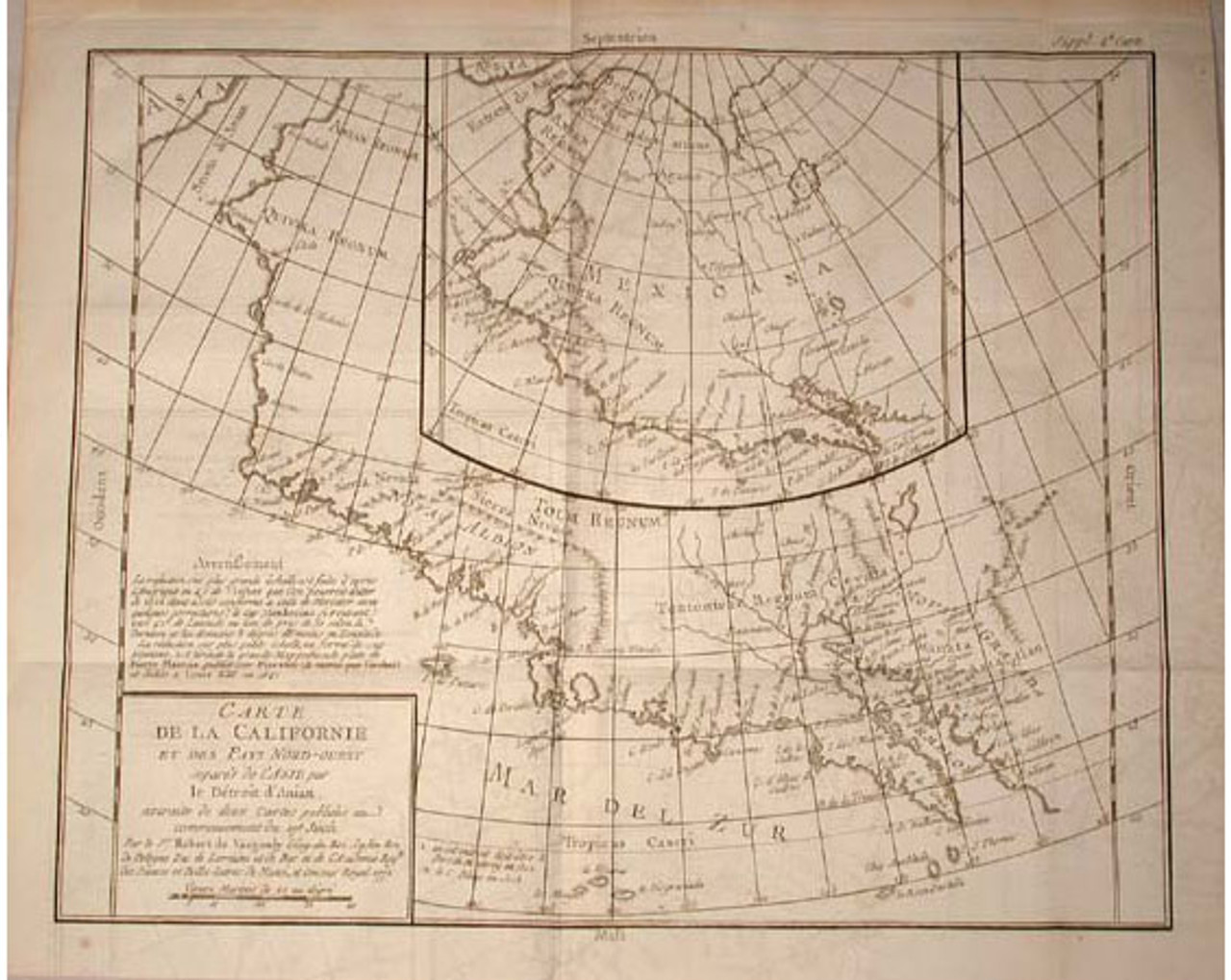 Detailed map of the West coast of North America as depicted in the large Visscher map of 1612, with a large inset map of western North America including Anian, Quivira and California as shown in a large world map by Petrus Plantius of 1641. The two maps used by the Robert de Vaugondy family to develop this image were by Plancius and Visscher. There is a large upper central inset labelled 'Mexicana', which as positioned would have extended into modern west and midwest, with 'Anian Regnum' positioned in the northwest by the strait. California appears peninsular here, with the northern labels of Anian and Quivira Regnum, and the southern portion crudely marking the Sierra Nevada range and Nova Albion.