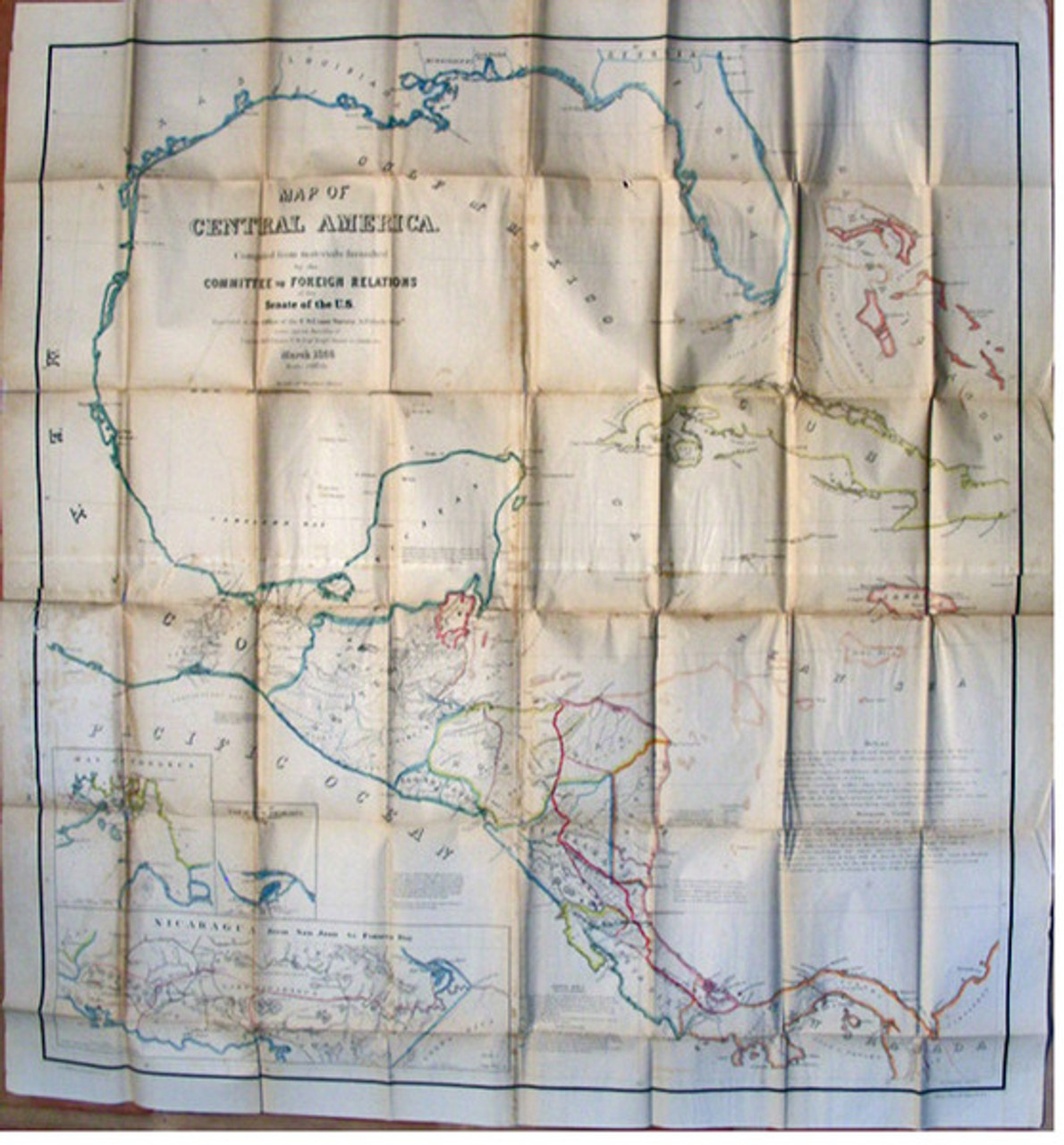 Williams, L. D. & Bache, A. D.  & Palmer, W. R.; A Map of Central America, compiled from Materials by the Committee on Foreign Relations of the Senate of the United States. Executed at the Office of the U. S. Coast Survey, March 1856. Washington, GPO, 1856. Large folding map lithographed by Julius Bien, hand-colored in outline. Size is 45 inches by 44 inches. Three insets: Nicaragua from San Juan to Fonseca Bay (showing proposed canal route). The Bay of Fonseca. The Port of San Juan.

The map is folded as issued and in the original brown cloth boards with gilt title. Boards have been re-cased with matching spine. Map is backed at folds with tissue. Small rubber stamp of Cornwall Library verso of one panel. In very good condition.

This map was a part of the massive American mapping campaign of Central America which took place at the height of the movement for an inter-oceanic canal across the region Although showing the Atlantic and Gulf coastline from southern Georgia to northern Colombia and the Pacific coastline from southern Mexico to the Bay of Panama, the map is especially focused on Central America. Great detail has been added to the interior of those countries, including towns, rivers, railroads and proposed canal routes. A proposed boundary is shown dividing Nicaragua from the Mosquito Coast.