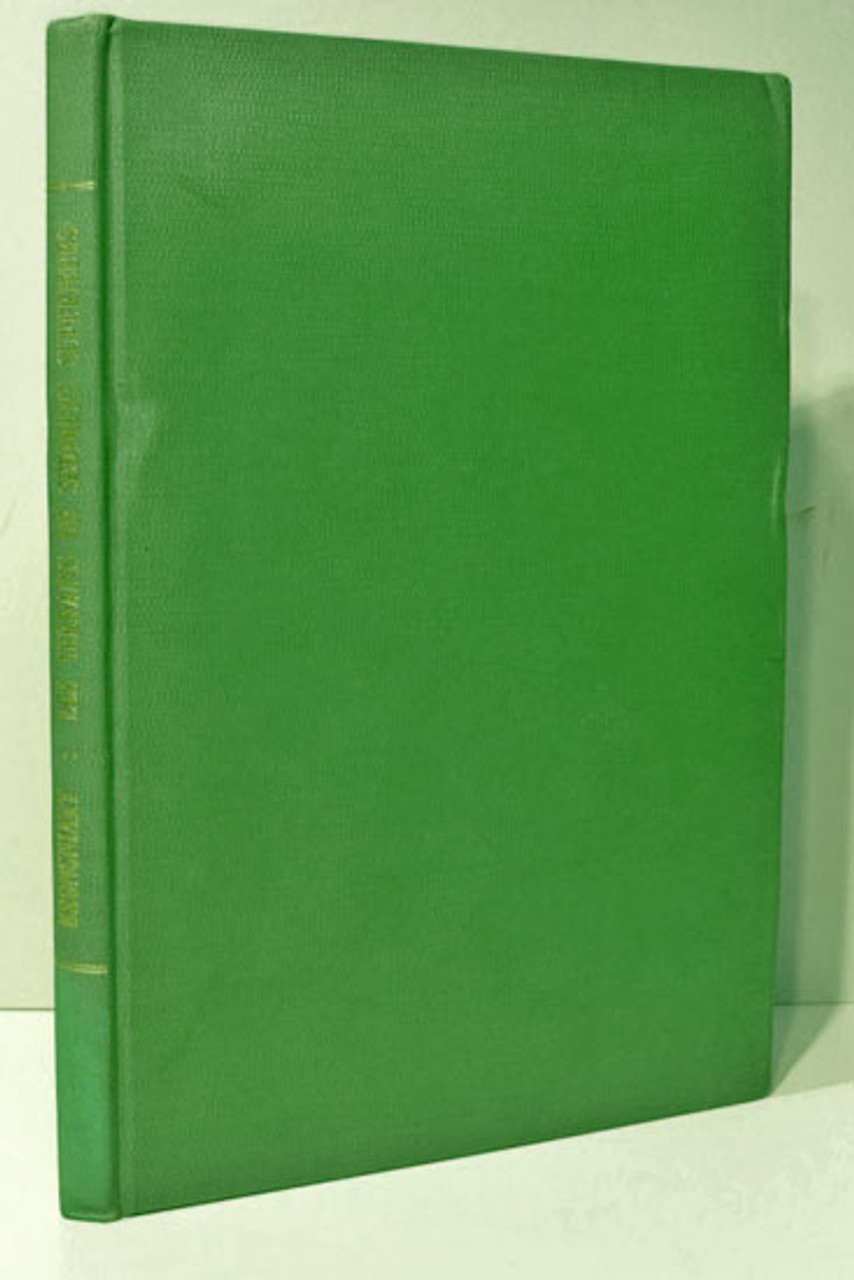 The work is complete and in a recent cloth with gilt titles. The binding is tight and clean. X-lib., defunct Upsala College with book plate on paste down, earlier inked inscription on verso of title page partially obscured. The text and plates are clean, lightly trimmed at margins. In very good condition. Rare.

Alexandre Brongniart,  (1770 - 1847), was a famous French mineralogist, geologist, and naturalist. He first arranged the geologic formations of the Tertiary Period in chronological order and described them. Brongniart traveled widely in western Europe observing and studying geological features and published numerous papers detailing his studies. Brongniart’s earliest scientific papers (the first was published in 1791) were on various zoological and mineralogical subjects. In the former he was strongly influenced by Georges Cuvier. In an early study he classified reptiles. Brongniart’s grouping of the true reptiles—into chelonians, saurians, and ophidians—has been retained in modern systematics.
Brongniart defended the methodology used in a special memoir, “Sur les caractères zoologiques des formations” (1821), in which its validity was argued with reference to strata equivalent to the Chalk. His most striking example was his discovery of fossils identical to those of the Chalk in a limestone outcropping more than 2,000 meters above sea level in the Savoy Alps. This countered the earlier belief that strata formed at a single period should be relatively constant in both lithology and physical position. ?His “Mémoire sur les terrains de sédiment supérieurs” (offered here) described a similar variety of occurrence, in rocks containing fossils identical to those of the Tertiary strata around Paris. Like the “Chalk” rocks, these varied greatly in lithology, some being associated with volcanic rocks; they might be flat-lying or highly folded; and they might outcrop at any altitude from sea level to the summits of the Alps. In spite of this variety, Brongniart maintained, it was far more satisfactory to accept them all as being of the same age than to assign the Alpine occurrences to a much earlier epoch simply on the grounds of their position. Brongniart’s empirical demonstration of the primacy of fossils as criteria for correlation was justified by an argument that owed much to Cuvier’s catastrophism. Brongniart stressed the relative uniformity of faunas in different areas, and argued that whereas a whole fauna might be suddenly and drastically extinguished, leaving few survivors, it would take a long time for a new fauna to replace it. Each major period should therefore be characterized by a distinctive set of fossils, although a few might be common to more than one period. Brongniart concluded that fossil evidence must be given greater weight than lithology or physical position in determining the relative age of a deposit.