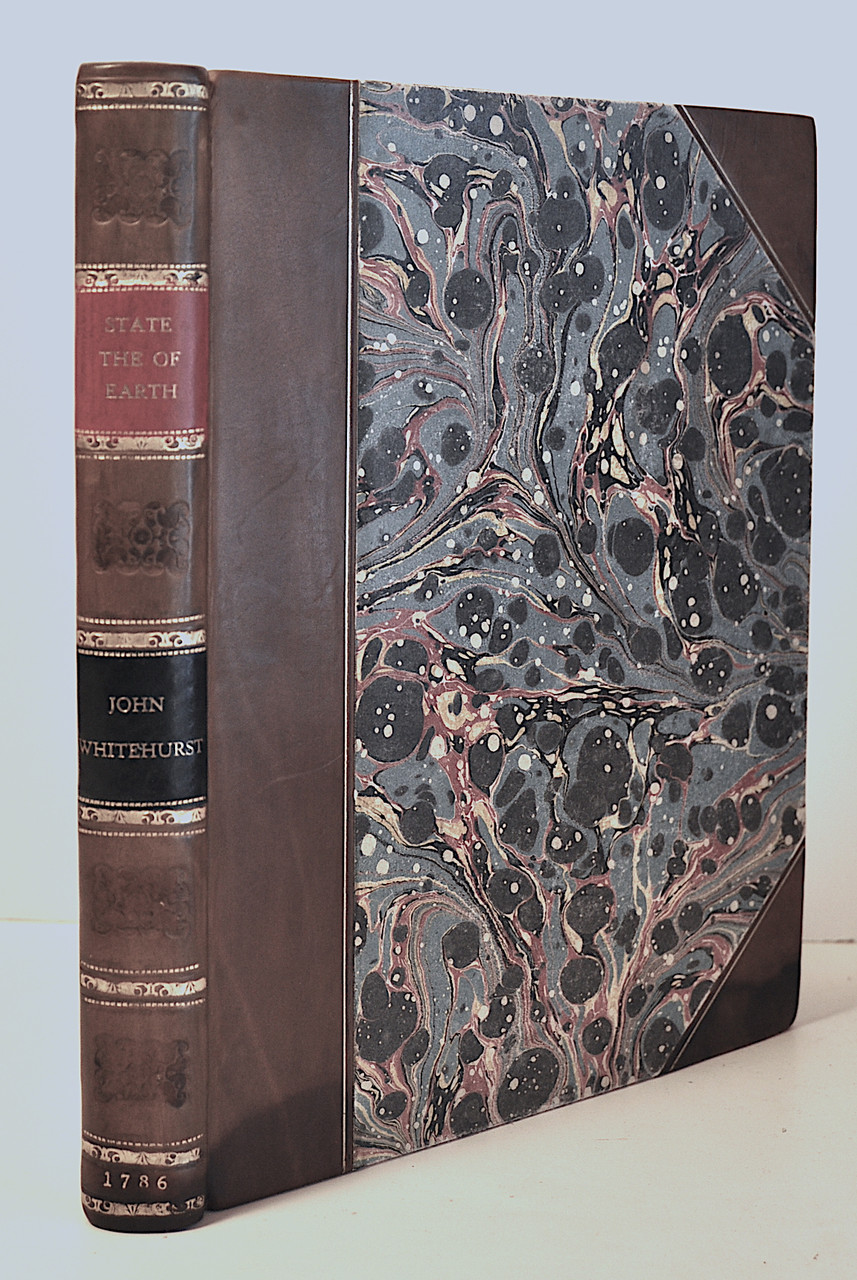 Whitehurst, John; An Inquiry into the Original State and Formation of the Earth; Deduced from Facts and the Laws of Nature. 2nd ed., London, Printed for W. Bent, 1786. Quarto, pp. 12, 283, copper-engraved frontispiece portrait, 7 (5 folded) copper-engraved plates.

The work is complete and in a later calf over marbled boards with gilt spine titles. The binding is tight and clean, light foxing to title page and offset of frontispiece image to title page, text clean and bright, light offset on plate images. In very good condition.


An English clockmaker and geologist; Whitehurst (1713-1788) made major contributions to the earth sciences. In geology he is remembered as a pioneer who did work in Derbyshire in which he established for the first time the succession of the Carboniferous strata: limestone, Millstone grit (named by him), and coal measures. His theory of the earth is found in the above work. He maintains that all fossil-bearing stratified rocks were once on the ocean floor and raised to their present position by catastrophic events. These events were caused by internal fire bursting out to meet a primordial ocean thus causing explosions which shattered the earth's crust. His theories were developed after studying the rocks and fossils in his native Derbyshire.  His studies established Whitehurst as the first proponent of the principle of a worldwide orderly superposition of strata, each with its characteristic lithology and fossils - "the strata invariable follow each other" he said "as if it were in alphabetical order". The work is accompanied by some of the finest illustrations of geological sections of the time.