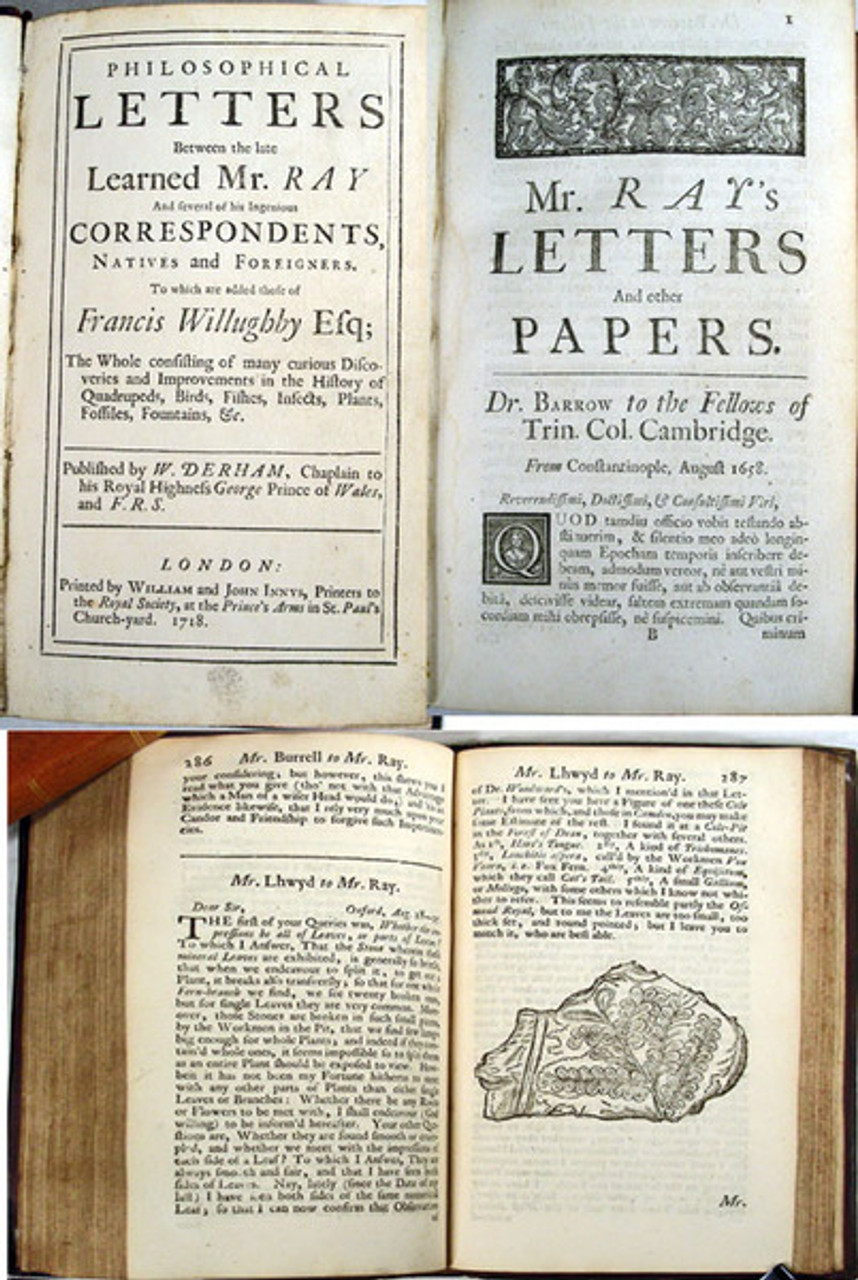 Ray, John; Philosophical letters between the late learned Mr. Ray and several of his ingenious correspondents, natives and foreigners. To which are added those of Francis Willughby esq; The whole consisting of many curious discoveries and improvements in the history of quadrupeds, birds, fishes, insects, plants, fossiles, fountains, &c. Published by W. Derham. Published : London, Printed by W. and J. Innys, 1718.  Octavo, pp.  8, 376, 10, 2 pages ads,  illustrated.

The work is complete and in a period full paneled calf with gilt spine panels and titles. The binding is tight and clean, the text is clean, owners name on end sheet. A very fine copy.

An English botanist and zoologist; Ray (1627-1705) is best known by the historian of geology for his discourses concerning the origin of the earth, its mountains and waters, the origin of springs, the origin of fossils and the meaning of earthquakes. Ray considered fossils to have formed within rocks by a "spermatic" process. Earthquakes and volcanoes are caused by fires or burning within the earth. He correctly attributed springs as a cause of rainfall and described the erosive effects of running water. Ray’s correspondents include Edward Lhwyd, Henry Oldenburg, Hans Sloane, Martin Lister, Richard Waller and others. He discusses many of the above topics in his correspondence.