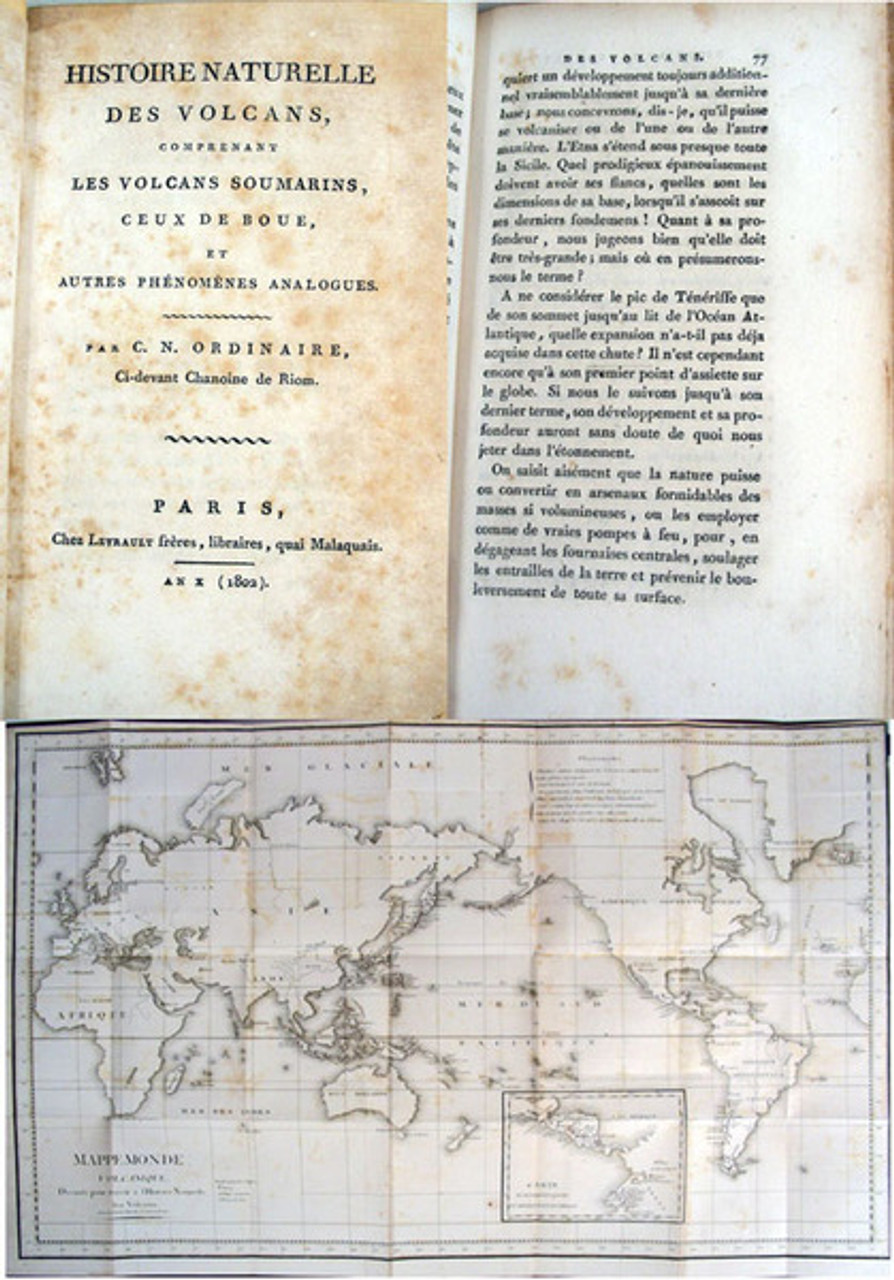 Ordinaire (1736-1808) was a French naturalist who also had an interest in volcanoes. He is known for his one major treatise on volcanoes; “Histoire Naturelle des Volcans” which was first published in French in 1802. The first edition is very rare with the work usually seen in the later English translation,  “Natural History of Volcanoes”. Ordinaire dedicates the work to the English naturalist Sir William Hamilton. Ordinaire discusses the geology of volcanoes, their formation, the development of the caldera, why volcanoes are found in some regions and not others, the idea that all volcanoes form under the sea, the products of volcanism, island volcanoes, rich soils formed over time by volcanic activity, and the rocks and minerals associated with volcanism. Throughout the work Ordinaire uses examples of known volcanoes to make his point. The map shows the volcanoes of the world known at that time. These include the volcanoes of Kamchatka, Japan, and Sumatra, as well as other islands of Malaysia. He shows the volcanoes of Mexico, Ecuador and Peru as well as the known volcanic islands of the Atlantic region.