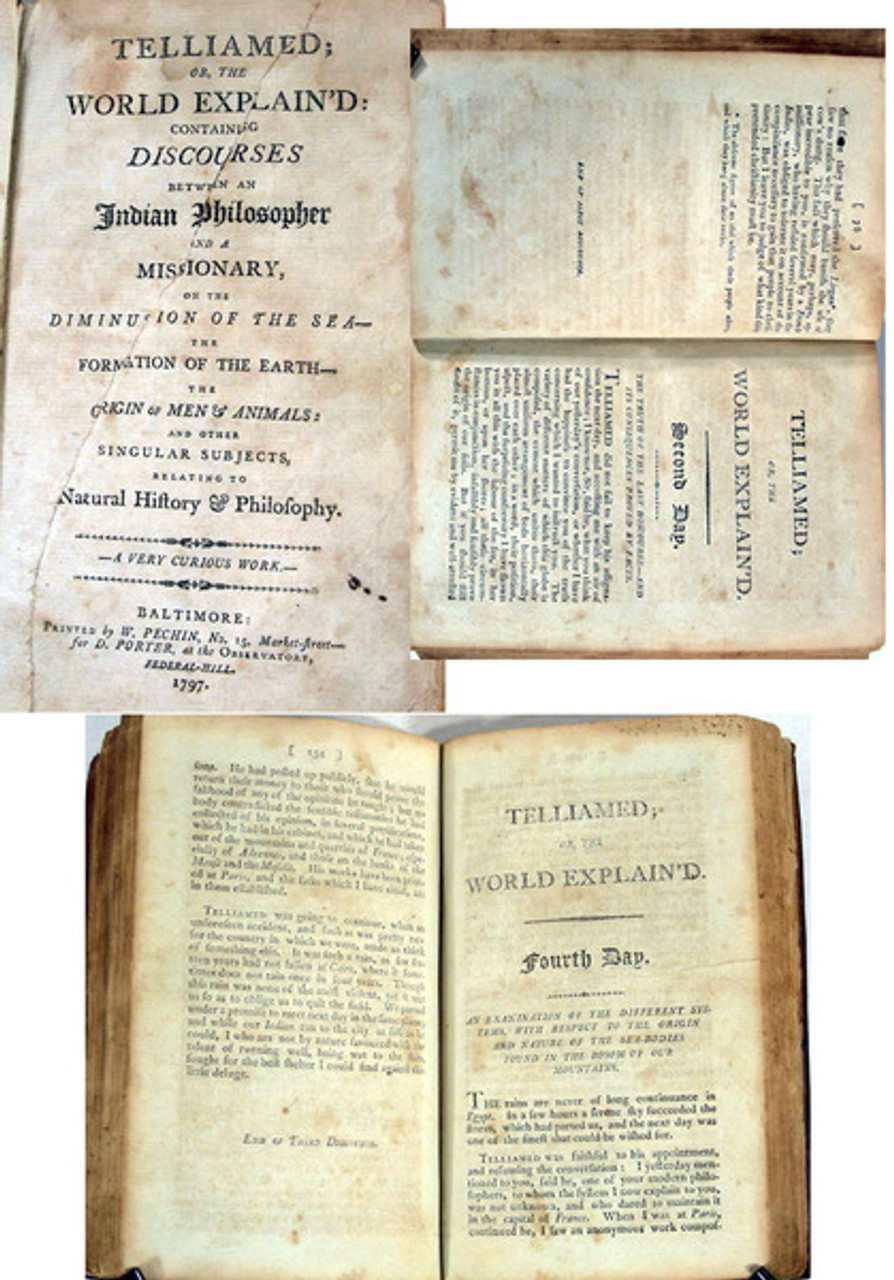 Maillet, Benoit de; Telliamed; or the World Explain'd: containing Discourse Between an Indian Philosopher and a Missionary, on the Diminution of the Sea- the Formation of the Earth- the Origin of Men and Animals; and other Singular Subjects Relating to Natural History and Philosophy. 1st American edition, Baltimore, 1797. Octavo, pp. 268.

The work is complete and in a contemporary calf with gilt spine title label. Titles are worn, scuffing to boards. Moderate to heavy toning to text. The title page had been ripped and was neatly sewn back together at some point in the 18th century. A good copy of a rare work.

The rare Baltimore printing of the first American edition of this rare work by the philosopher and French Consul in Egypt, Benoit of Maillet (1656 - 1738). This treatise on the origin of the Earth and life made Benoit a precursor of Lamarck, and Darwin. The title of the treatise is the anagram of the author's name. This work anticipated a number of geological and biological theories, and was also highly praised by Voltaire, Buffon and Cuvier. Publication was delayed until ten years after the death of Maillet because his ideas were considered by theologians as disturbing and dangerous. He proposed that the earth had evolved over billions of years and that continents had expanded as the seas diminished. He suggested that all life forms evolved by changing and adapting to new environments.