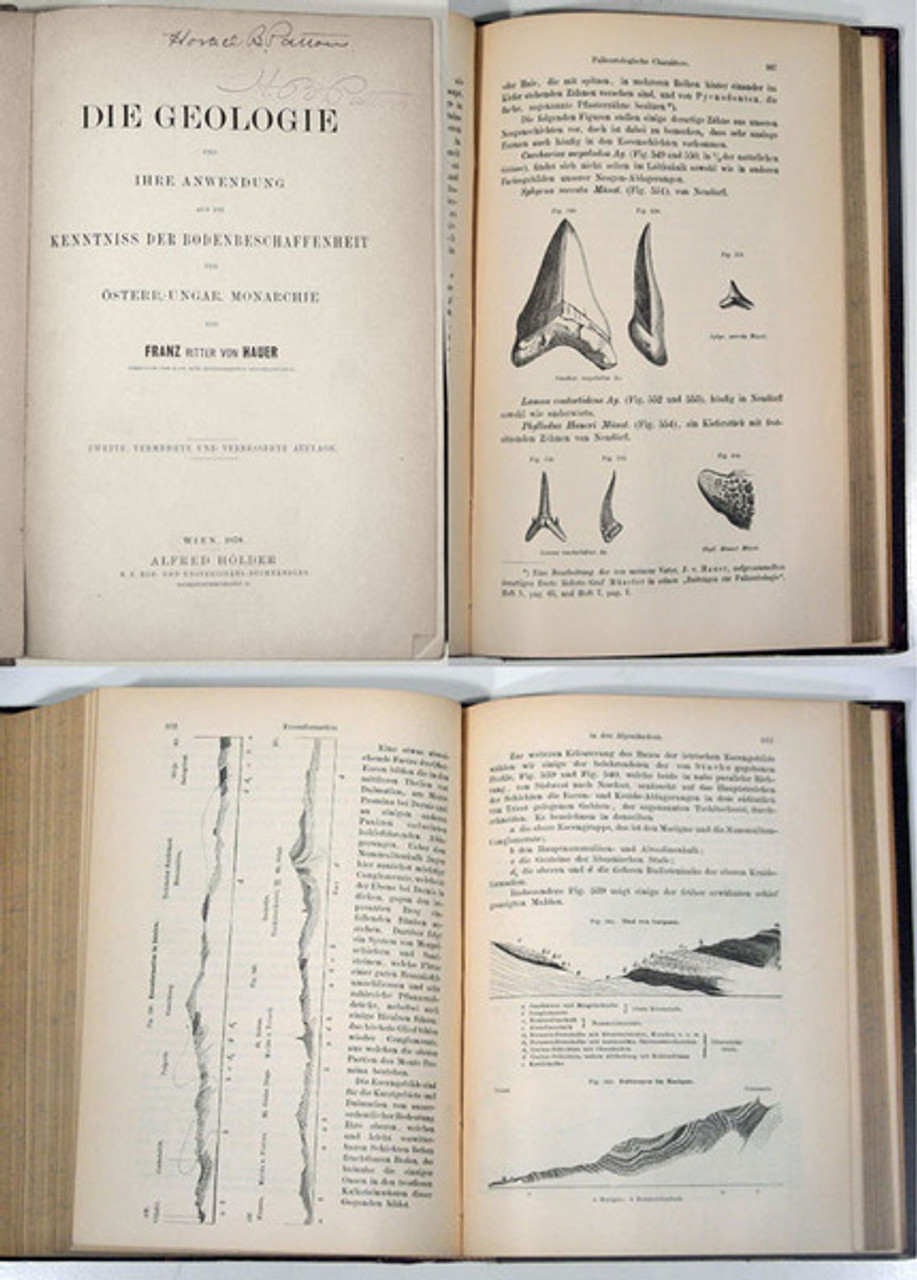 The work is complete as issued. Although a map is called for the map was never published with any of the nine parts of this work. Bound in contemporary boards with a cloth spine and gilt titles, the binding is tight, minor restoration to edges, owner’s signature on end sheet and title page, light toning to text and end sheets. In very good condition.

An Austrian geologist and paleontologist; Hauer (1822-1899) is noted for his studies of the stratigraphy and paleontology of Roumania and Austria. Hauer was born and educated in Vienna. He studied geology at the mining academy of Schemnitz (1839-1843), and for a time was engaged in official mining work in Styria. In 1846 he became an assistant to the noted mineralogist Wilhelm von Haidinger at the mineralogical museum in Vienna and three years later he joined the Imperial Geological Institute. He was appointed Director in 1866. In 1886 he became superintendent of the Imperial Natural History Museum in Vienna.
Hauer is considered the founder of modern scientific geology in Austria. Among his special geological works are those on the Cephalopoda and the stratigraphy and strucutre of the Triassic and Jurassic formations of Alpine regions. His Geological Map of Austro-Hungary was issued in twelve sheets between 1867-1871.  His text on the geology of the Austrian / Hungarian monarchy was considered the standard work on the geology, paleontology, structures and useful minerals of the region.