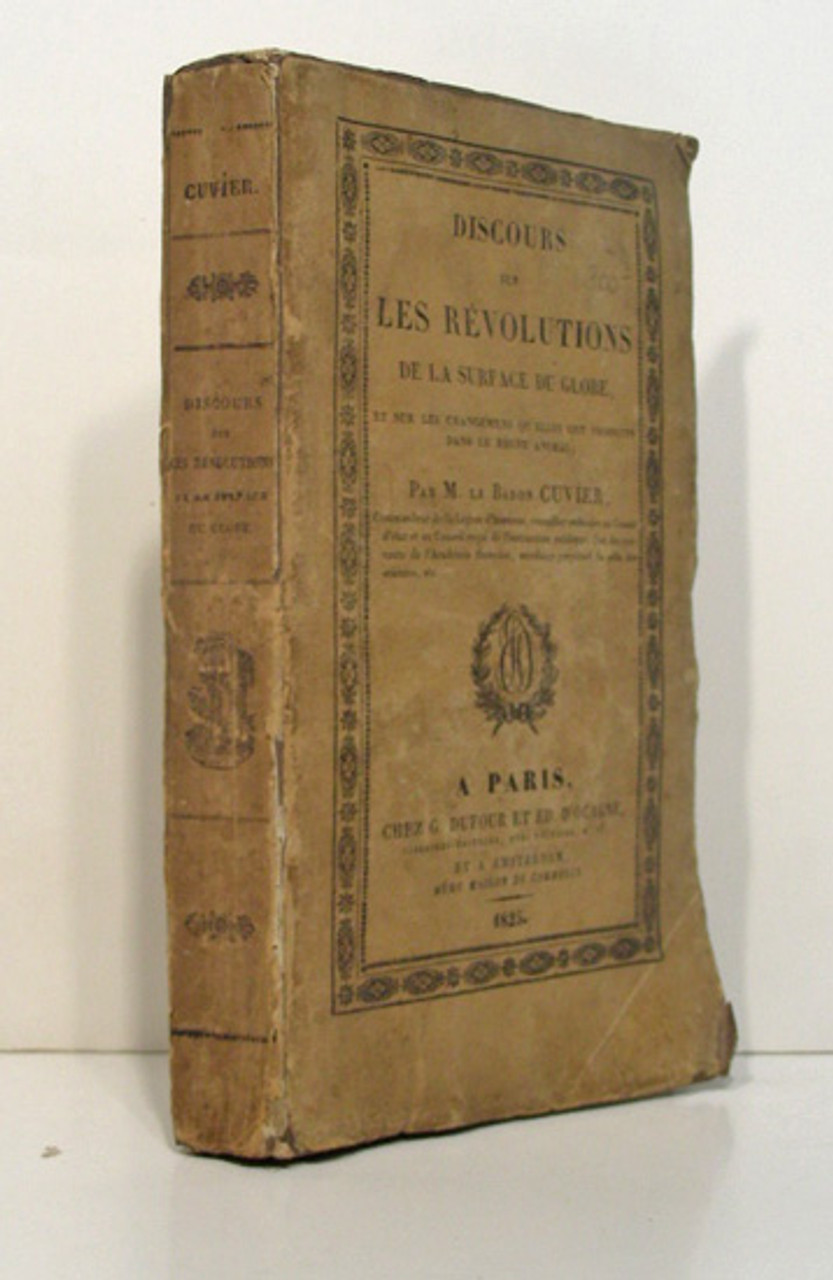 The volume is complete and in the pale brown original wraps. The binding is tight, covers soiled, wear o binding margins. The text is clean with minor light foxing at margins, owners name (Georges Allix) on end sheet. In very good condition.

Cuvier (1769-1832) was a French comparative anatomist, zoologist, geologist and paleontologist at the College de France and later at the Jardin des Plantes. His studies covered a wide range of paleontology, paleogeography and stratigraphy and he is noted for pioneering the theory of catastrophism or "revolutions of the globe" in which most of the existing life was destroyed. In 1812 Cuvier published his massive work on vertebrate fossils "Recherches sur les ossemens fossiles". In an introductory discourse, he discussed the implications of fossils for the history of the earth. That portion was his work was quickly translated into English as Cuvier's "Theory of the Earth" in 1813. That portion included a section on the Paris Basin which was adapted from another of Cuvier's works. The noted mineralogist Robert Jameson published a 2nd edition in 1815 to which he added a discourse on mineralogy. Cuvier's "Discourse was published in French as a stand alone work in 1825. Within the work Cuvier argues that the abrupt transition between formations found in the Paris Basin proved that the earth had undergone several catastrophic revolutions. He further pointed to the abrupt change in fossil populations as proof. Cuvier was one of the first to offer fossil evidence in support of the theory of catastrophism.