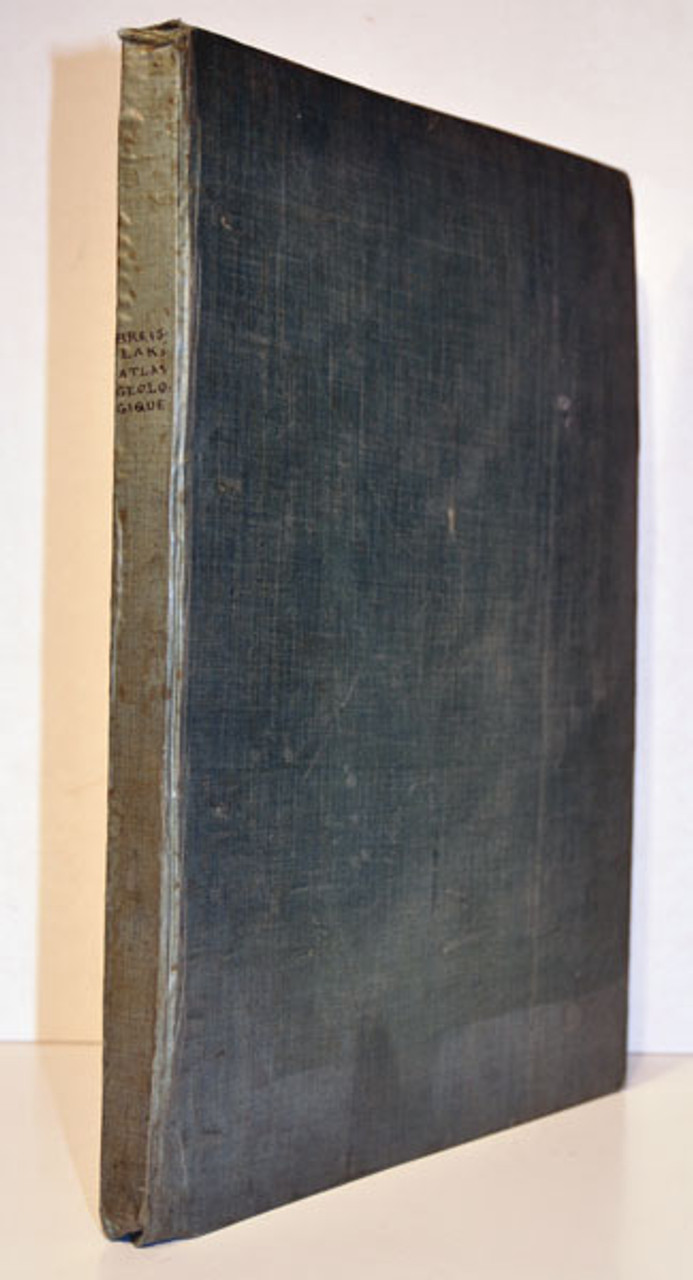 The atlas is complete and in a contemporary green linen with inked spine title. The binding is tight and clean, light shelf scuffing. The plates are clean and bright and have not been trimmed. In very good condition.


Breislak,(1750-1826) was an Italian geologist and professor of physics at the University of Ragusa, and subsequently at the Collegio Nazereno in Rome. He fled to France following a revolution, but returned to Italy to work for Napoleon in the manufacture of gunpowder and later the manufacture of alum.
He studied the geology of Italy throughout the country. His early studies were in the West central region of Italy, and the mining areas of Tolfa, Oriolo-Romano, Civitavecchia, and Latera. After his appointment as a professor at the Collegio Nazareno, Breislak spent time studying the geology of the papal states. His account of the aluminous district of Tolfa and adjacent hills was published in 1786 as Saggio di Osservazioni Mineralogische sulla Tolfa.  That work led to a request from the King of Naples to inspect the mines and related works in the which led to his appointment as professor of mineralogy to the royal artillery.
In the volcanically active district of Solfatara near Naples. The mining and extraction of alum had occurred here since ancient times. However, it was under Breislak's direction as inspector of mines for the Kingdom of Naples that a vast works for the mining and refining of sulphur was established. Sulfphur being an important component of gun powder became an important economic factor in the Naples economy of the nineteenth century.
Scipion Breislak was also the first geologist to show a scientific interest in the fossiliferous zone of Pietraroia. The region is now well known for its abundance of fossil fish.
His most influential work is his Introduzione alla Geologia published in 1811. He devotes much attention to volcanic phenomena, is quite critical of Neptunian dogma thus playing a major role in the removal of that dogma from teaching in universities. Breislak provides an excellent account of volcanic phenomena and volcanic rocks in Italy, and contributes a number of valuable observations on gaseous explosions, volcanic ejecta, and on lava and basalt. Breislak is considered one of the founders of volcanology in Italy.
The Milan printing of his Introduzione alla Geologia was to include the Atlas Geologique ou Vues d'Amas de Colonnes Basaltiques, which is now quite scarce. The beautiful plates illustrate basaltic features sketched on site. Many of these relate to Italian landscapes on Verona, Vicenza, Portici, the Euganean Hills, Rome, Catania, Bolsena.