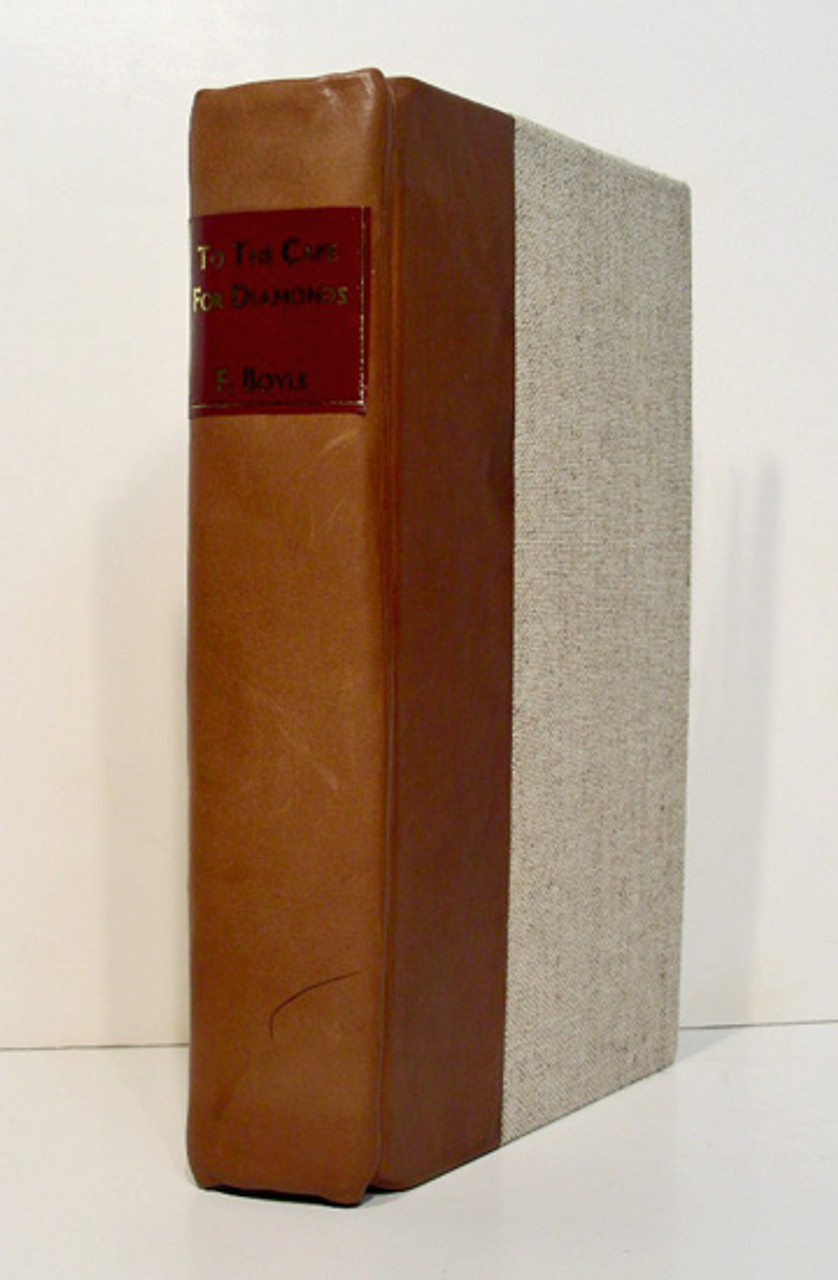 The text is complete (not all copies were published with a map) and in a modern calf over linen boards with gilt titles. Repair to half title page at gutter edge. Small embossed stamp on title page and dedication page. The text is very clean. In very good condition.

Boyle was a British correspondent who wrote a number of books on various subjects. He spent 5 months in late 1871 to early 1872 in South Africa in the earliest days of the diamond mining period. He discusses the forceable annexation of diamond-bearing lands from the indigenous peoples to the diamond companies and how local government was formed by miners and laws enforced by miners. Boyle describes the alluvial diggings along Vaal River near Pniel and the mining industry at the pipe diggings of Dutoitspan, Bultfontein and Alexandersfontein. His descriptions of the diamonds is one of the earliest published systematic descriptions of diamond crystals. Boyle accurately predicted that chaos would result as the diggings went deeper and a consolidation of the companies into a large company was needed. Per Sinkankas (#857, Gemology) not all copies were issued with a map.