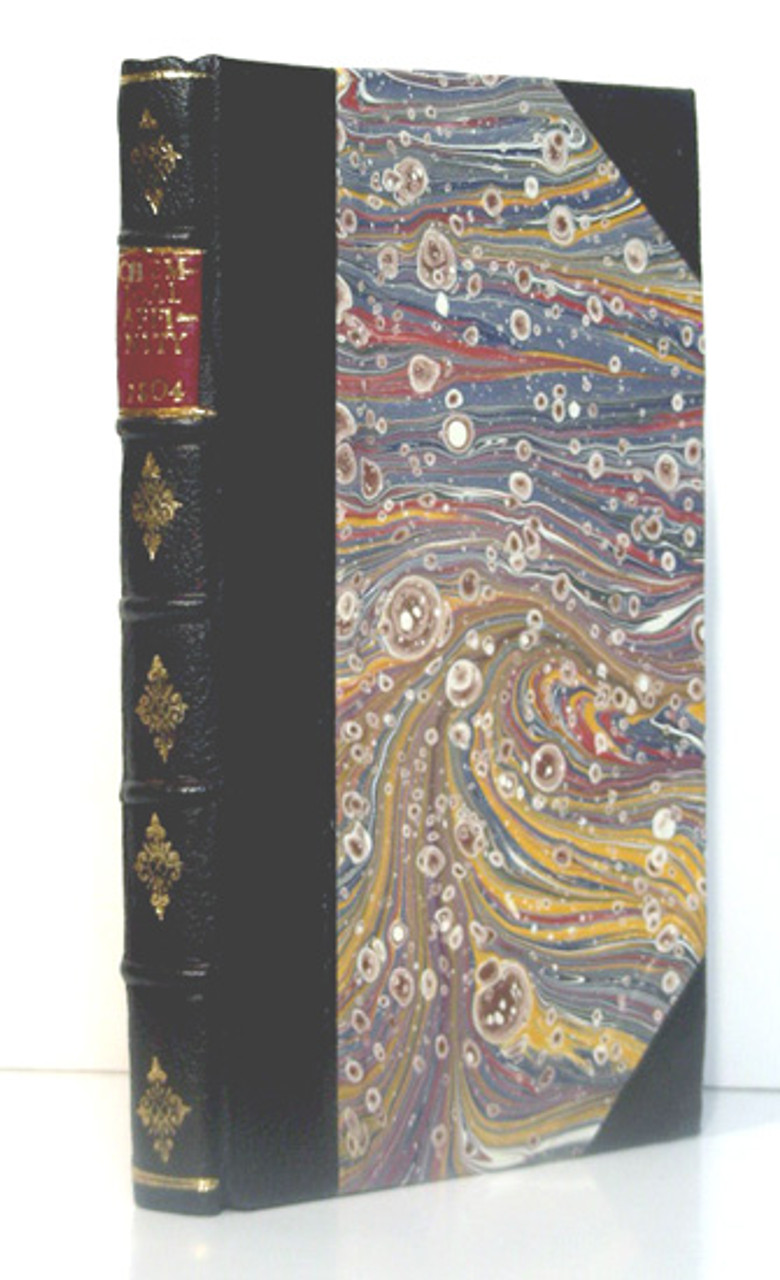 This rare work is complete and in a modern calf over marbled boards with gilt titles and gilt spine panels. The binding is pristine. The text has not been trimmed, a very minor stain to the very lower margin of title page and last original end sheet. Original owners penned name (James Mitchell 1786-1844, geologist) on first end sheet. In very good condition.

Claude Louis Berthollet ( 1748 – 1822) was a prominent French chemist. He was especially influential in four areas of chemistry: theoretical chemistry, experimental chemistry, practical chemistry, and chemical writing. Berthollet, along with Antoine Lavoisier helped to devise a chemical nomenclature, or a system of names, which serves as the basis of the modern system of naming chemical compounds. He also carried out research into dyes and bleaches (introducing the use of chlorine as a bleach) and determined the composition of ammonia. Berthollet was one of the first chemists to recognize the characteristics of a reverse reaction, and hence, chemical equilibrium. Potassium chlorate (KClO3), a strong oxidizer, is known as “Berthollet's Salt”.
His “Chemical Affinity” originally appeared as “Recherches sur les lois de l’affinité” in 1801 in vol. III of Mémoires of the Institut National des Sciences et Arts. The first English translation of 1804 is considered the first separate edition of the work and it is very rare.
This is a very important treatise in chemistry and it marks the starting point of Berthollet’s complete new system of chemistry, later developed in his comprehensive, two volume Essai de Statique Chimique. The work had its origins as a paper read before the Institute of Egypt in Cairo in the summer of 1799 while Berthollet accompanied Napoleon on his expedition to Egypt. The work was an attempt to improve upon the determinations of chemical affinities by recognizing the influence of factors such as volatility, solubility and especially the relative quantities of substances present or chemical mass. The reversibility and incompleteness of reactions was recognized and that the conditions of reactions could yield compounds without fixed compositions.