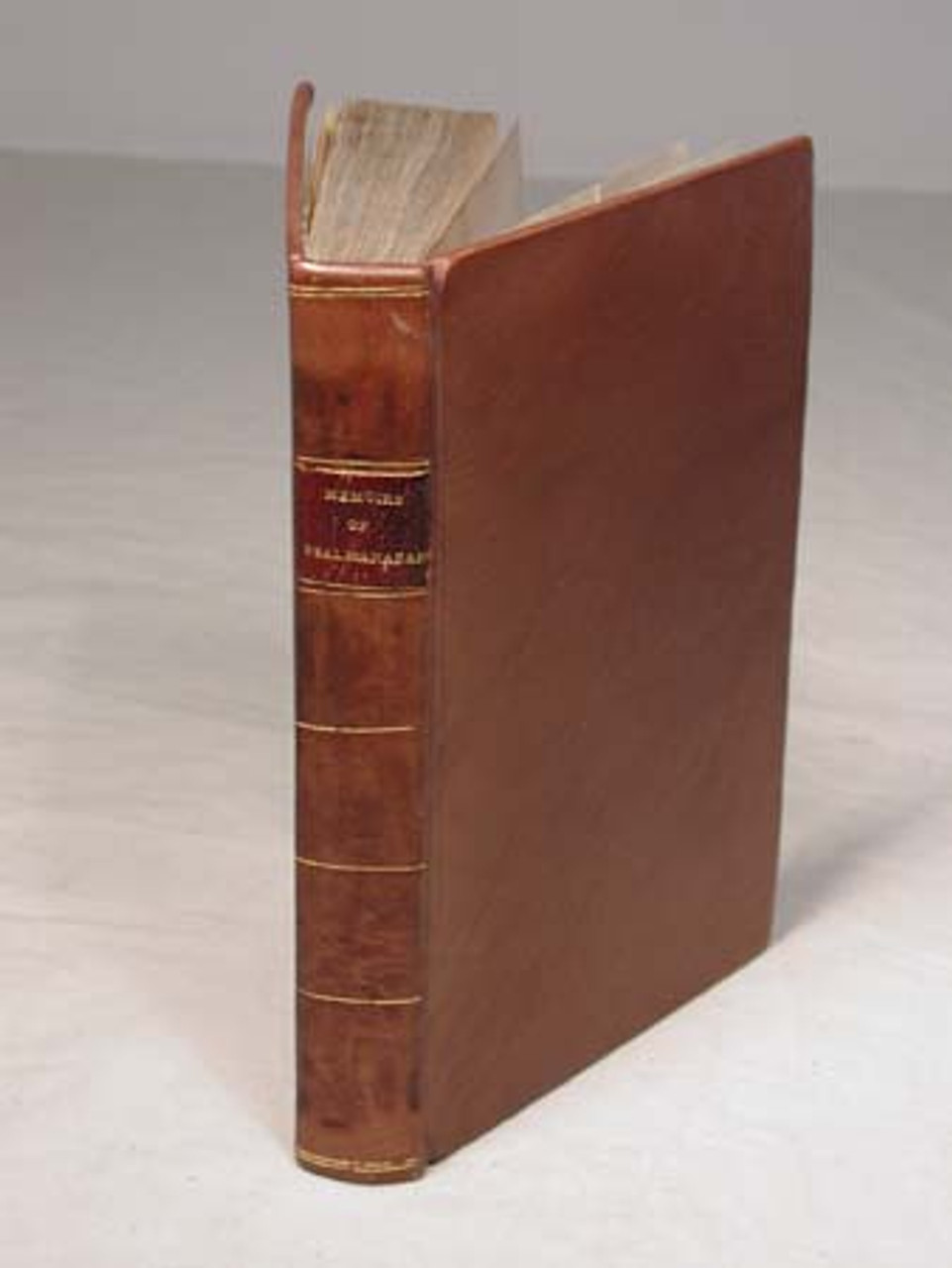 Psalmanaazaar, George; Memoirs of ****. Commonly Known by the Name of George Psalmanzaar; a Reputed Native of Formosa. Written by himself, in order to be published after his death . . . 2nd edition. London, 1765. Octavo, pp. ii, 307, frontispiece portrait of author.

This is one of the most celebrated works of fictional travel ever published. Psalmanaazaar was a famous literary impostor and this literary hoax is truly remarkable. Although this is a fictional hoax, it was based on actual accounts of early Jesuits & other foreign visitors to China & Formosa and in that sense the work does provide accurate descriptions of the travels of others. Although recognized as a hoax, his two works continued to be sought after with a second edition printed. Offered here is the second of Psalmanaazaar's two works. Of special importance is the inked notation in the hand of James Hall; Scottish physician, geologist and supporter of James Hutton and his "Theory of the Earth".