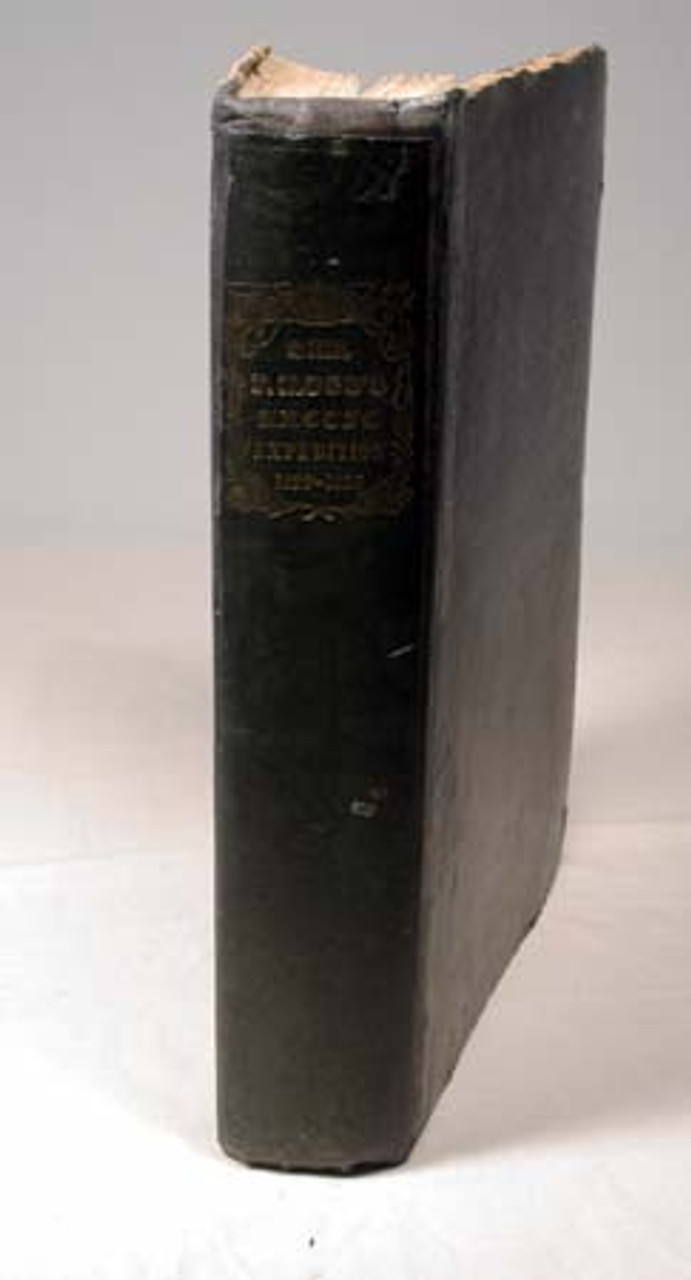 The text is complete and in the original cloth over boards, spine expertly re-backed with original spine strip retained, edge wear to the corners and edges of the boards has been nicely restored. Very light foxing to a few text signatures. Over all in very good condition. The first edition, rare large paper printing.

The important account and scientific results of the Ross expedition to Boothia Peninsula in the Victory, and his return by sledge, boat, and the vessel Isabella. The expedition was financed by Felix Booth and led by Sir John Ross, with his nephew, James C. Ross, second in command and head naturalist. The expedition survived for four winters in the Arctic, during which James Clark Ross discovered the North Magnetic Pole.

Hopkins, William; On the Geological Structure of the Wealden District and of the Bas Boulonnais. 1845