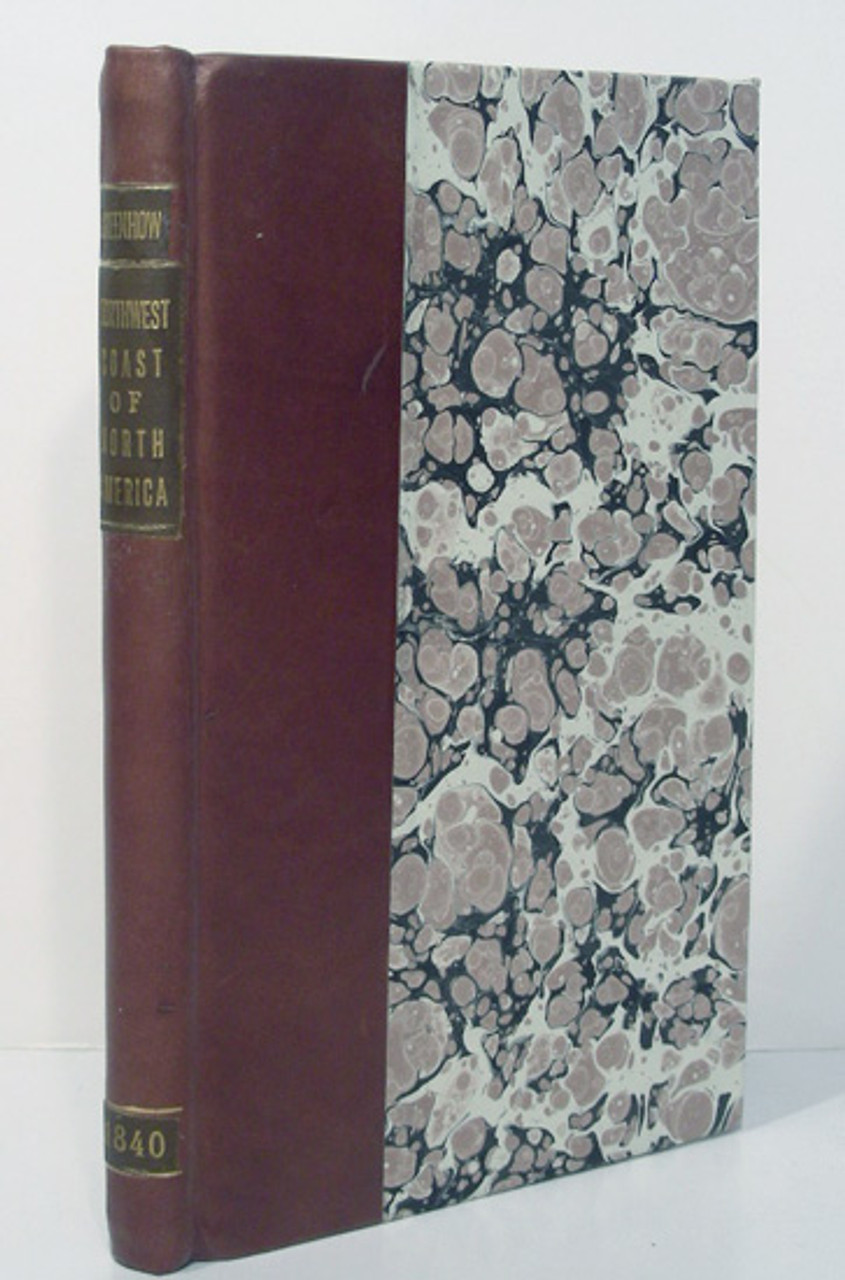 Greenhow, Robert. Memoir, Historical and Political, on the Northwest Coast of America, and the Adjacent Territories; Illustrated by a Map and a Geographical View of those Countries. Washington: Blair and Rives, 1840. Octavo, pp. xi, errata, 238, folded map in rear pocket.

The work is complete and in a modern quarter calf over marbled boards with a gilt spine label. The binding is tight and clean, the text has light foxing to the first and last pages, the folded map is crisp and exceptionally clean in a sleeve at the rear of the work. In very good condition.

An American  translator and librarian to the U.S. Department of State, Greenhow was a strong proponent in asserting America's right to the Oregon Territory. His above work is a description and history of that portion of North America bordering on the Pacific Ocean between the 40th and 54th parallels of latitude, especially those regions drained by the Columbia River and which form part of the Oregon territory in dispute with England. He also devotes equal time to a description of California southward to the Gulf of California and the regions north of Oregon. Greenhow's work is considered by historians as an accurate early description of Oregon and California. The map is by David Burr. At the time of this work's publication, Burr was considered one of the most prominent cartographers in the United States. His 1839 "Map of the United States" was a breakthrough in Western cartography, being the first printed map to incorporate the findings of Jedidiah Smith and other wide-ranging explorers. The map he contributes to Greenhow's Memoir exhibits a number of recent cartographic discoveries, including Ashley's Lake, the Buenaventura, and the Swamp Lakes & Islands, with the Sacramento River flowing from them.