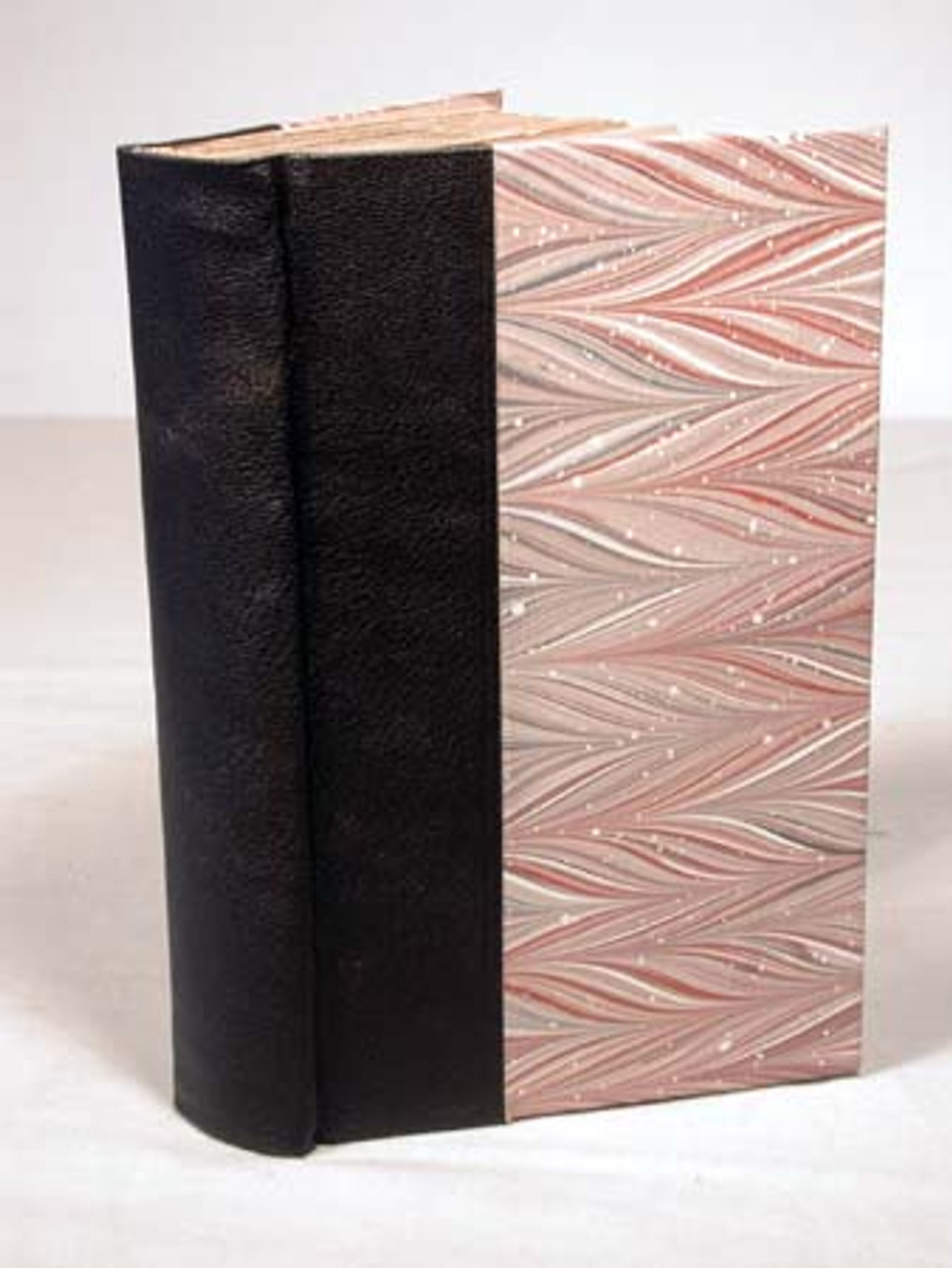 Morse, Jedidiah; A Report To The Secretary Of War Of The United States, On Indian Affairs, Comprising A Narrative Of A Tour Performed In The Summer Of 1820...For The Purpose Of Ascertaining, For The Use Of The Government, The Actual State Of The Indian Tribes In Our Country. New-Haven: Davis & Force.., Printed By S. Converse, 1822. Octavo, (230 x 140 mm), pp. 96, 400, tipped in errata, engraved frontispiece portrait of Pawnee brave, large folding hand-coloured engraved map.

The work is complete and in a modern calf and marbled boards, gilt titles. The binding is very clean, Text is uncut, unread, with very minor light foxing. The title page has been repaired at a cropped 1 inch area on the lower edge. The map has been re-backed with archival linen and is very clean. In very good condition.


Born in Woodstock, Connecticut; Morse (1761-1826), was was a notable geographer whose textbooks were required reading for students in America. This earned him the title of "father of American geography."He was also the father of telegraphy pioneer Samuel F.B. Morse. ?His progressive views on the Native American Indians contradicted racist views published in the Encyclopædia Britannica concerning the Native American peoples. ?His views on the Native Americans prompted Secretary of War John C. Calhoun in 1820 to appoint him an observer of the border Indian tribes in order to report their numbers, status, living conditions and future prospects, which he did for two years to compile this report. The final report is a valuable and exhaustive study on the social and economic conditions of the various Indian tribes in the United States and Canada, with discussion of education, the extent and progress of missions, crime, disease, drunkenness, trade, tribal government, manners, customs, and territory, included are a communication from the Rev. Charles Stuart of Upper Canada, relative to the state of the Indians in the two Canadas, and extracts from Daniel W. Harmon's Journal of Voyages and Travels in the Interior of North America (1820), describing the Indian tribes of the Canadian North-West. Appended are a number of statistical tables, including an enumeration of 259 tribes, their numbers and places of residence.?The beautiful engraved and partially hand-colored map is often missing from copies offered for sale.