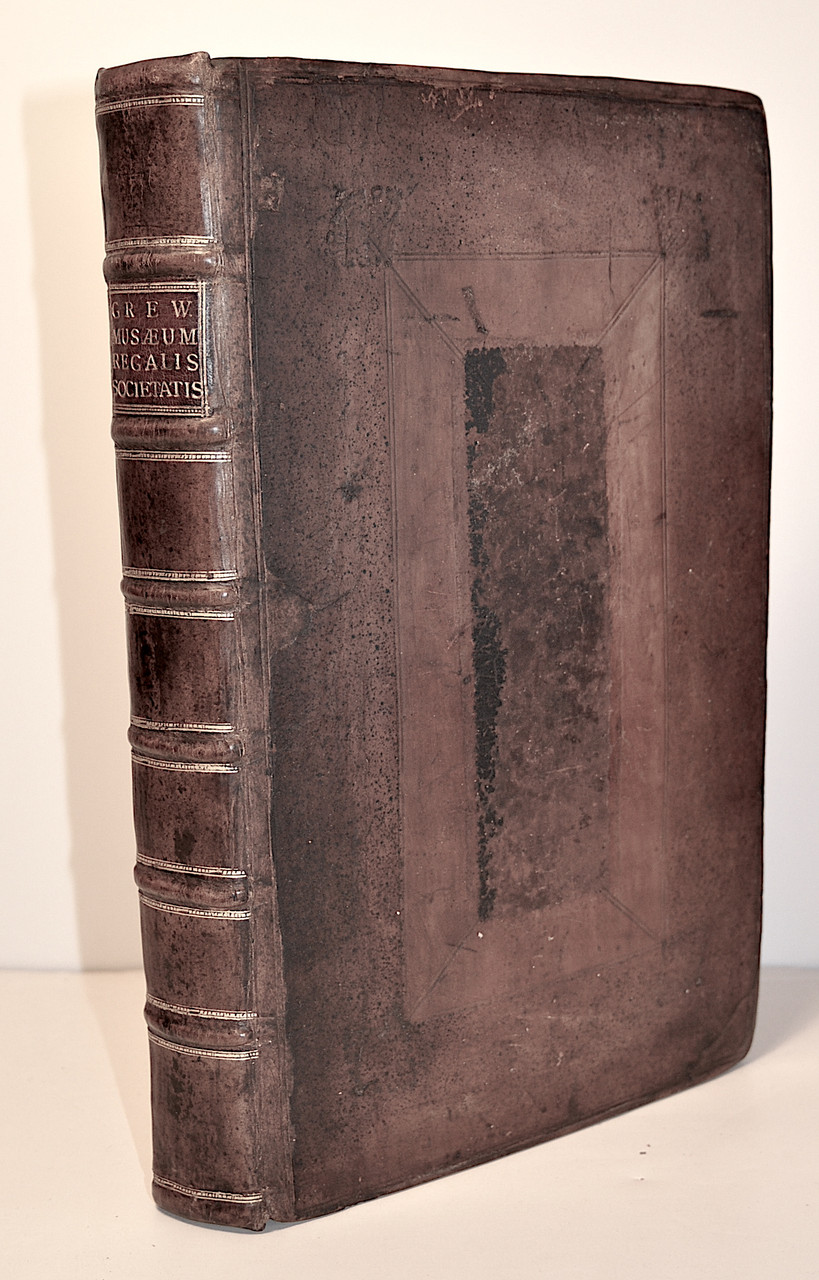 The book is complete, and in the original paneled calf with a later repacked calf spine with gilt spine titles, raised spine bands ruled in gilt. The binding is tight and clean, rubbing to boards expertly restored. The text and plates are bright and clean with a light stain to the outer margin of the second work which is on comparative anatomy. In very good condition.

Nehemiah Grew (1641-1712) was an English plant anatomist , microscopist and physiologist. He is remembered as a pioneer in plant anatomy in the 1670s, using the new compound microscope to reveal the vascular systems of plants. For his studies he is remembered as the "Father of Plant Anatomy”.
Grew was a pioneer in plant anatomy in the 1670s, wielding the new compound microscope to great effect in unraveling the vascular systems of plants.
However, Grew is best remembered for his role in publishing the first catalogue of the Royal Society's "Repository," or museum of natural objects. The Repository was founded in 1663, a year after the Society itself received its charter. “Cabinets of Curiosities” had flourished in the late 16th and 17th century Europe. They were established in the homes of wealthy citizens and the castles of emperors. But no scientific institution had a museum until the Royal Society established their Repository.  a collection kept in the Society’s modest quarters at Gresham College in the middle of London a collection kept in the Society’s quarters at Gresham College in the middle of London. Robert Hooke was the paid curator of experiments and was in charge of keeping the Repository in order. Eventually the Repository found its way into a larger wing of Gresham College, where the Society held their weekly meetings. Grew took over as Secretary of the Society in 1677, and he was soon given the task of publishing a catalogue of the items in the Repository. It is believed that his catalogue is made up of preliminary catalogues that Hooke and others had prepared. In 1681, the catalogue was published, as “Musaeum regalis societatis”.
Grew stated his intentions in his preface – unlike previous catalogues of Renaissance noblemen’s ‘cabinets of curiosities’, his descriptions would not emphasise exotic and monstrous specimens, and would avoid repeating spurious information culled from earlier writers. The catalogue would be written on philosophical principles, with the aim of re-creating the collection in print for those unable to visit in person. This marks a change in the earlier tradition of collections. The natural world and its order and classification took precedence. Also there is no frontispiece picture of the physical Repository. There are beautiful plates with pictures of actual specimens of minerals, fossils, plants, insects etc.