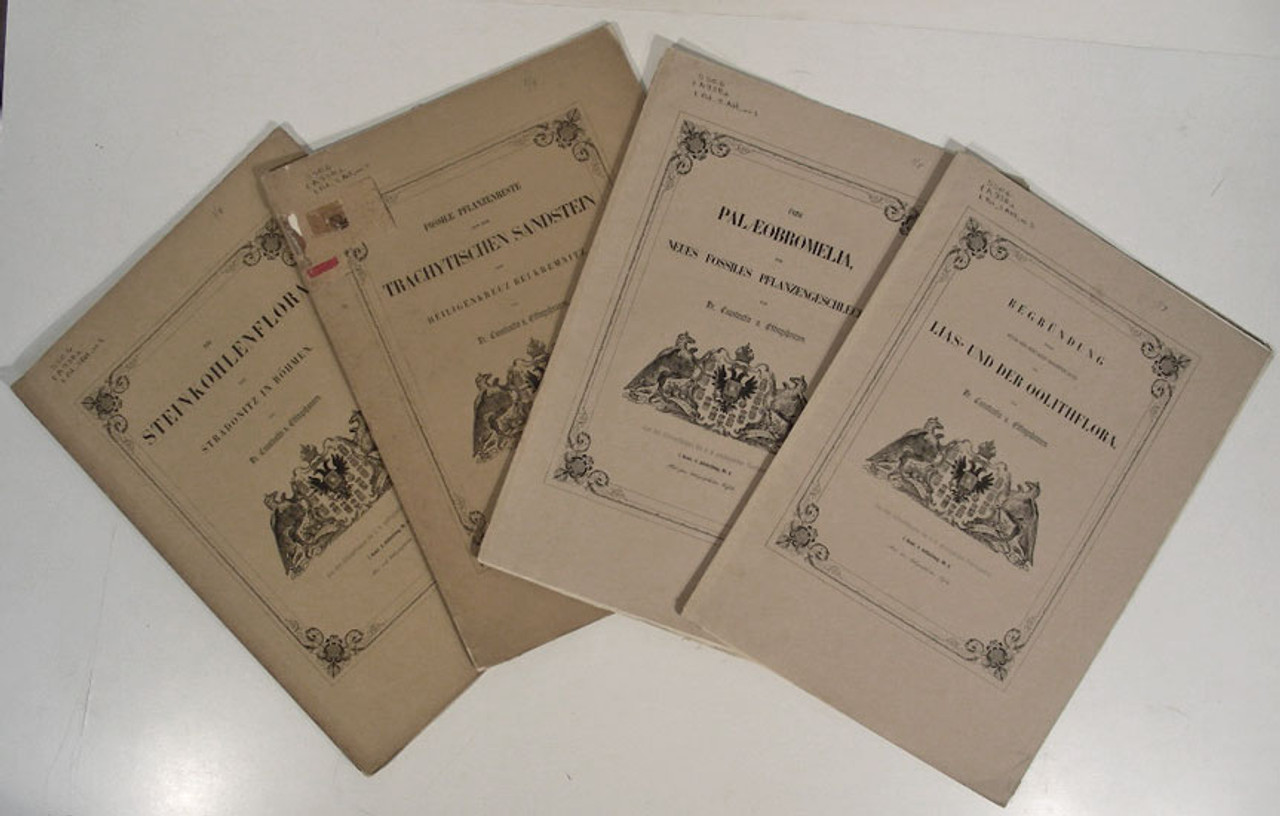 The works are complete with four in the  original title title covers and the last one in modern wraps with the original title covers preserved. The bindings are tight, early inked catalogue number on covers, light to moderate foxing to some text and plates, especially in the last work. In very good condition.

An Austrian paleobotanist; Ettingshausen (1826-1897) was a  professor of paleobotany at the Josephinum in Vienna. He published an extensive work on the similarities between the European and Australian Tertiary flora and made pioneering studies on the Cretaceous and Tertiary floras of Austria, Hungary, Czechoslovakia, Australia and New Zealand. He gained access to the rich collections at the British Museum and published further works on Australian fossil plants. The process of nature-printing (physiotypy) had been perfected in Vienna by Alois von Auer in 1853 in which an image is obtained directly from an ink specimen. Ettingshausen was the first to use nature-printing for paleobtoanical images in many of his publications. In so doing it was discovered that fossil plants, and particularly ferns, show very detailed images through the nature-printing process. Thus Ettingshausen's works are especially noted for their beautifully detailed colored plates of fossil plants. All of the works show his great powers of accurate observation making him by far one of the great paleobotanists of the period.