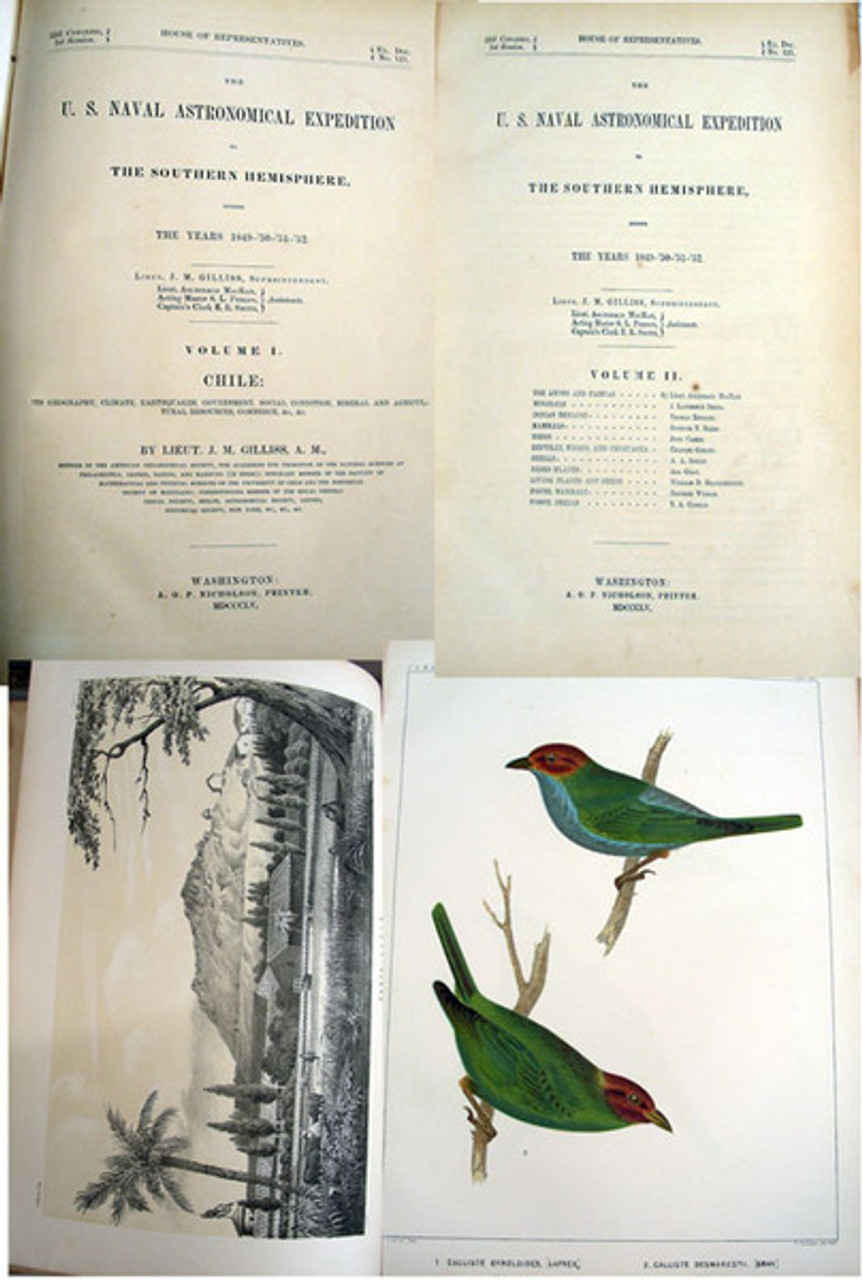 The set is complete and in the original half calf and marbled boards, calf  spine labels and gilt titles. Light wear and scuffing to boards and edges, text and plates with very minor marginal toning. A very clean set.

An American naval officer; Gilliss (1811-1865), was an astronomer and founder of the Naval Observatory. He led this expedition to South America, This was the third American Naval Scientific expedition; the first was that of Charles Wilkes to the Pacific and the second that of William Francis Lynch to the Holy Land. These scientific expeditions were notable successes with each resulting in important discoveries and the publication of popular works. This expedition went overland to Panama City and then via the South Pacific to Callao, Valparaiso, and Santiago. A subsidiary expedition was sent to explore northern Chile as far as La Paz, Bolivia. This work also includes studies of antiquities including pottery. His responsibilities included making astronomical observations necessary for longitude determinations of newly explored land.