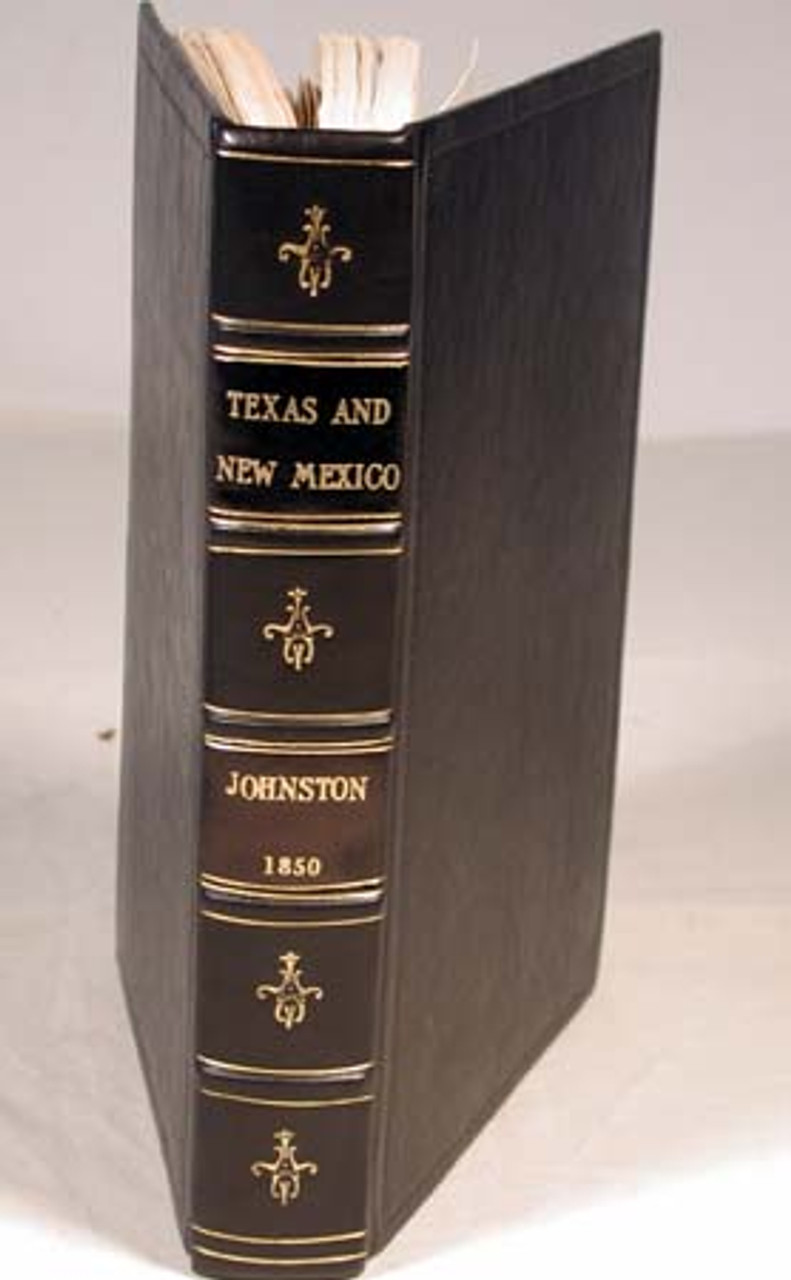 The volume is complete and in a later half calf and cloth with raised spine bands, gilt titles, maps expertly re-backed. In very good condition.

This is by far one of the most ambitious overland reconnaissances of the west undertaken in 1849 and 1850. The study was in part based on the efforts of the citizens of Fort Smith, Arkansas to make their town a hub of commerce by having an emigrant road across Texas to Santa Fe and points west begin in Fort Smith. The expedition also took on a military aspect in insuring the safe escort of immigrants to the newly discovered California gold fields. Captain Randolph P. Marcy was selected to head the expedition from Fort Smith to Santa Fe and escort the emigrant wagons as far as Santa Fe and ascertain the best overland route to New Mexico and California. Lt. James H. Simpson of the Topographical Corps was included and ordered to act as topographer and assistant to Marcy. From Santa Fe, Marcy followed the Rio Grande River southward to El Paso and then east back to Fort Smith. The plates are of Native Americans, and geologic and topographic features.