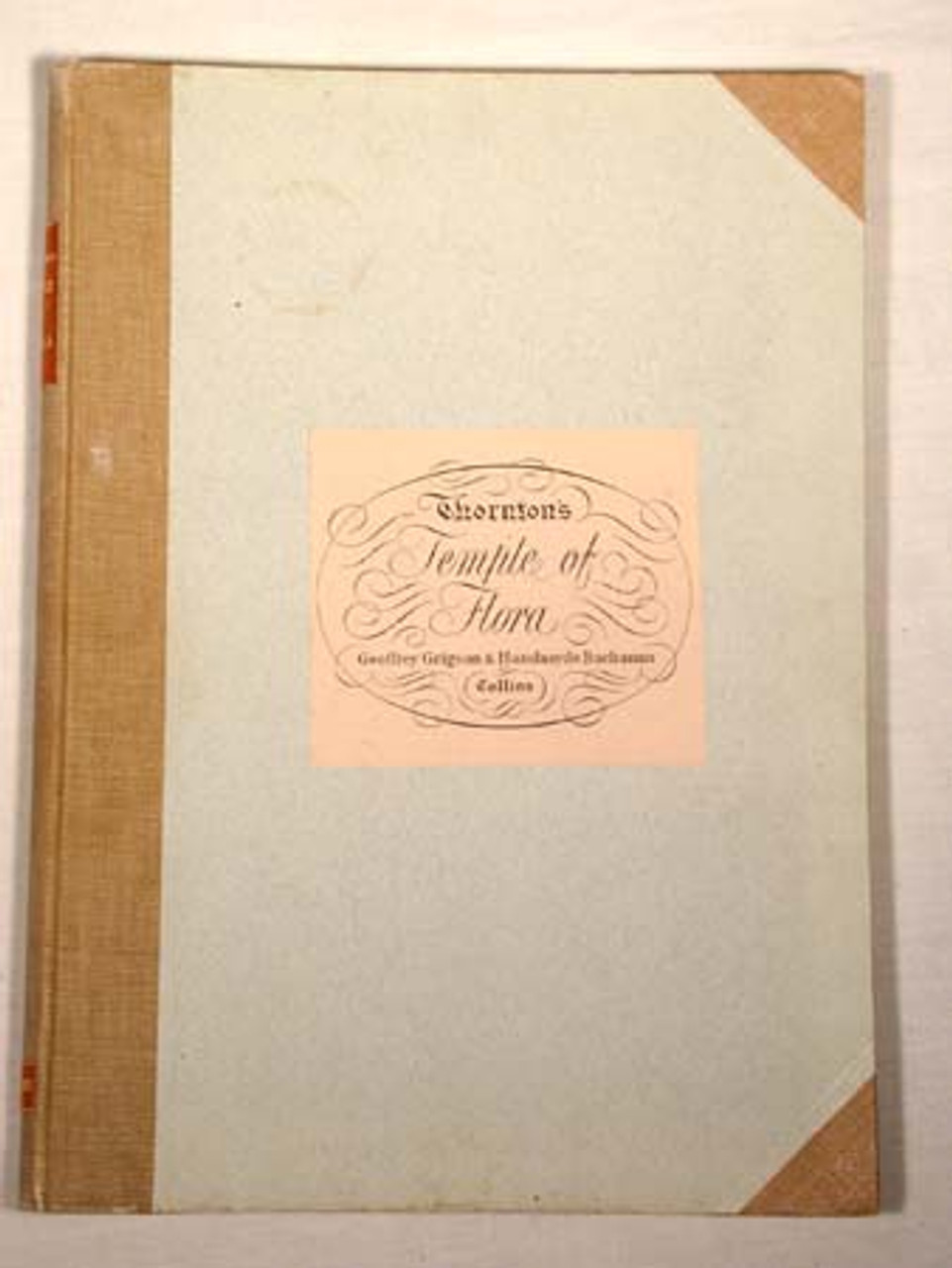 Original cloth backed, papered boards with paper title-label on upper board and leather title on spine. Minor scuffing to boards and minor foxing to endpapers, text and plates are fine.

"Temple of Flora" was originally published between 1799 and 1807 and is the most sought after and most expensive of the rare botanical works today. Thus but for a very few, the abov reprint is the choice. The work was originally illustrated and published by the physician Robert John Thornton. Thornton, came from a wealthy family and thus had all the advantages of an indulged childhood. This included his own botanical garden and aviary, financed from his weekly allowance. However he spent more time in the pursuit of hawks, butterflies and insects than of his studies. He was sent to Cambridge with the hopes (of his family) of being ordained, but he chose medicine and then became close friends of Dr. Thomas Beddoes, father of the poet Thomas Lovell Beddoes, and Dr. Erasmus Darwin, the first of the Darwins which included Charles Darwin. After the death of other family members, Thornton took his inheritance and set upon creating "the national glorification of botany. "The title of the work: Temple Of Flora or Garden of Nature, being picturesque, botanical, coloured plates of select plants, illustrative of the same, with descriptions". The completed work (in a very limited printing) is a huge elephant folio with the most stunning plates of flowers ever produced. It also led to Thorton's financial ruin and he died a beggar. Today the original work is the most expensive of the rare botanical works.

Book by Alvaro-Alonso-Barba; A Collection of Scarce and Valuable Treatises upon Metals, Mines, and Minerals...2nd edition, London, 1740.