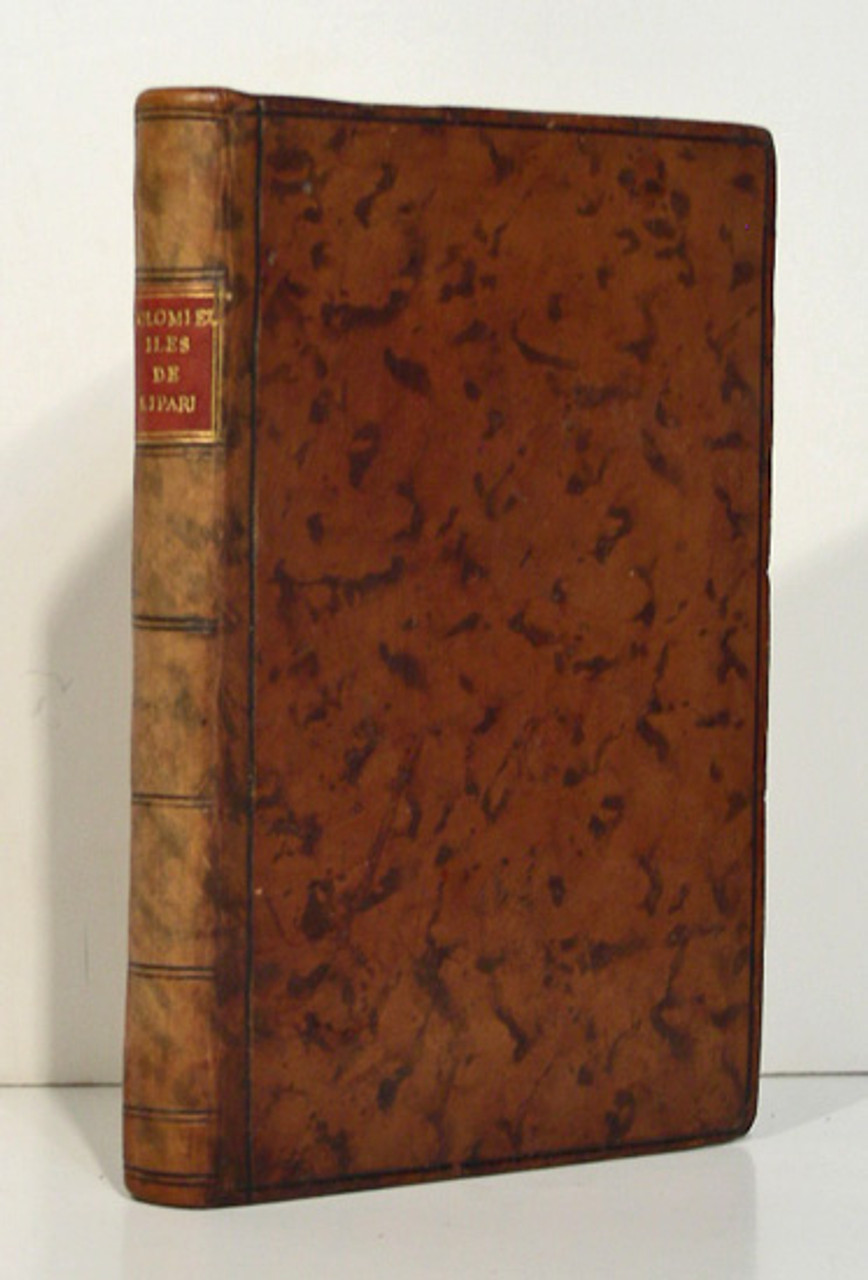 A French geologist, mineralogist and Knight of Malta; Dolomieu (1750-1801), is best remembered for his studies of volcanic regions. He was an aristocrat but a partisan of the Revolution and one of the greatest geological minds of his time. In 1780 and 1781 he visited and studied the volcanic regions of Sicily and the adjacent islands. He spent two months of1782 examining the geological structure of the Pyrenees, and in1783 the great earthquake of Calabria induced him to return to Italy. The scientific results of these excursions are given in his works "Voyage aux Iles de Lipari " and "Memoire sur les 'Iles Ponces, et catalogue raisonne des produits de l'Etna" which are offered here. In 1789 and 1790 he spent much of his time in an examination of the Alps, his observations on which formed the subject of numerous memoirs published in the Journal de Physique. The mineral dolomite, which was named in his honor was described by Dolomieu in 1791 as well as the Dolomites of Italy. After his extensive travels in the Alps, Dolomieu returned to France in 1791, with a rich collection of minerals. Dolomieu will always be remembered for his studies of volcanic substances and regions and his related interests in earthquakes, the structure of mountain ranges, the classification of rocks, and the fashion in which chemical and mineralogical studies could be applied to historical interpretation of the earth. Many of Dolomieu's views on volcanoes were formed by his travels in Italy and trips to the volcanic islands near Italy. His "Voyage aux Iles de Lipari " and "Memoire sur les 'Iles Ponces, et catalogue raisonne des produits de l'Etna" are thus two of the Dolomieu's most important books. The above work is concerned with the volcanoes of the Lipari Islands in southern Italy. His studies of Mt. Etna are described in the next work. Within these two works are the first studies of the lavas, loose ejecta, and sublimations and other phenomena of volcanoes, and the comparisons of these substances with other rocks. Within these works, Dolomieu confirmed the igneous origin of basalt and was committed to the idea that volcanic products constitute a significant proportion of the earth's composition. In some ways it is believed that Dolomiue's contentious behavior led to an early death. He was outspoken in his political views and statements made in 1783 were to have severe repercussions in 1799. Dolomieu was part of Napolean's expedition to Italy in 1797 but ill health forced his return to France in 1799. The vessel on which he was a passenger was captured and he was imprisoned by Naples which was at war with France. While other passengers were allowed to continue to France Dolomieu was imprisoned in a dungeon in extremely harsh conditions where he remained until his release in 1801. Upon his return to France he was appointed professor of mineralogy at the Jardin du Roi and after his death he was succeeded in that post by his close friend the famous mineralogist Abbe Rene-Just Hauy.