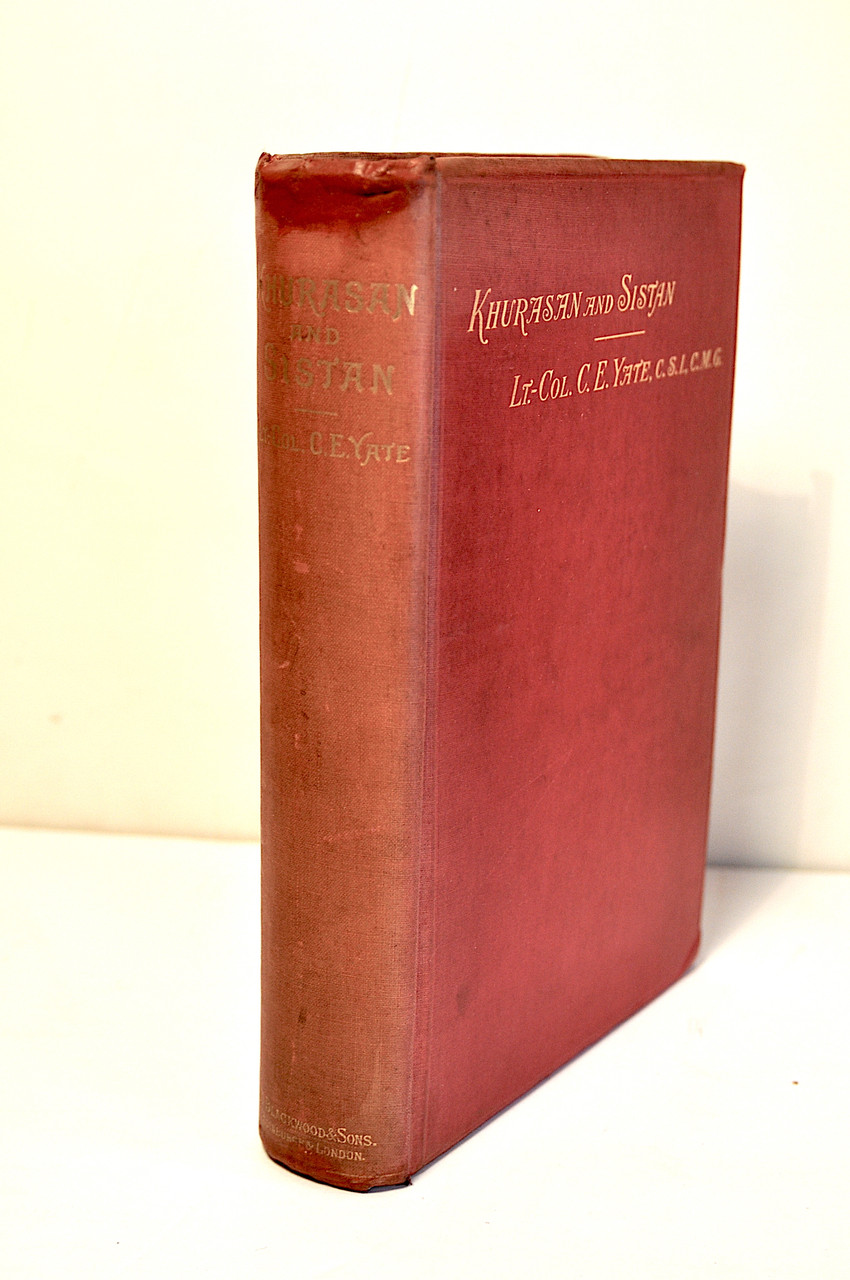 Product Description
Yate, Sir Charles Edward, Khurasan and Sistan; London, William Blackwood & Sons, 1900. Large octavo, pp. xi, 442, frontispiece, 25 plates, large folding map of Persia, Afghanistan and Beluchistan.
The work is complete and in the original red cloth with gilt cover and spine titles and brown end sheets. The binding is tight and clean with minor edge wear and minor sun fading to spine. Text, plates and map are exceptionally clean, penned date “Friday, October 29th, 1954” on free end sheet. In very good condition.
Sir Charles Edward Yate, 1st Baronet, CSI, CMG (1849-1940) was an English soldier and administrator in British India and later a politician in Britain. In 1889 he was first appointed to the post of political agent for Britain and served in Muscat. His career then advanced and he became political agent to Baluchistan (present day Pakistan), and then became Governor-General to Khorasan and Sistan. With each appointment he advanced his military career and eventually retired in the early part of the 20th century.
Yate kept a diary of his time in Afghanistan and Persia and penned his memoir ‘Kurasan and Sistan' which was first published in 1900. His work is a personal and historically accurate account of his travels and military experiences in the region and serves as a major resource to understanding the history of the last quarter of the 19th century in the region. It also puts into perspective how the process of colonialism has led to the present troubles now faced in Afghanistan and its arbitrarily defined borders which Yate helped establish.