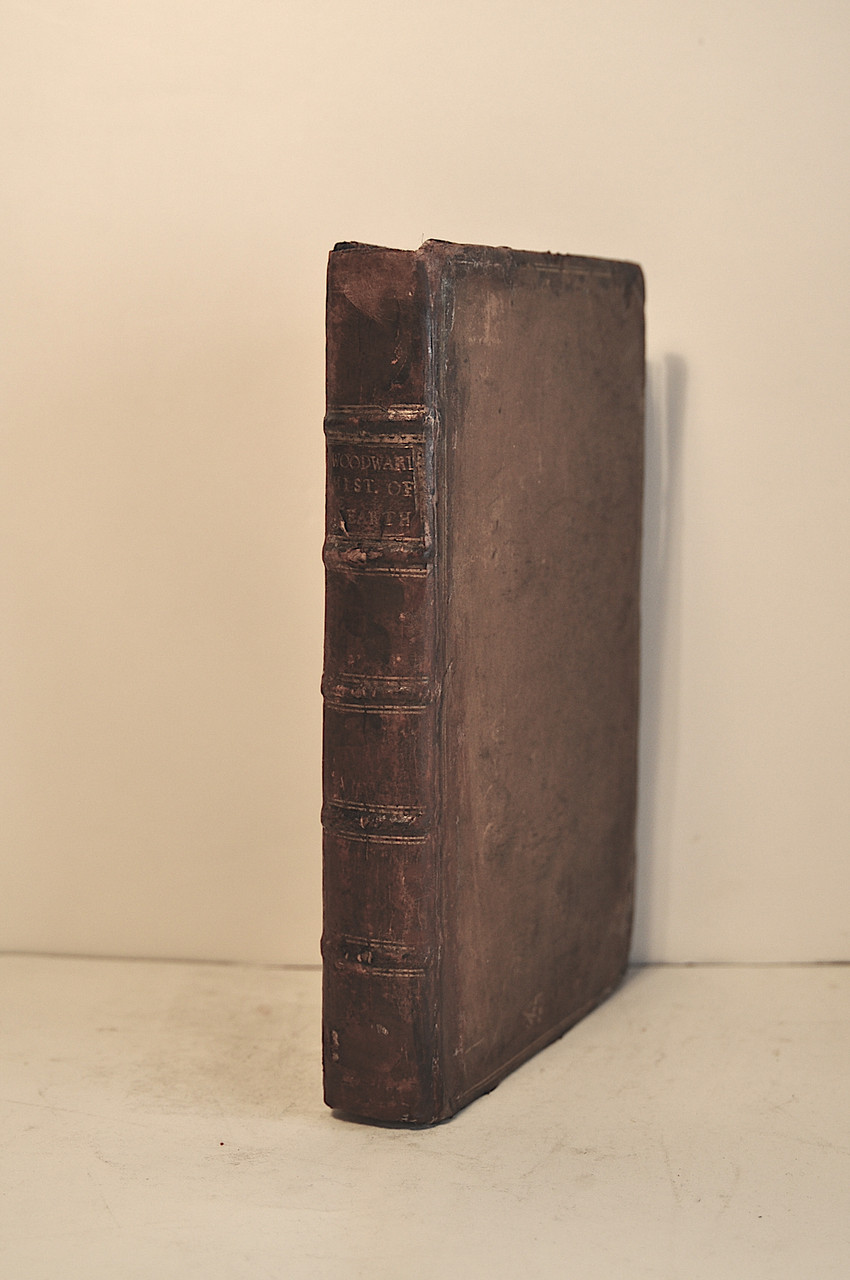 Woodward, John.The Natural History of the Earth, Illustrated, Inlarged, and Defended. Written originally in Latin: and now first made English by Benj. Holloway L.L.B. and Fellow of the Royal Society. To which are Added, Physical Proofs of the Existence of God, his actual incessant Concurrence to the Support of the Universe, and of all Organical Bodies, Vegetables, and Animals, particularly Man; with Several other Papers, on Different Subjects, never before printed. London: Tho. Edlin, 1726. Large octavo, pp. [11], 169, 2nd title page, The Natural History of the Earth, Illustrated, Inlarged, and Defended and the Objections against it particularly those lately published by Dr. Camerarius, answered. pp. [16]; 163+ errata.

The work is complete and in a contemporary full calf with six spine panels and gilt spine titles. Scuffing to binding, wear to corners. Text is clean and bright, light damp stain lower outer corner of last three pages. Small armorial stamp inked out on title page, In good + condition. Very rare.
Woodward (1665-1728) was an English physician, geologist and mineralogist. Woodward's interests varied widely over natural history and antiquities, but he is generally considered the first major figure in English geology. On excursions he studied both plants and minerals, and especially fossils. He formed a large collection of fossils and minerals, some of which were sent to him from abroad. His "Natural History of the Earth" was published in Latin as a followup defending his "Essay Toward a Natural History of the Earth", which was published in 1695. In it he advanced a theory to explain stratification (and the fossils embedded in strata) by the deposit of debris out of the deluge. He insisted that fossils were the remains of once living animals and plants, and he related fossils to specific rock formations. Woodward thought that in order for fossils to get inside the solid earth, the crust must once have been dissolved and this could only have happened during the deluge. Once the crust was in dissolution, the remnants of living things settled out in the mire and eventually solidified in the rock. Woodward recognized the existence of various strata in the earth's crust and the true nature of fossils, failing only to make the assumptions regarding the method of formation of the rocks that earned William Smith the title of father of English geology. His most important lasting contribution to science is his catalogue of the fossils which in the course of long years he had collected in England, and which now form an interesting portion of the Sedgwick Museum at Cambridge.