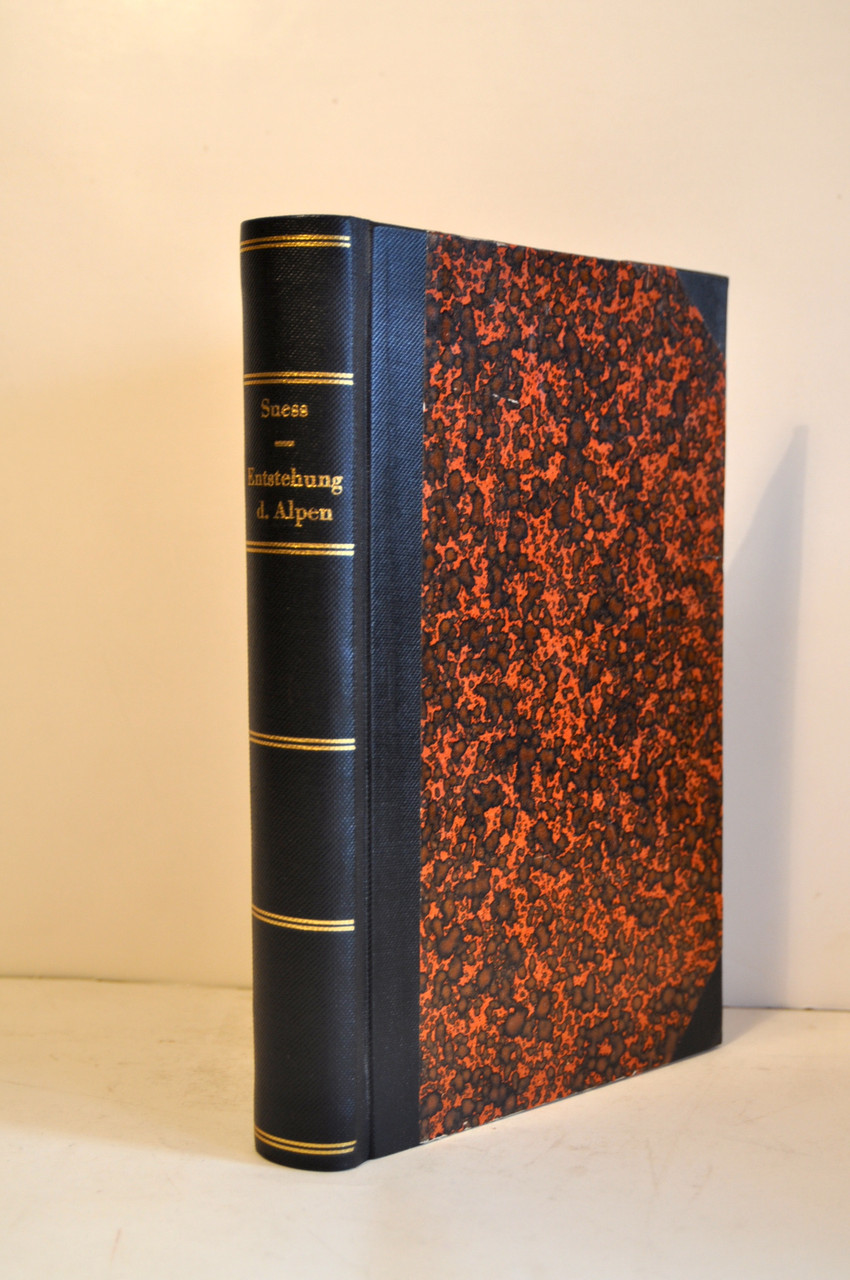 Product Description
Suess, Eduard: Die Entstehung der Alpen. Wien, Braumüller, 1875. Large octavo, pp. iv, 168.
The work is complete and in a contemporary half cloth and marbled boards. The binding is tight and very clean. The text is pristine with a small oval number on the edge of the title page. Near fine.
Eduard Suess (1831-1914) was a prominent Austrian geologist and an authority on the geography of the Alps. He is responsible for hypothesising two major former geographical features, the supercontinent Gondwana and the Tethys Ocean. In 1865 he was commissioned to write a treatise on the geology of the Austrian Empire.  He used a novel approach to his study by using the comparative method which is used  in anatomy to compare the geological structure of the various mountain ranges. After observing asymmetry in the structure of the Carpathians, the Sudetes and the Apennines, he saw that same structure in the Alps. The initial results of his observation first appeared in 1875 in his work "Die Entstehung der Alpen” ( The Origin of the Alps) which contained many of his governing ideas in embryonic form. Rather than a geological description of the Alps, it was an overall view of the genesis and structure of mountain chains”. In it he argued that horizontal movements of the lithosphere, rather than vertical uplift, played the dominant role in creating the Alps by folding and thrust faulting.