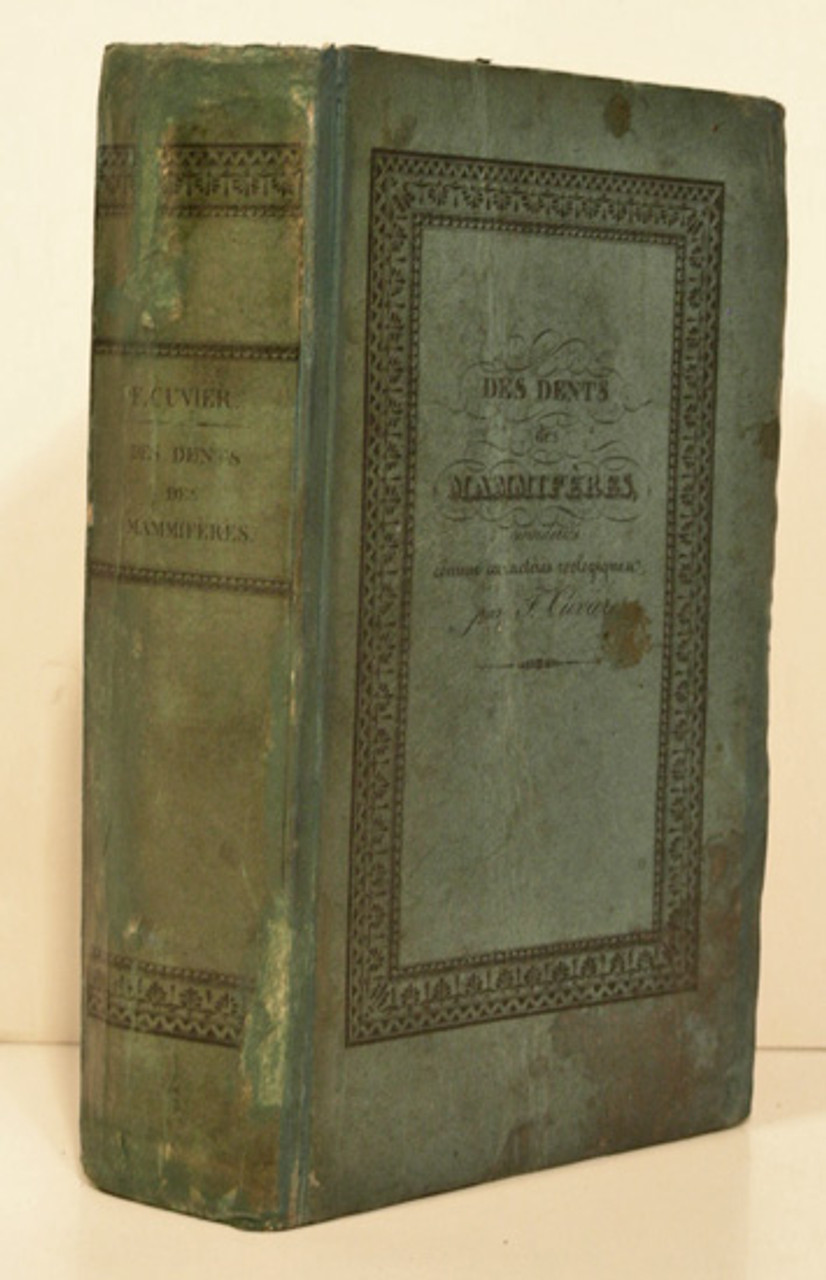 The work is complete and in the original blue paper covered boards with titles within black ruled decorative borders on cover and spine. Light wear to covers and spine nicely restored. Crease in front cover. The binding is tight and text is exceptionally clean. In very good condition. Very rare.

Frédéric Cuvier (1773–1838) was a French zoologist. He was the younger brother of noted naturalist, paleontologist and zoologist Georges Cuvier. Frederic was the head keeper of the menagerie at the Muséum d'Histoire Naturelle in Paris from 1804 to 1838. He discovered the red panda (Ailurus fulgens) in 1821. The chair of comparative physiology was created for him at the Muséum d'Histoire Naturelle in 1837. He was elected as a foreign member of the Royal Society in 1835. It was his brother Georges Cuvier who led him into the field of zoology when he invited him to Paris to help prepare a descriptive catalogue of thousands of skeletons in the collection of comparative anatomy at the Jardine des Pinnies. This catalogue was the foundation of his work on the teeth of mammals, “Des Dents des Mammiferes Considerees comme Caracteres Zoologiques”. The work is surprisingly little known but led to important changes in the natural arrangement of mammals which are now adopted in zoology.