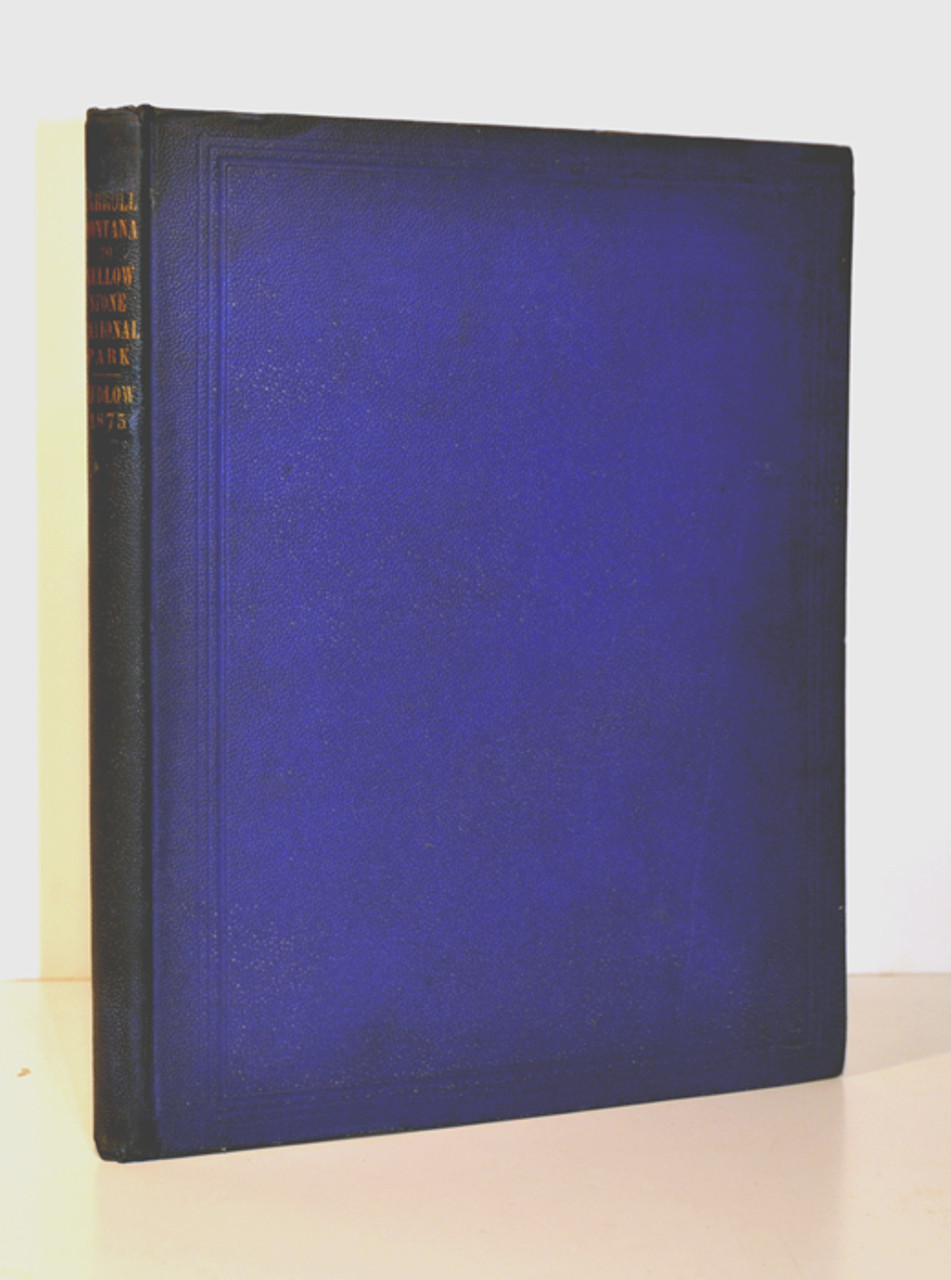 Ludlow, William; Report of a Reconnaissance from Carroll, Montana Territory, on the Upper Missouri, to the Yellowstone National Park, and return, made in the summer of 1875. Washington, GPO 1876. Large quarto, pp. 155, 2 plates and 3 folded maps. The maps are of Judith Basin, Upper Geyser Basin, and a map of the region surveyed.

The report is complete and in the original blue cloth with gilt titles. The binding is tight and clean with a minor archival repair to the upper spine corner. X-lib, Columbia School of Mines with small round seal on title page and duplicate stamp over that. Later embossed stamp of Craig Black on title page. Small stamp to plate and a map edge. The text is bright,. Over all in very good condition.

William Ludlow (November 27, 1843 – August 30, 1901) was an officer in the Corps of Engineers and a major general in the United States Army who served in the Civil War, Plain Indian Wars, the Spanish-American War, and led two scientific expeditions examining both the Black Hills region and Yellowstone National Park.

Ludlow's Yellowstone expedition surveyed the territory between the Upper Missouri River and Yellowstone Park. In addition to gathering data for accurate topographic maps of the region, members also studied the region’s geology and zoology. The geologists on the expedition were Edward S. Dana and George B. Grinnell. The reports furnished by Dana are amongst his earliest contributions to geology. Grinnell was considered the  "father of American conservation" and developed his insights on conservation while on this expedition. It should be noted that even in 1876 their was a call for an environmental conscience. Ludlow notes that "wanton destruction of what was to be for the edification of all” was occurring within Yellowstone National Park and game was being slaughtered in large numbers. His answer to this problem is “a thorough mounted police of the park" or the presence of troops and transfer of the park to the War Department until its preservation could be guaranteed.

Ludlow’s report was accompanied by three maps. The first map is titled “Map of a Reconnaissance from Carroll Montana Ter. to the Yellowstone National Park and Return. The scale is 12 inches to the mile. Size is 19 inches x 24 inches. The second map is titled “Upper Geyser Basin” which shows many of the regions geysers. Size is 15.5 inches x 9 inches. The third map is titled “Judith Basin” and shows on a larger scale some of the country reported on in the first map from the Missouri River to the Little Belt Mountains. Size is 12 inches by 17.25 inches.