Rare western exploration book by Fremont; Exploring Expedition to the Rocky Mountains in the Year 1842 and to Oregon and North California in the Years 1843-1844 Book 189-d

Rare western exploration book by Fremont; Exploring Expedition to the Rocky Mountains in the Year 1842 and to Oregon and North California in the Years 1843-1844 Book 189-d 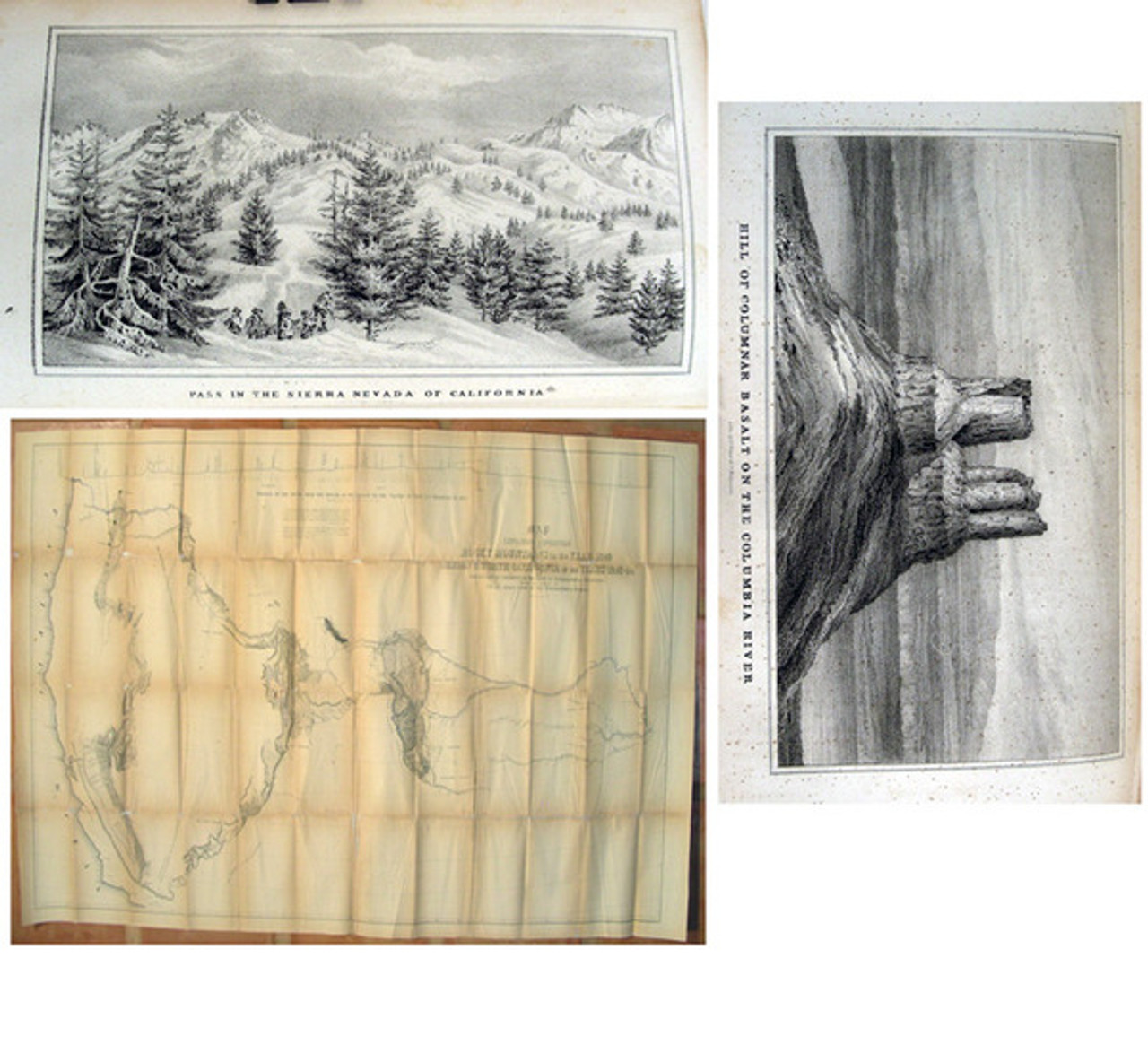 The work is complete and the text is in a contemporary half calf over cloth boards with gilt titles. The binding is tight and clean with scuffing to the boards. The text is clean and bright, plates and maps are clean and bright with minor foxing to a few plates. The large folded Fremont/Preuss map is backed with archival tissue and rolled in a separate  case. Light wear at original map folds. Otherwise a very good complete work.

Fremont (1813-1890); an American military officer with the Topographical Engineers, was a mapmaker and explorer. His expeditions to the American West resulted in some of the original observations of its geology and paleontology and more importantly some of the most important maps in the history the cartography of the western United States. His maps changed our perception of the west. This is the first edition, Senate issue, of "one of the most important accounts in the history of the exploration of the Rockies," illustrated with 22 lithographic plates and five maps, including the monumental large folding 1845 map of the unexplored wilderness which lies between the Missouri and the shores of the Pacific by Charles Preuss. The large map is titled "Map of the Exploring Expedition to the Rocky Mountains in the year 1842 and to Oregon and California in the years 1843-4". The work is a cornerstone of early western exploration, documenting Fremont's two great expeditions. The first, of 1842, explored the country between the Missouri River and the Rocky Mountains, following the Kansas and Great Platte Rivers; the second, of 1843-44, to Oregon and Northern California, traveling from the Great Salt Lake to Vancouver, then south to San Francisco, and finally east over the California desert. Fremont confined his descriptions to the features which were actually seen and described what was needed to give the observer a true picture of the character of the country. The noted topography Charles Preuss whose skill in mapmaking and sketching topography in the field and then representing it on a map was unsurpassed and he is responsible for the maps amazing detail. Thus this map is referred to as the Fremont/Preuss map. The report was one of the most studied works prior to the gold rush, and the text and maps had a powerful effect on the routes chosen by emigrants to the west.

Rare western exploration book by Fremont; Exploring Expedition to the Rocky Mountains in the Year 1842 and to Oregon and North California in the Years 1843-1844

Rare vertebrate paleontology book, Owen, Richard; The Principal Forms of the Skeleton and of the Teeth. 1854.