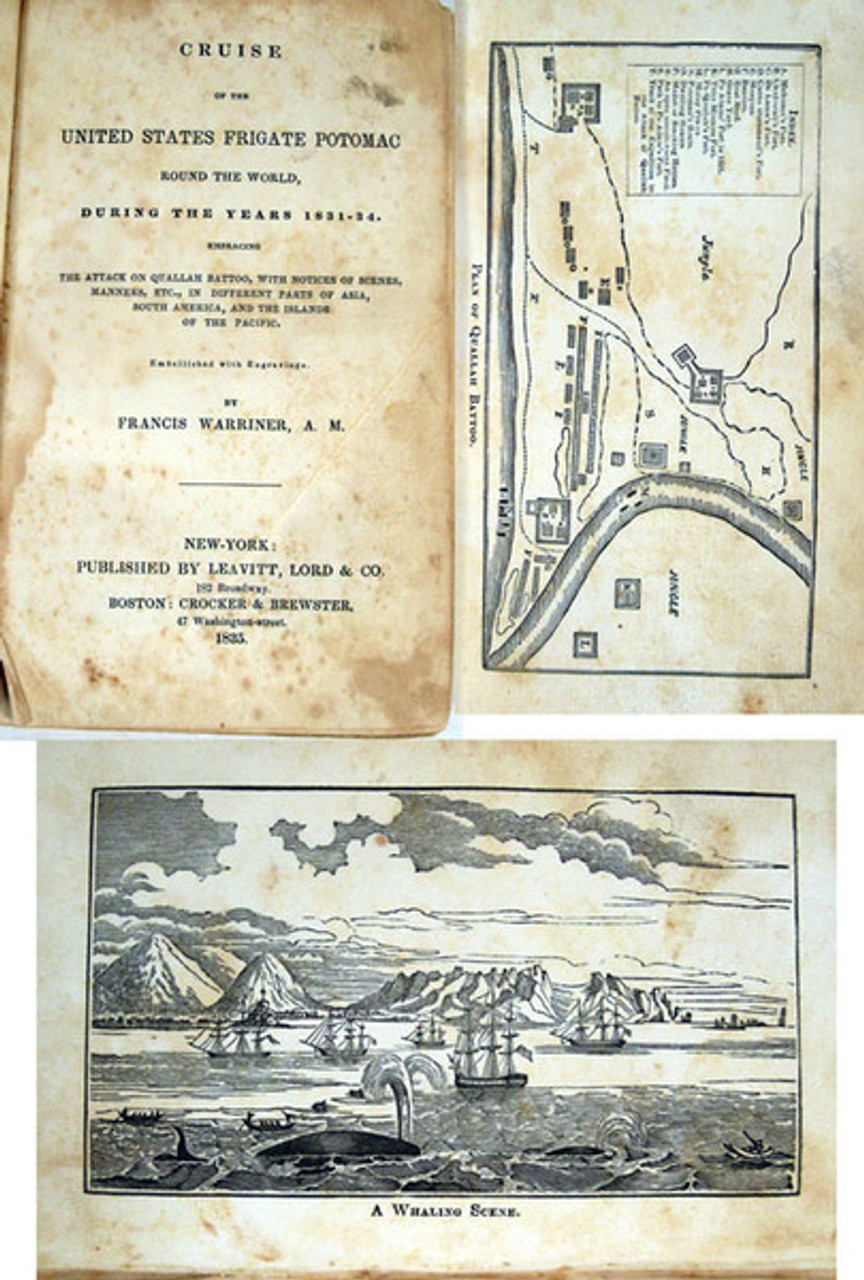 Warriner, Francis; Cruise of the United States Frigate Potomac Round the World, during the Years 1831-34. Embracing the Attack on Quallah Battoo, with Notices of Scenes, Manners, etc., in Different Parts of Asia, South America, and the Islands of the Pacific. New York: Leavitt, Lord & Co., Boston: Crocker & Brewster, 1835. Octavo, pp. 366, 2 12pp., plus frontispiece, a plan and numerous plates.

The work is complete and in a contemporary full calf with gilt titles. The binding is tight with scuffing to boards. Foxing and damp margin to contents. In good condition.

Warriner, (1805-1866) was a native of Massachusetts, graduate of Amherst College and after a brief career with the Navy spent his life in Massachusetts.  Between 1831 and 1834 he  was the chaplain and teacher of mathematics and navigation to midshipmen on the frigate "Potomac," which was one of a squadron of vessels sent to protect American interests in the Indian archipelago. The Potomac was dispatched by President Jackson to conduct operations against Sumatran pirates. The Potomac  saw the first American action in the Orient, and became the first U. S. warship to circumnavigate the earth in an easterly direction. Warriner wrote of his experiences during this voyage in his book.