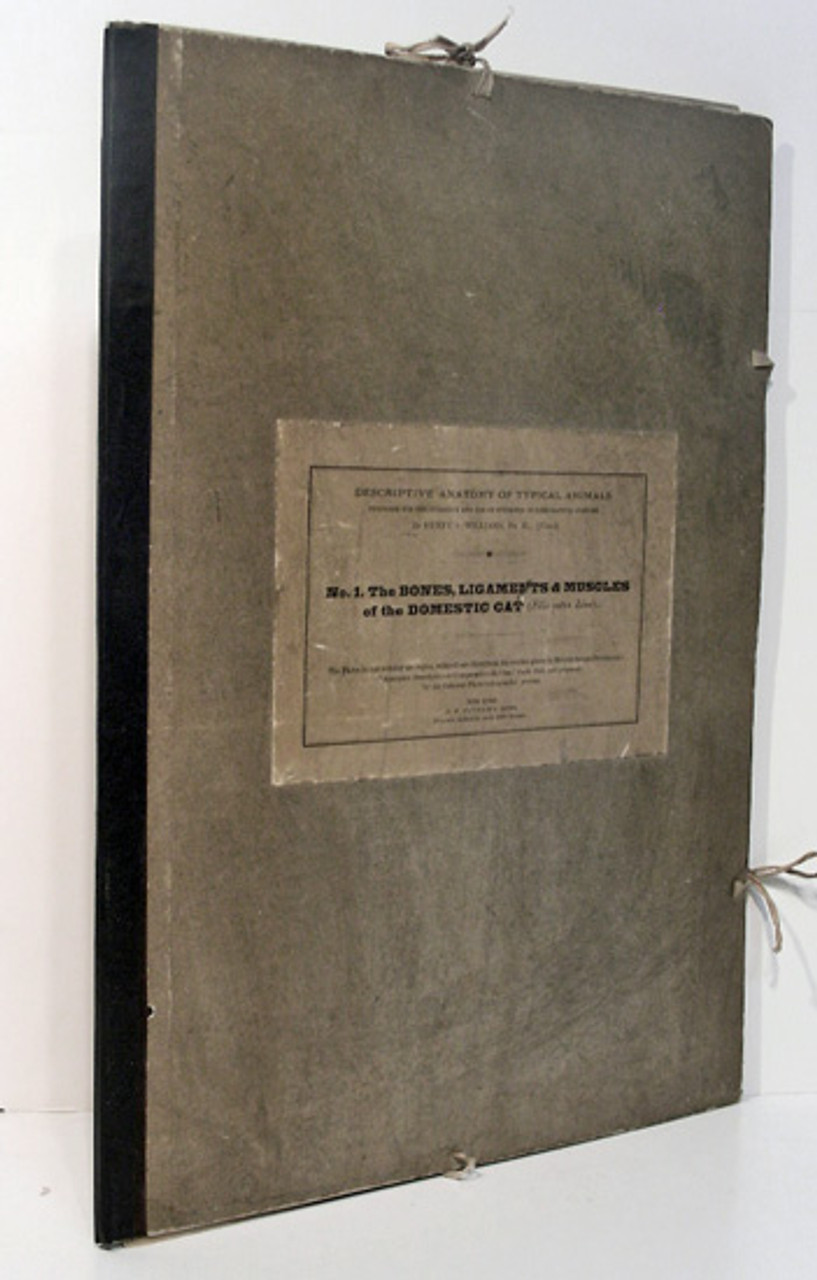 The folio volume. In original brown boards with cloth spine and paper title label on cover and original string ties. One tie is missing. Boards with light soiling. The plates have very minor foxing. In very good condition.

Williams  1847- 1918), was an American geologist, He was born in Ithaca, New York. Williams did his preparatory work at Ithaca Academy, graduating in 1864, and matriculated at Yale University, graduating in 1868; he finished his PhD in 1871 at the Yale Sheffield Scientific School. He worked for seven years in the family businesses, but wanted an academic life. When Theodore Comstock left Cornell in 1879, Williams was appointed assistant professor of geology and became professor of paleontology in 1880, then professor of paleontology and geology in 1886. In 1892 James Dana (1813-1895), a professor at Yale and one of the pioneers of American geology, picked Williams to be his successor. Williams remained at Yale for twelve years, returning to Cornell in 1904, where he stayed until his 1912 retirement. Williams made significant contributions to our understanding of North American stratigraphy and paleontology. He was a supporter of Darwinian evolution and discovered a concept now known as "Punctuated Equilibria."
His Descriptive Anatomy work consisted of twelve plates (numbered 2-13) in folio and an octavo descriptive text of 94 pages. The plates are taken from “Anatomie descriptive et comparative du chat”  (1845) by Hercule Straus-Durckheim (1790-1865). Williams considered only plates 2 through 12 relevant for his work. He states this on page seven of his small descriptive text which is not present here. His students used his work in lab work during exercises. Copies of the Williams atlas are very rare and copies of the Hercule Straus-Durckheim are very scarce.