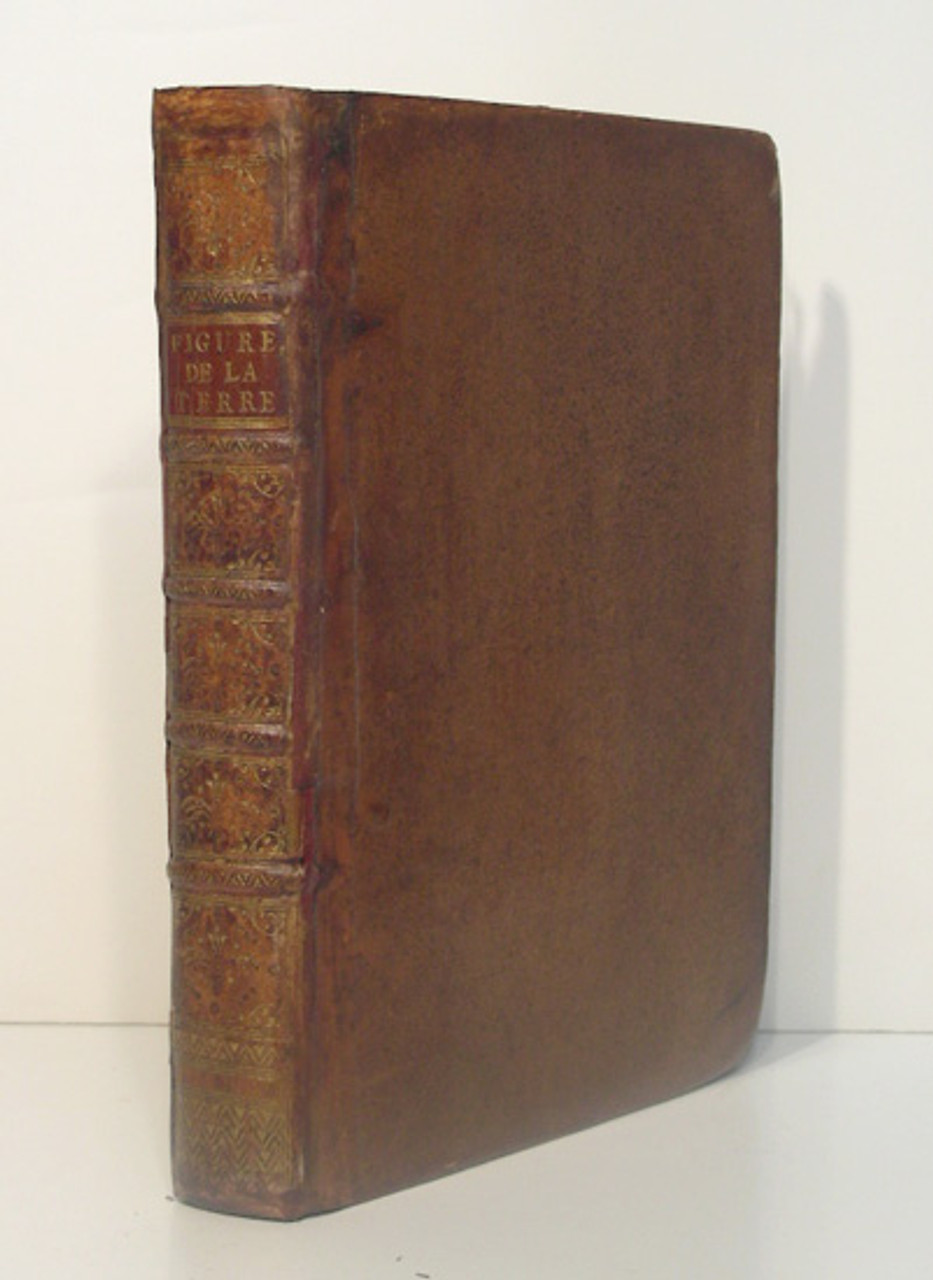 This rare work is complete and in a contemporary full calf with gilt titles and spine panels. The binding is tight and clean with light archival restoration at spine edges. The text and plates are exceptionally clean and bright. In very good condition.

A famous French scientist Bouguer (1698-1758) is best remembered as one of the founders of photometry, the measurement of light intensities and for his work on measuring the degree of latitude and determining the figure of the Earth. Bouguer was a prodigy trained by his father, Jean Bouguer, in hydrography and mathematics. Upon his father’s death, Pierre—at age 15—succeeded the elder Bouguer as royal professor of hydrography. During the 1720s he made some of the earliest measurements in astronomical photometry, comparing the apparent brightness of celestial objects to that of a standard candle flame. In 1727 he won the Grand Prix of the Académie Royale des Sciences for his submission on masts of ships. Two years later he again won the grand prize, this time with an essay on observing the altitudes of stars at sea then, in 1731, he won his third Grand Prix from the Académie for his work on the observation of the magnetic declination at sea. In 1735 he took part in an expedition to South America to calculate the size of a degree of latitude. In geodesy and geophysics, the Bouguer anomaly is named for Bouguer in recognition for his demonstrating that gravitational attraction decreases with altitude. He gave a full account of his research in La Figure de la terre (The Shape of Earth) in 1749. Bouguer measured gravity by pendulum at different altitudes and was the first to attempt to measure the horizontal gravitational pull of mountains.