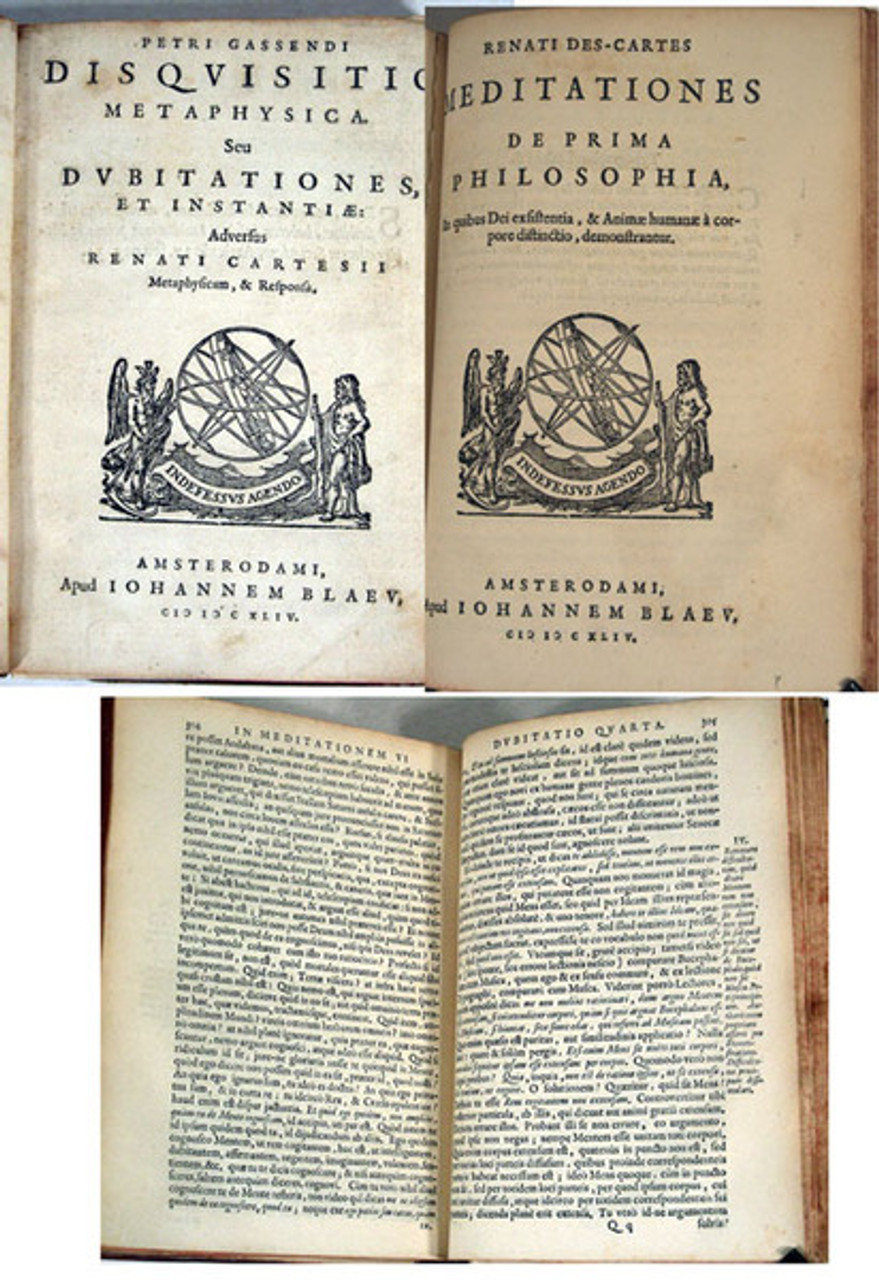 The work is complete and in a contemporary paneled calf with a later matching spine and gilt titles. The binding is tight and clean, text is very clean. In very good condition. Rare.

Pierre Gassendi (b. 1592, d. 1655) was a French philosopher, scientific chronicler, observer, and experimentalist, scholar of ancient texts and debates, and active participant in scientific debates (including those with Descartes, Kepler, Galileo, Mersenne, Beeckman, and Hobbes) of the first half of the seventeenth century. His significance in early modern thought had until recently been not been appreciated. His major contributions toward a better understanding of modern empiricism, the mechanical philosophy, and relations of modern philosophy to ancient and medieval discussions are now being acknowledged. His presentation of an empiricism, atomism, and new cosmology in historical and philosophical context greatly advanced the community of scholarship in his day, and represents what was then a fairly new model of research and exposition—still in philosophical use today.?Gassendi is best known in the history of philosophy of science for his disputes with Descartes, his relations with other major figures, including Kepler, Galileo, Mersenne, Beeckman, and Hobbes, represented even more important transactions of ideas. His perspectives provide a modern view of the philosophy and science in his times. ?In 1641 the theologian and mathematician Marin Mersenne invited Gassendi and several other eminent thinkers to contribute comments on the manuscript of René Descartes’s Meditations (1641). In 1644 he published Disquisitio Metaphysica, or “Metaphysical Disquisition; Doubts and Instances Against the Metaphysics of René Descartes and Responses” which was his answer to Descartes' reply to Gassendi's original objections to parts of Descartes’ writings. The differences center on Gassendi's account of the created world and that of Descartes. For Gassendi, the world is utterly contingent on the divine will. It follows that the world can only be known by empiricical investigation. Descartes describes a world in which God has embedded necessary relations which make a priori knowledge possible. In the second argument, Meditationes de prima Philosophia, Gassendi’s argued that Descartes had failed to establish the reality and certainty of innate ideas.