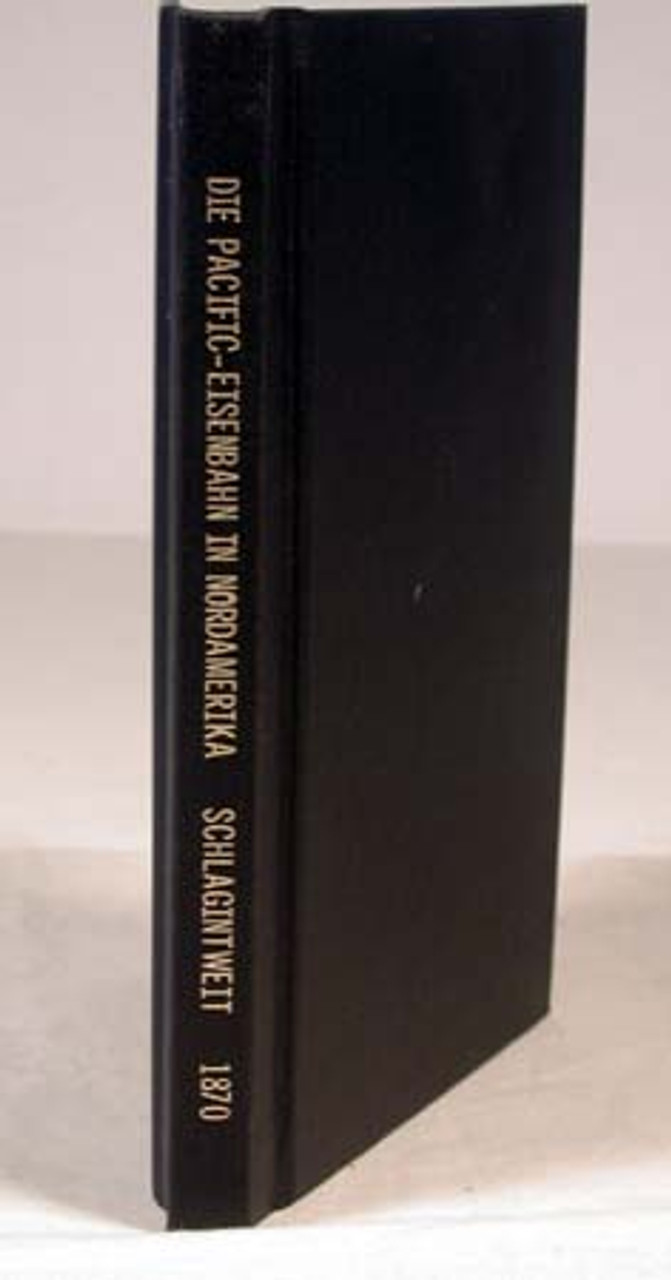 The book is complete and in recent black cloth with gilt spine titles, original illustrated title wraps bound in. Light soiling to title wraps, minor repairs to verso of map at folds. In very good condition.

A German geographer and expert in oriental studies Robert von Schlagintweit 1833-1885) was one of five Schlagintweit brothers who all became famous as explorers and Orientalists. In 1854, on the recommendation of Alexander von Humboldt the British East India Company invited Robert, Hermann and Adolf to accompany an expedition to the Deccan Traps and Himalayas of india to perform the first accurate surveys of those mountains. The resulting five volume report remains a milestone in the explorations of the Himalayas. Herman and Robert Schlagintweit returned to Germany in 1857, but Adolf, who remained in Central Asia for further expeditions, was killed by the Amir of Kashgar on August 26 of the same year. Robert was to continue his explorations and came to America in 1869 to discover the country by railroad. The above work is a narrative of his travels and observations. He includes details on the construction of the railroads, the costs, and engineering. Much of the work focuses on the route from Chicago, through Omaha, Salt Lake City, through Nevada and hence to San Francisco. Side trips were taken to Denver. He was especially intrigued with the engineering through the Sierra Nevada. A little known work by a prominent figure in exploration.