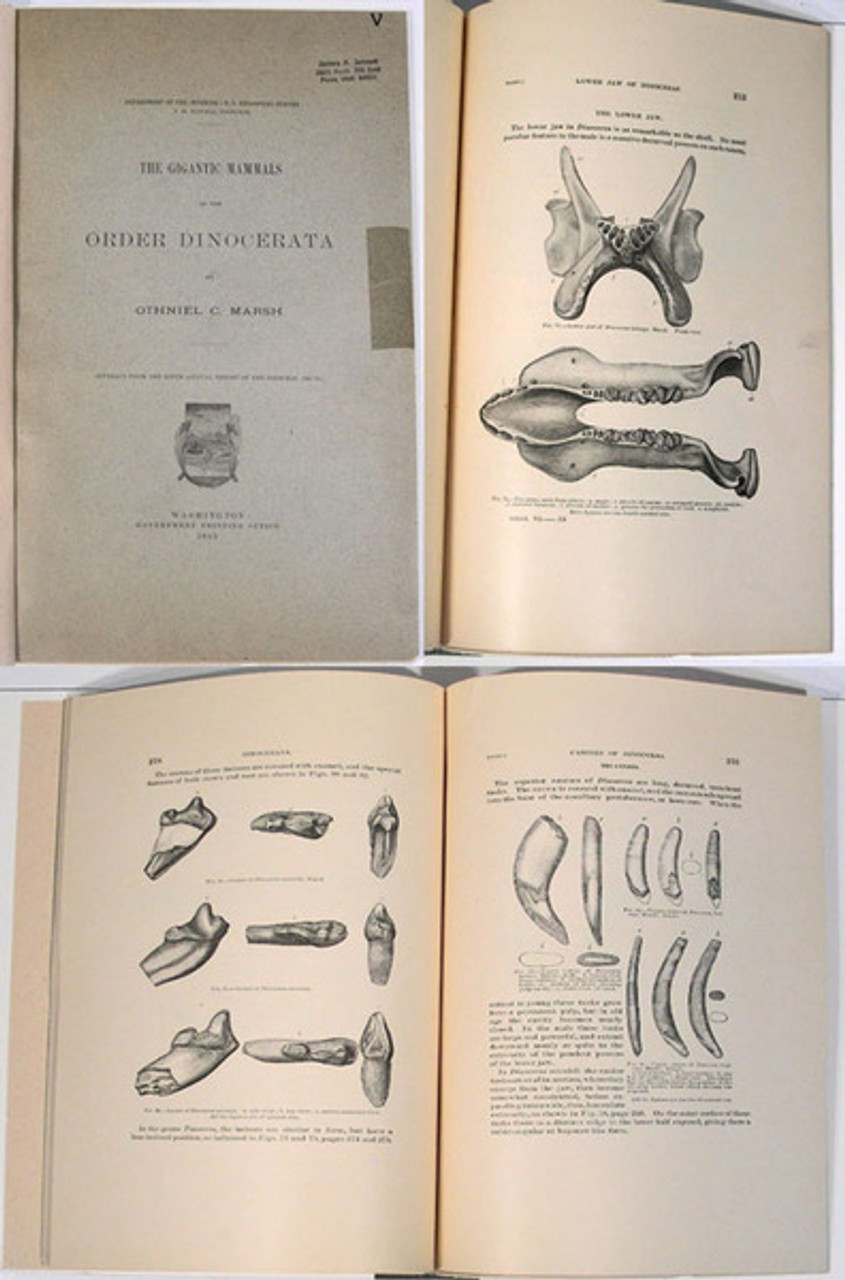 True off print with title cover and bound in an archival folder. Owner’s small stamp (James A. Jensen) on title wrap, in very good condition.

This is a true offprint with its own title wraps and not an extracted paper from the Annual Report. An American vertebrate paleontologist and zoologist, Marsh (1831-1899) was considered one of the pre-eminent paleontologist of his day. His classifications and descriptions of extinct vertebrates, especially dinosaurs are considered major contributions to science and our knowledge of the evolution of vertebrate. Marsh spent the majority of his career at Yale. Marsh collected throughout the country especially in the west. His order “Dinocerata (Uintatheres) denotes an extinct hoofed quadruped that grew to the size of a large rhinoceros and flourished in North America during the Paleocene and Eocene. His illustrations in this work display the type of results that show his attention to meticulous research and collecting and preservation of bones. The skeletal restorations were made possible by Marsh's pioneering of new collection methods, which emphasized careful laboratory preservation of fossils still in the matrix, versus haphazard field collecting of bones.