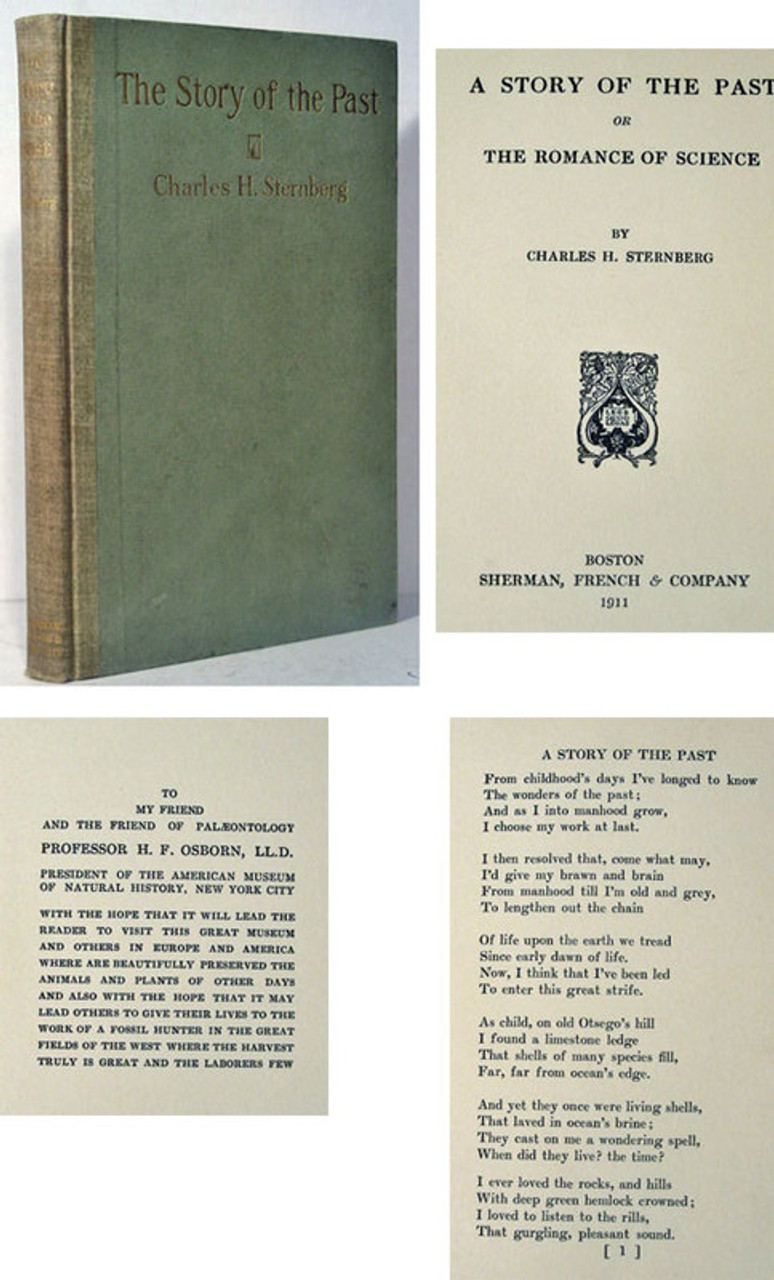 The work is complete and in the original cloth over paper covered boards with gilt cover and spine titles. The binding is tight with very minor cover wear. The text is pristine. In near fine condition. A very rare work by Sternberg.

Charles Sternberg was one of America's most noted commercial fossil collectors. He and his sons made numerous major discoveries of dinosaurs both in America and Canada. His specimens are displayed at the AMNH, the British Museum, the USNM, and numerous European Museums. Charles Sternberg and his wife had five children. Of the five only one was a daughter. Her name was Maud. She died in 1911 at age twenty. Charles Sternberg had often told Maud exciting stories of dinosaurs and other extinct creatures and how the stratigraphy and fossils seemed to bring to life, the animals and their environments. Sternberg was so devestated by Maud's death, he wrote the above small book entitled The Story of the Past. The book is dedicated to Henry F. Osborn but the 14 poems in it are for Maud. Many are about Sternberg's collecting experiences, the fossils, and life in the field. Titles include: A Story of the Past, Things not Seen, The Permian Beds of Texas, Where the Sunflowers Grow, and In the Laramie. One poem has the title Maud and commemorates her life.