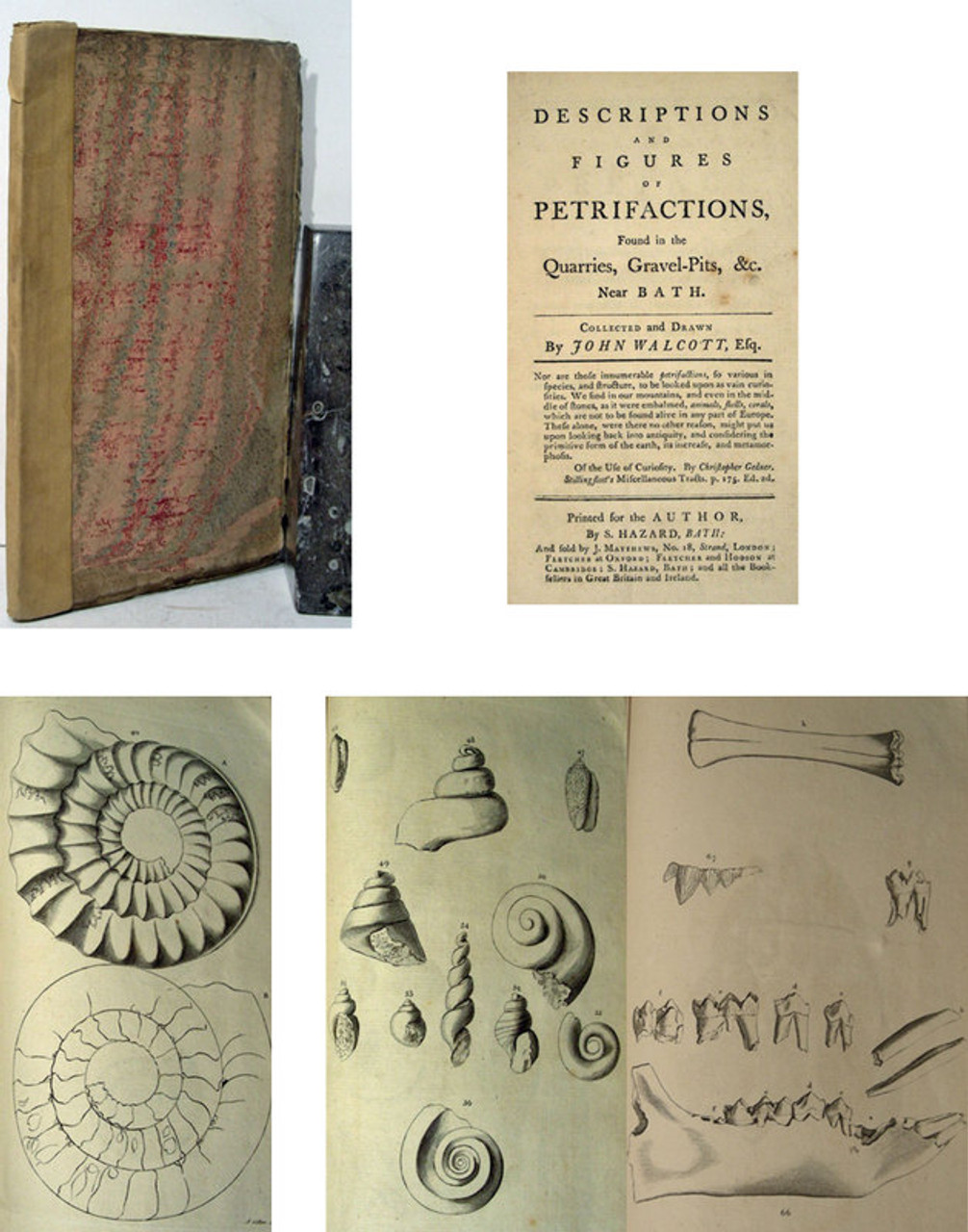 This rare catalogue of Walcott's fossil collection is complete and in the original marbled binder wraps with a paper spine. The wraps are soiled, the text has light soiling at the very margins. The pages have never been trimmed. Over all in very good condition.

John Walcott ( ? - 1831) was a prominent British naturalist from Bath. In addition to the above work on fossils, Walcott published "Flora Britannica Indigena in 1778 and the two volume work "Synopsis of British Birds between 1789 and 1792. His "Descriptions and Figures of Petrifications" is the first work on the geology of Bath. Walcott's work also played a role in the studies of stratigraphy undertaken by William Smith. Smith arrived in Bath in 1791 and then was employed in surveying estates and mines in the Somerset area. Smith used exisiting identified fossils as aids in comparing strata, and was able by 1796 to determine the stratigraphic order in Bath. This was done with the aid of the earlier work of Walcott. It was the quality of the illustrated fossils in Walcott's catalogue which were of particular help. The work is very rare.