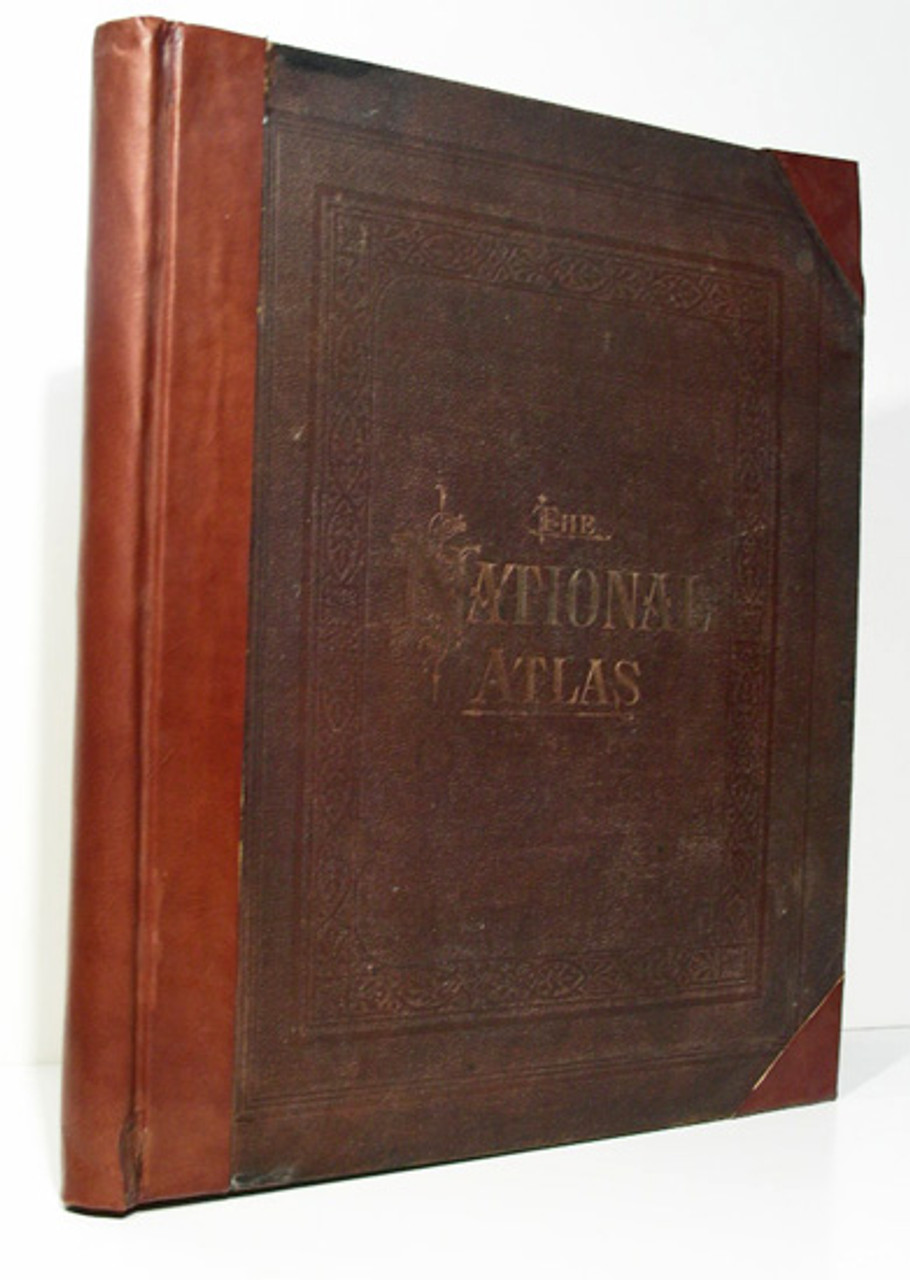 Gray, O.W. & Son; The National Atlas, Containing Elaborate Topographical Maps of the United States and the Dominion of Canada, with Plans of Cities and General Maps of the World, also, Descriptions and Tables, Historical and Statistical, with a Reference List  Containing the Names of the Cities, Towns, Villages, and Post-Offices in the United States, with their Location. Accompanied by Special Railway, and Scientific Maps and Articles. Stedman & Brown, Philadelphia, 1884. Folio, pp. 224, 159 colored maps and city plans.

The atlas is complete and in the original cloth covered boards with gilt titles and later calf spine and corner pieces. The binding has been re-cased with modern end sheets. Archival repairs to the upper margin of the New England map. All other maps are free of tears and clean. In very good condition.

Commonly referred to as “Gray’s Atlas” this work contains beautifully detailed maps of the United States, Canada, Mexico, the various states, and cities and also a world maps and maps of various countries. Many of the maps are double page.