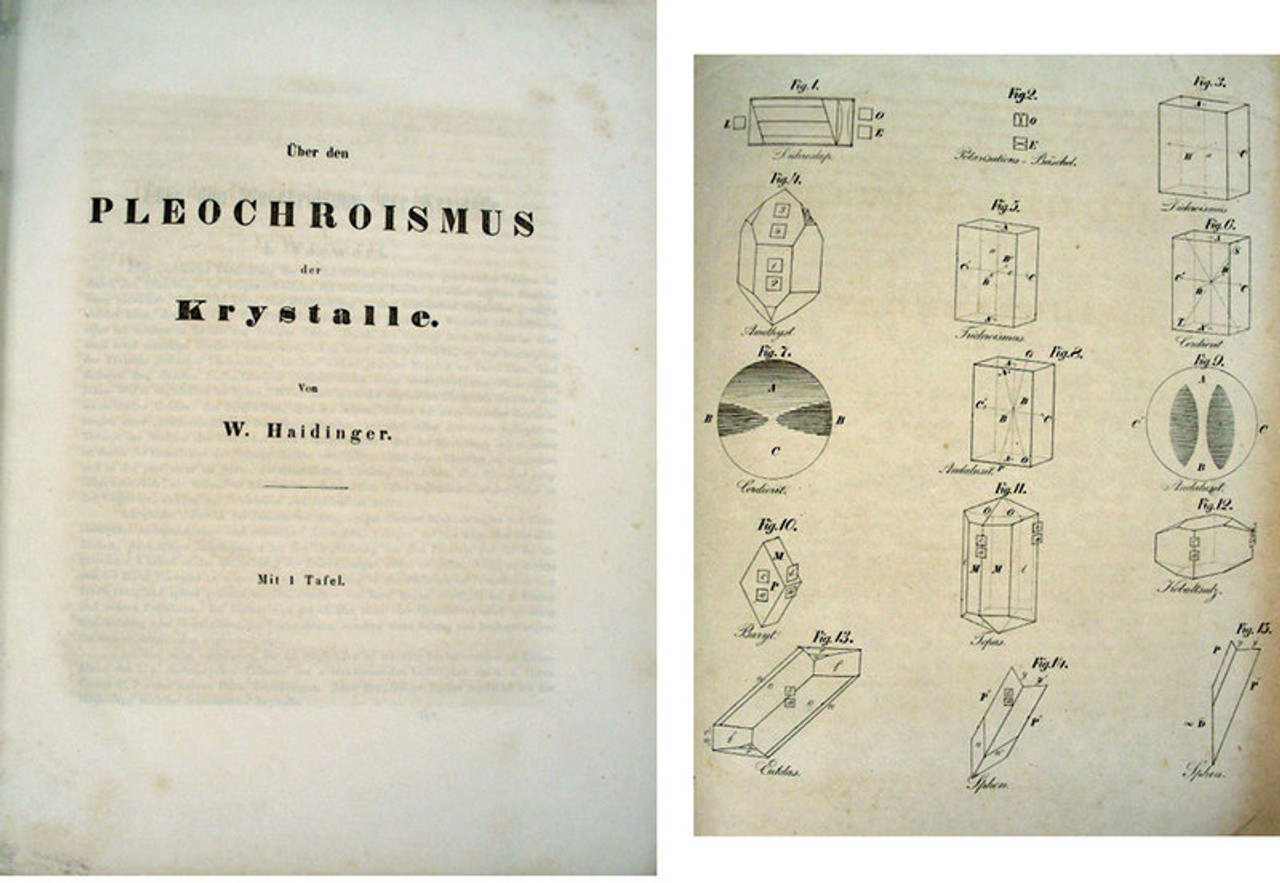 The work is a true off print with its own title page. It is in earlier soft cover wraps with a typed label on the cover. Light creasing to covers, light soiling to plate. Over all in very good condition. Very rare in off print form.

An Austrian mineralogist and geologist, Haidinger (1795-1871) studied under Mohs in Graz. He was to become associated with many of the prominent geologists and mineralogists of the period, including Cuvier, Greenough, Brewster and Allan.
While in Scotland, he began to publish papers on the determination of mineral species and also published his first major work, an English translation of Frederich Mohs Grundriss der Mineralogie, which was published in 1825. After 1827, Haidinger also became interested in pseudomorphs and the absorption of light in crystals.
In 1827, he returned to Elbogen, Austria and in 1840 was appointed as an inspector of mines and moved to Vienna and he helped establish the Austrian Geological Survey in 1849.
He remained fascinated by the absorption of light in crystals and that led to his 1845 paper Uber den Pleochrosimus der Krystalle. He describes and depicts a dishroscope made from a calcite cleavage rhomb and tabulates pleochroic uniaxial and biaxial crystals of apatite, sapphire, ruby, emerald, beryl, tourmaline, smoky quartz, amethyst, idocrase, zircon, cordierite, andalusite, topaz, peridot, epidote, euclase, sphene, axinite etc. The work is a major contribution to pleochroism and has become a work of major importance to gemology. (Sinkankas 2668)