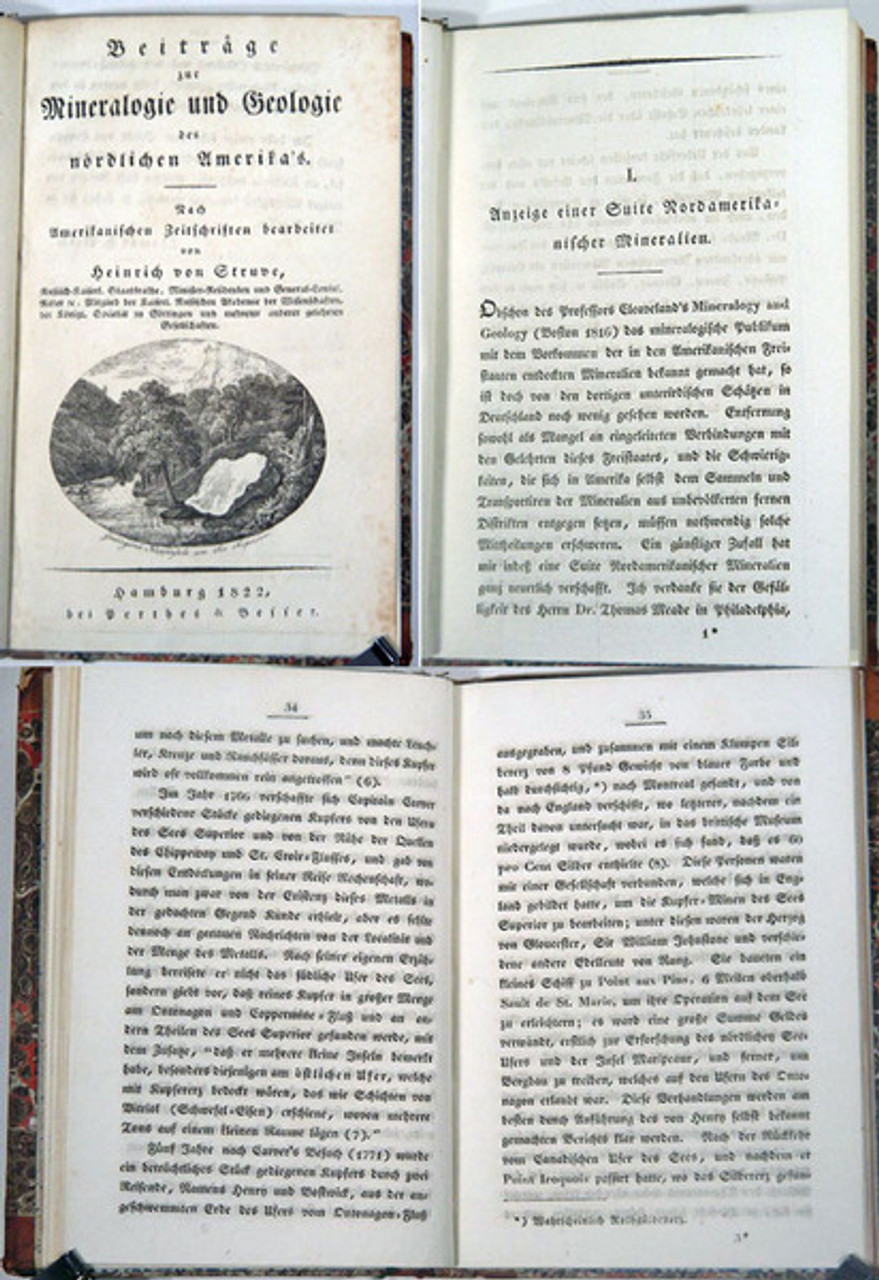 This rare book is complete and in a contemporary calf and marbled boards with gilt spine titles and panels. Owner’s book plate on paste down. The binding is tight and clean, the text is very clean. In very good condition.

Heinrich Christoph Gottfried von Struve (1772-1851) studied political science in Erlangen and became a civil servant in Russia. Struve was also an amateur mineralogist and owned a large collection of minerals that was purchased by the Naturwissenschaftlicher Verein in 1820. In 1920 the chemist Georg Ludwig Ulex named the mineral Struvit to honour von Struve.
As a mineral collector, Struve was often frustrated by the lack of written information on mineral localities. After traveling from Stuttgart to Sulz, Alpinsbach and Kloster Wittichen, in 1807 Struve published a short work on the geology and mineralogy he observed during the journal.
The state of mineralogy in America was so little known that Struve wrote a treatise on the mineralogy and geology in North America. In its preparation, the Benjamin Silliman’s American Journal of Science, the Journal of the Academy of Natural Sciences in Philadelphia and Cleaveland's Treatise on Mineralogy and Geology were consulted by Struve. The first 22 pages contain a listing of the minerals found in North America. The remainder of the volume is devoted to extracts of articles by Schoolcraft, Jessup, Dickson, Troost, and others.