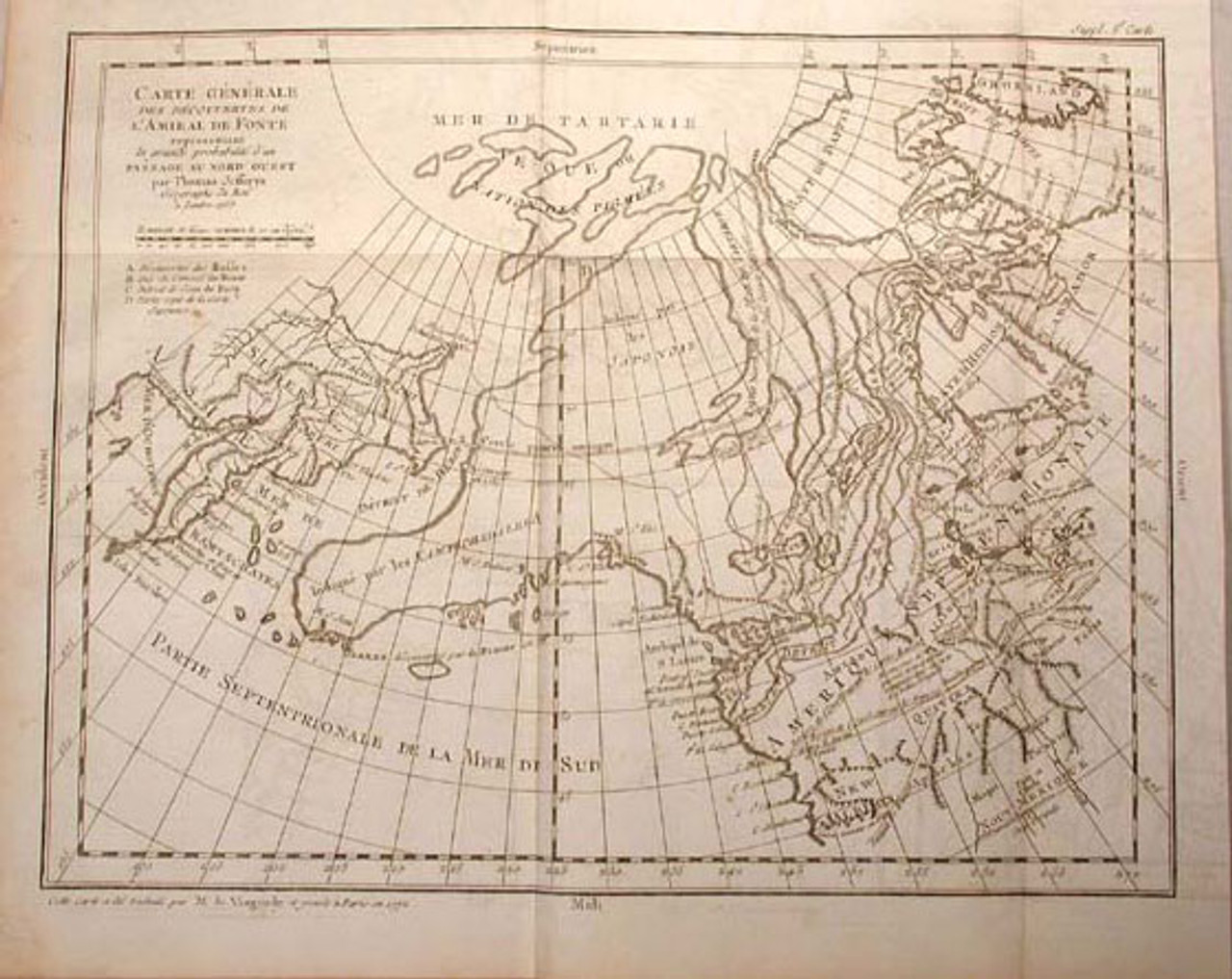 The map is based on a hoax, possibly by Daniel Defoe, that was perpetrated in a London periodical in 1708. It centers on a fictitious Spanish Admiral de Fonte. De Fonte apparently, discovered a passage, the ' Strait of Juan de Fuca' through which he sailed north east until he met a ship from Boston that had come from Hudson Bay. The British Government believed the story and in 1745 offered £20,000 to anyone who could find the route. De Lisle also believed the story and in 1752 drew the map upon which this one is based. The non-existence of the passage was proved by the explorations of Mackenzie and by Captain Cook.