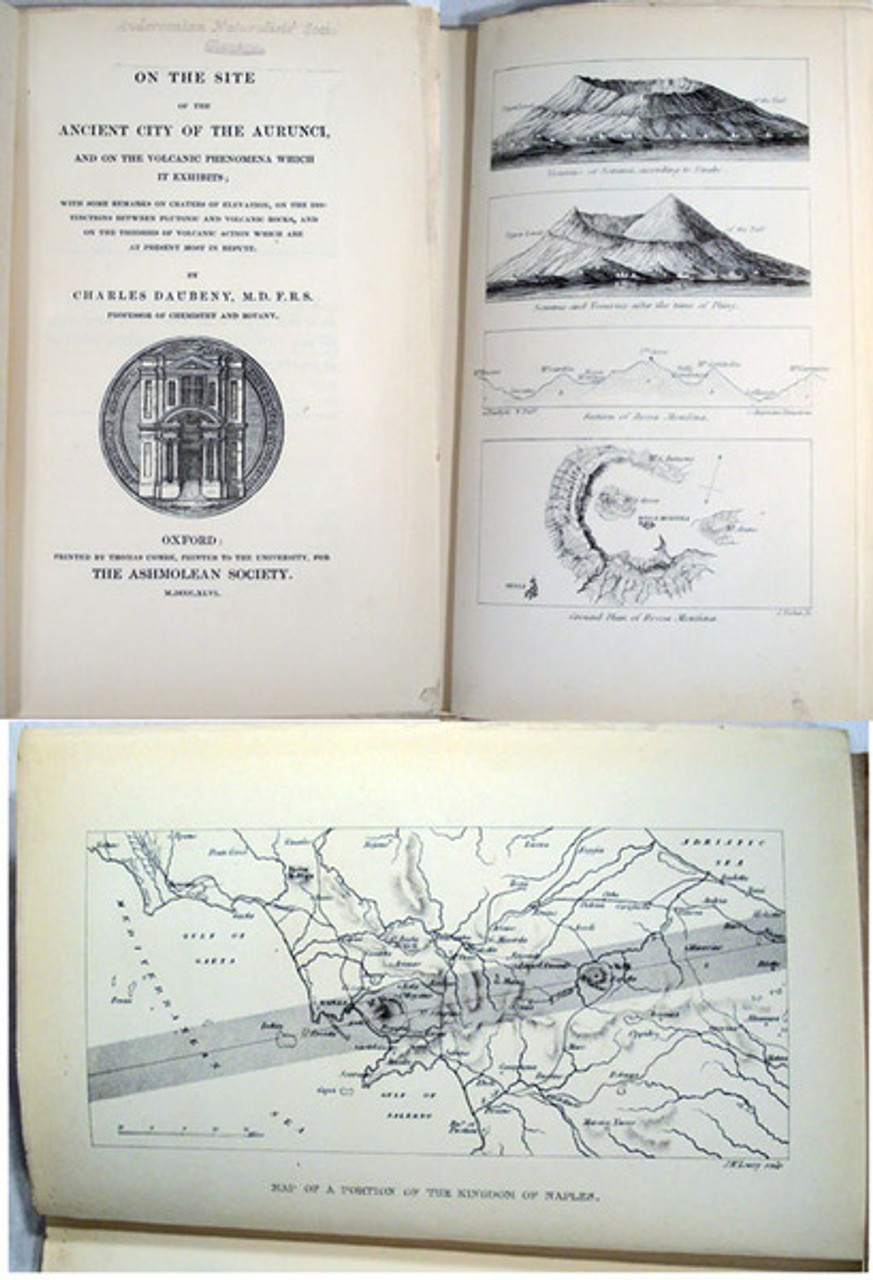 Daubeny, Charles; On the Site of the ancient City of the Aurunci, and on the volcanic Phenomena which it exhibits; with some remarks on craters of elevation, on the distinction between plutonic and volcanic rocks, and on the theories of volcanic action which are at present most in repute. Oxford, The Ashimolean Society, 1846. Large octavo, pp. 59, 1 plate and 1 map.

The work is complete and in the original title wraps. Binding is tight with minor cover edge wear, ink stamp of the Glasgow Andersonian Soc. on front and rear of wrap and title page. The text and plates are very clean. The work is housed in a leatherette box with a paper spine label. In very good condition. Rare.
FREE SHIPPING ON ALL BOOKS

Daubeny’s rare study of the volcanic province which makes up the Aurunci Mountains near Naples in southern Italy. The volcanic region derives its name from the Aurunci peoples who populated the region during the 1st millennium BC. The population was eventually conquered by the Romans who were attracted to the area and its mild healthy Mediterranean climate and a seacoast rich in marine life. Many wealthy members of the Roman Senate had villas in the area. This included the famous Roman orator Cicero who had a villa in Formia. It was at this villa that he was killed by assassins sent by Antonio in 43 A.D.
Daubeny describes the topography, history of the region, the volcanism, individual volcanoes, the volcanic deposits and also the minerals found in the area. The work is rare with one copy located in an institution in America, and 12 copies worldwide.